Consumer Reports says there have been close to a thousand complaints, on hundreds of models from dozens of automakers. 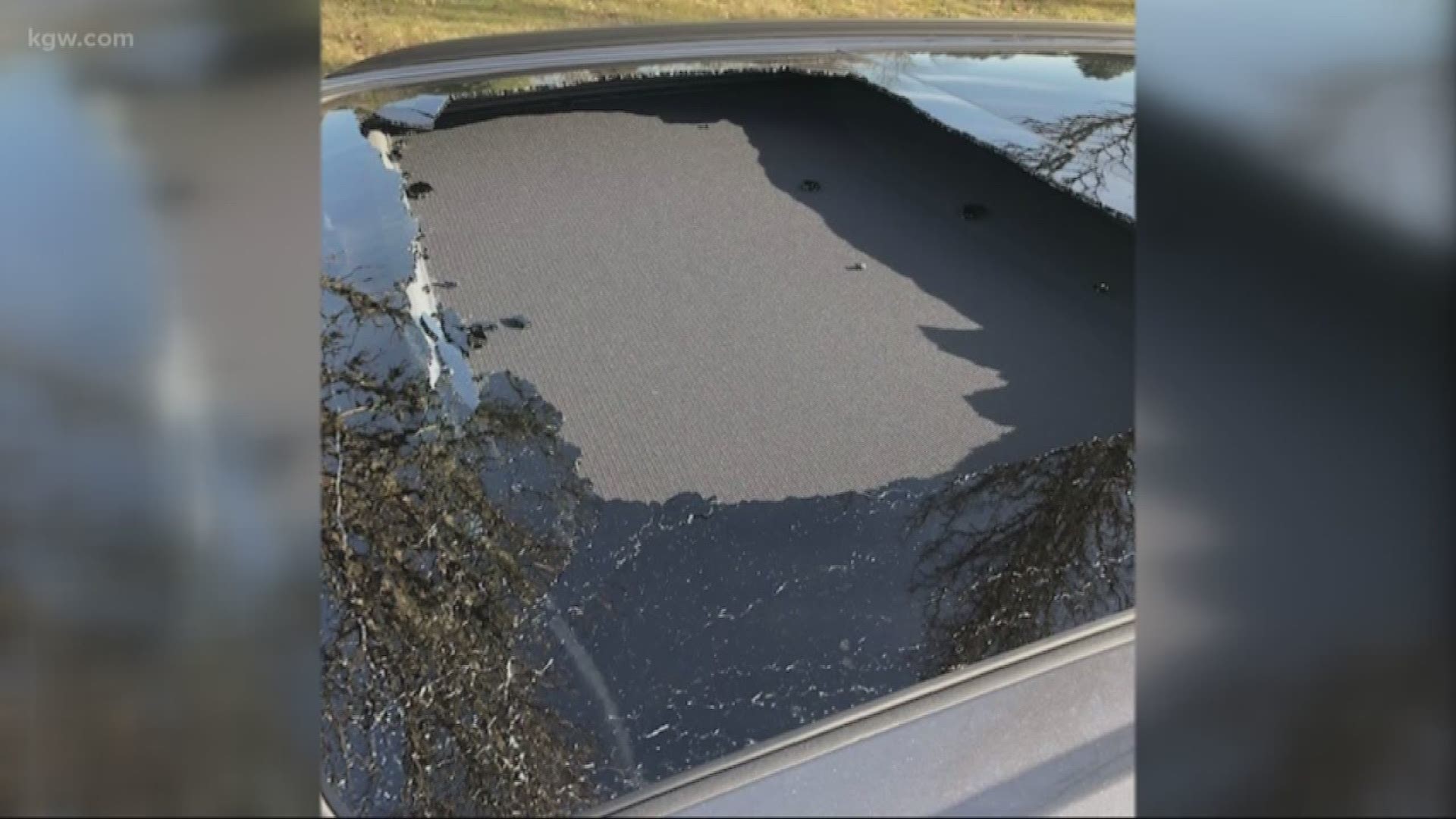 PORTLAND, Ore. — Lisa Schmaltz was driving down the road, minding her own business, when it happened.

"You hear this loud... like a gunshot, and look around like kind of thinking, 'I was in a wreck, somebody hit me, or a wreck next to me,'" she said.

But that wasn't the case. No gunshot. No wreck. No one hit her.

Schmaltz said her sunroof spontaneously exploded. She couldn’t believe it.

But the truth is, it shouldn’t be so hard to believe. Because it’s happening all over the country. Schmaltz said, admittedly, it’s probably not something people research when buying a new car.

But you can read about it for hours online.

Tracy Lenczowski is the owner of Rose City Sunroofs. He's been in business for decades. Lenczowski said spontaneously exploding sunroofs may be hard for some of us to believe, but not him.

"It happens a lot more than you think. You'll be driving down the road, it'll pop!"

Lenczowski said he’s seen a lot more of them explode in recent years.

"When I first started, I'd do like probably three to five (sunroof repairs) a month. Now I'm doing 15 to 40," he said. "A lot of people just say they blew out, driving down the road and they just popped."

There is a lot of speculation as to why sunroofs are spontaneously exploding: they're getting bigger, the glass is shaped with the car's body lines, the glass is tempered, or new installations create too much pressure.

Lenczowski said the list of possible causes is lengthy.

"They make them a lot lighter, which is going to give you the better fuel mileage, because when the car is lighter, it will increase the mileage."

Schmaltz said that is cause for concern. “It is, because if they know it’s happening, I'm surprised they're not fixing it.”

Consumer Reports says there have been close to a thousand complaints, on hundreds of models from dozens of automakers. Schmaltz was driving a brand new Audi.

“They were a little surprised, like I was the only one this has happened to, and (the dealer's) answer was a rock probably hit it,” she said.

But there was no rock. And Schmaltz did not want to file a claim with her insurance company.

Lenczowski said unless automakers acknowledge the problem, and what appears to be a manufacturing defect, there's a chance you'll end up paying for it.

“If you yell and scream enough, you might get the dealership to pay for it. Otherwise you can call your insurance,” he said.

Luckily for Schmaltz, she didn’t have to yell and scream at the dealership.

“They asked which way I wanted to go. If I wanted to go with my insurance or warranty possibly. And they did cover it with a warranty," she explained.

The NHTSA is aware of the problem and investigating, but so far has offered no resolution.