'My life got better. I got off probation': Portland police help multiple offenders get new start 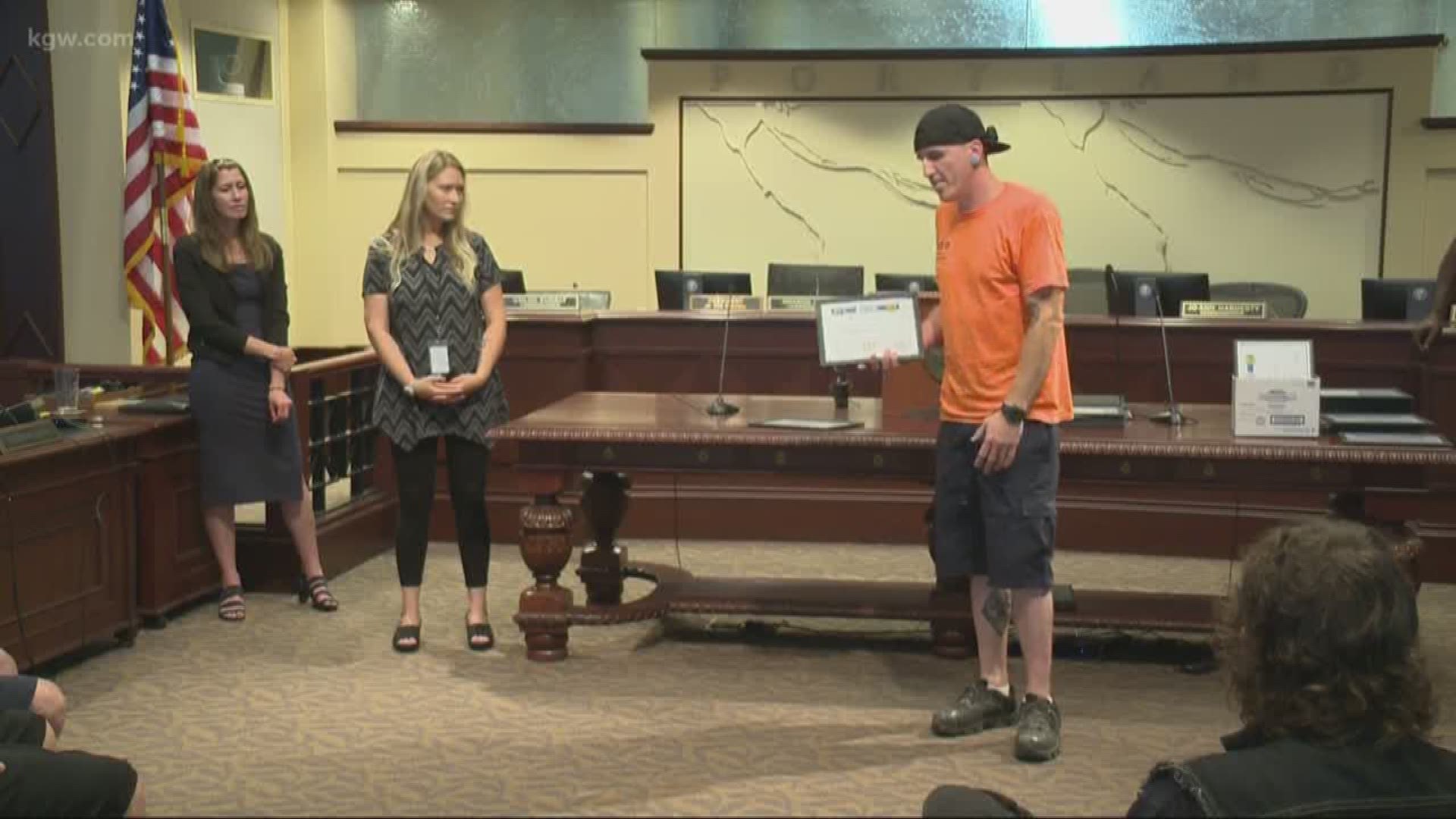 The SCT helps those who are chronically arrested and have a drug addiction get the help they need to get back on their feet. Many are homeless and instead of rearresting and sending them through the revolving door of the judicial system, officers can refer them to the program to seek help.

"My life got better. I got off probation, I got my license," said Coby Hogan. "Things just kept getting better. I stayed focused and did what was suggested."

Before he accepted help, Hogan had been homeless for 10 years battling a heroin addiction.

"I just stayed stuck, I didn't really know where the help was coming from or did I care to get help. I just continued to go back into my addiction and not really go anywhere," Hogan said.

The SCT is under the umbrella of the Behavioral Health Unit of the Portland Police Bureau.

"It's a complete 180 that we see out there. We kind of see them at their lows," he said. "We see this and it's just super encouraging to see that change."

Since the SCT started over 300 people have successfully completed the program.