'My kids won’t go back until this situation is fixed': Parents concerned about carbon monoxide exposure at Oregon Coast school 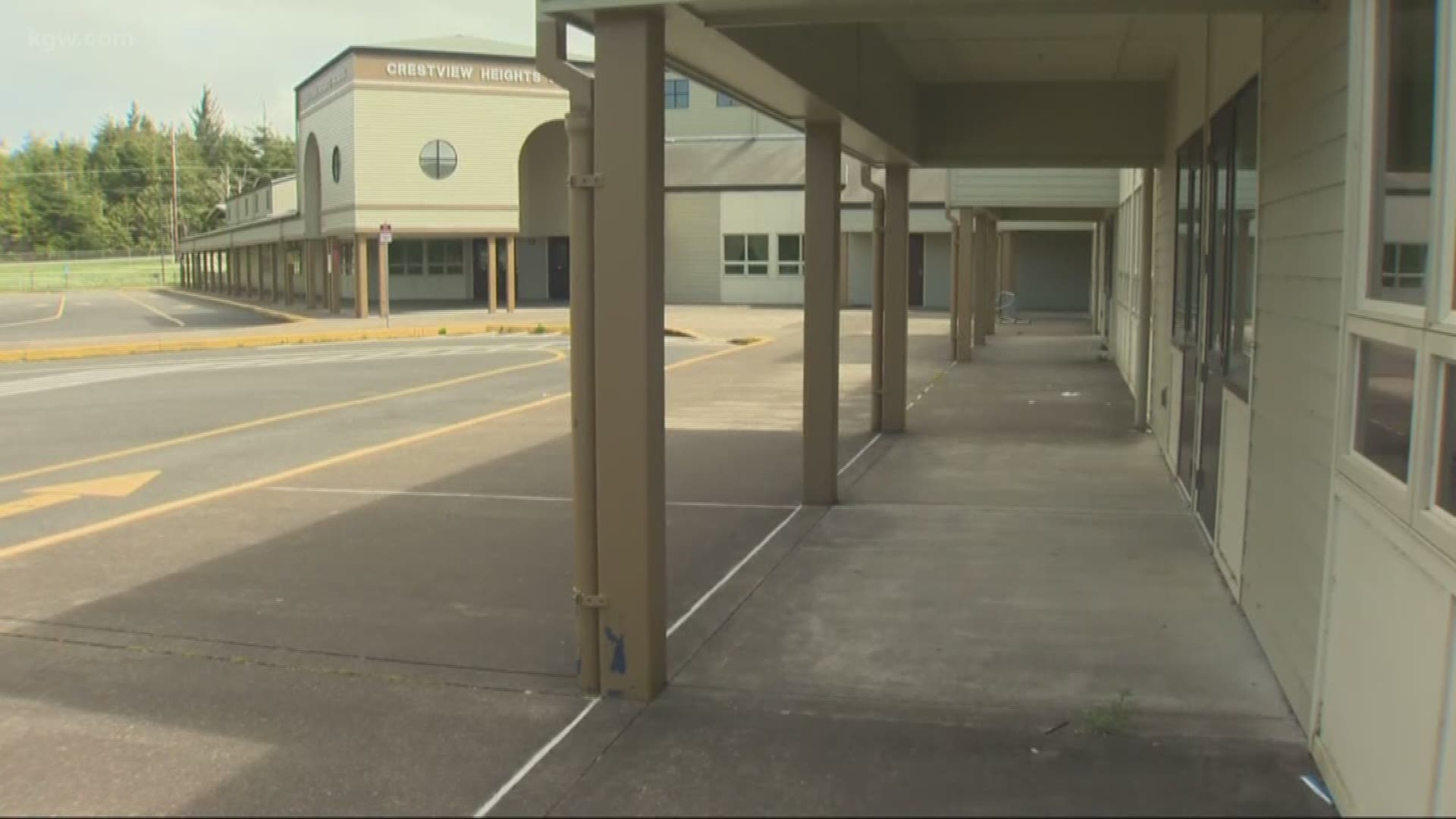 WALDPORT, Ore. — Students at an elementary school on the Oregon Coast went to the emergency room to have their blood levels tested for carbon monoxide exposure.

The Lincoln County School District superintendent announced Tuesday afternoon that classes at the Crestview Heights Elementary school in Waldport, Oregon, would be canceled Wednesday, and that the school would shut off the diesel boilers for three to four weeks to find out if it's the source.

Fourteen kids ended up at the hospital on Tuesday.

“We were doing social studies and I smelled it and my whole body was like, shut down,” he said.

His mom took Cody and his sister to the hospital. She said the carbon monoxide level in their blood was elevated.

“My kids won’t go back until this situation is fixed. That’s doctors’ orders,” said Jessica Flescher.

The school is just one of two buildings in the Lincoln County School District that use diesel to heat the boiler, that in turn heats up water that’s piped through the school and warms the classrooms.

Back on Jan. 26, it let off a cloud of smoke. A parent snapped a picture at the time. Students and teachers smelled diesel and gas inside the buildings.

Then they reported the smell two days later. And again at the beginning of April. And again last week. And again yesterday.

Lincoln County Public Health officials confirmed they are aware of an issue at the school.

Some parents think the district is lying when leaders say everything is okay.

“The picture is painted really clear, that people don’t want us to know what the truth is,” said Natasha Morton, who has a child in the school.

District leaders say they are being transparent and have told parents everything they know, including the fact that two independent reviews of the boiler found no problems and carbon monoxide monitors read zero in the classrooms.

On Monday, the superintendent issued a letter to parents that reads in part:

“The facts are that your children have not been exposed to CO on a daily basis, we are not poisoning your children and the district is not involved in a cover up.”

The superintendent told KGW she wants to get to the bottom of the problem.

As part of the process of elimination, the superintendent is ordering the boiler at the elementary and high school shut down for up to a month. That way if they smell the fumes again they’ll know it’s not the boiler.

In the meantime, she said the health department will study the children taken to the hospital to see if there are other sources that could be giving them the elevated carbon monoxide readings.

The Associated Press contributed to this story.