MC Shoehorn is one of many Portland performers trying new kinds of gigs to pay the bills during the pandemic. 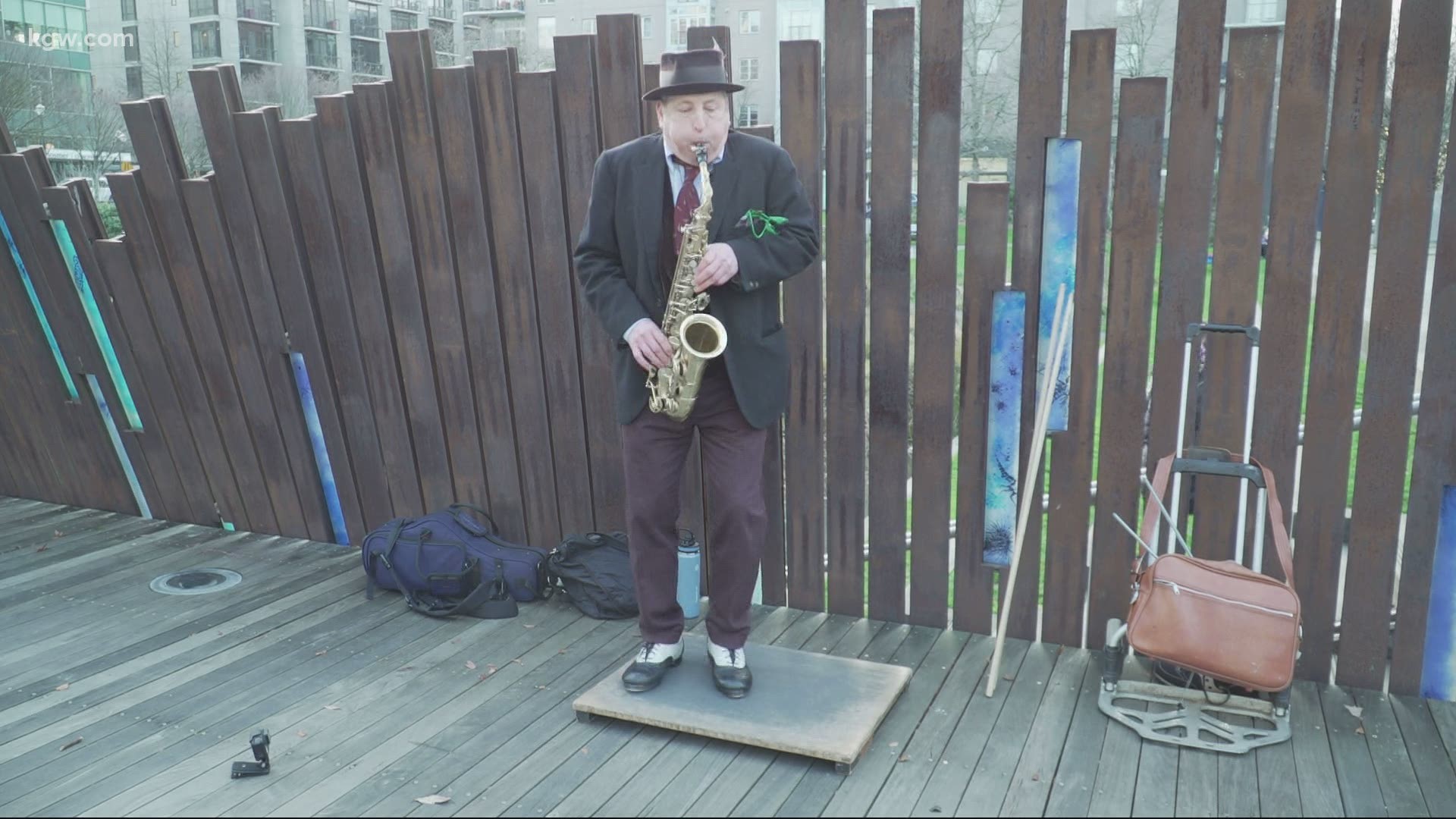 PORTLAND, Ore. — With his horn and his tap-dancing shoes, Portland musician MC Shoehorn lives up to his name. He can tap-dance and play the saxophone at the same time, among other talents.

Michael "Shoehorn" Conley discovered the saxophone as a teenager. He started tap dancing around the same time, and he has been at them for more than 40 years.

Conley's musical talents have taken him beyond Portland to places like Japan and Russia. He typically performs at festivals, in pubs and at private events.

The pandemic put a stop to all those gigs.

“A lot of us don’t have any other way to make a living, and there’s no going back for me. I’m committed to this for the long haul," said Conley.

Credit: CK
MC Shoehorn tap dances and plays the saxophone at the time. He's been at it for 42 years

So he found a new stage on the streets of Portland — his only gig right now.

"Sometimes busking is looked down upon by people, but it’s a new reality," said Conley. A new reality he finds empowering. He is now able to go find audiences, many of whom are missing the thrill of live music.

Like Isabella and Dorothy. The two young women were driving by, but put their trip on pause when they heard the tunes.

"Shut off my radio, rolled down my window to listen to it in my car," explained Dorothy. "And we just parked over there and walked over here, because he was just a lot better than what we were playing in the car, because it’s live.”

The much-appreciated tips help Shoehorn get by during these challenging times. Another payoff for him is performing again and feeling the appreciation of an audience.

"To me, music is my life, so that’s what it is for me, and I like to share that with people.”

You can keep up with Shoehorn on social media, where he also has a virtual tip jar.

RELATED: 'Music has the power to unite us': Oregon lawmakers approve $50 million in relief funds for the arts

RELATED: Musicians from around the world spread positivity, smiles in challenging times