The county is also petitioning the Oregon Supreme Court to review the 2011 case which asserts the state has failed to take sufficient steps to protect its citizens from the effects of climate change. 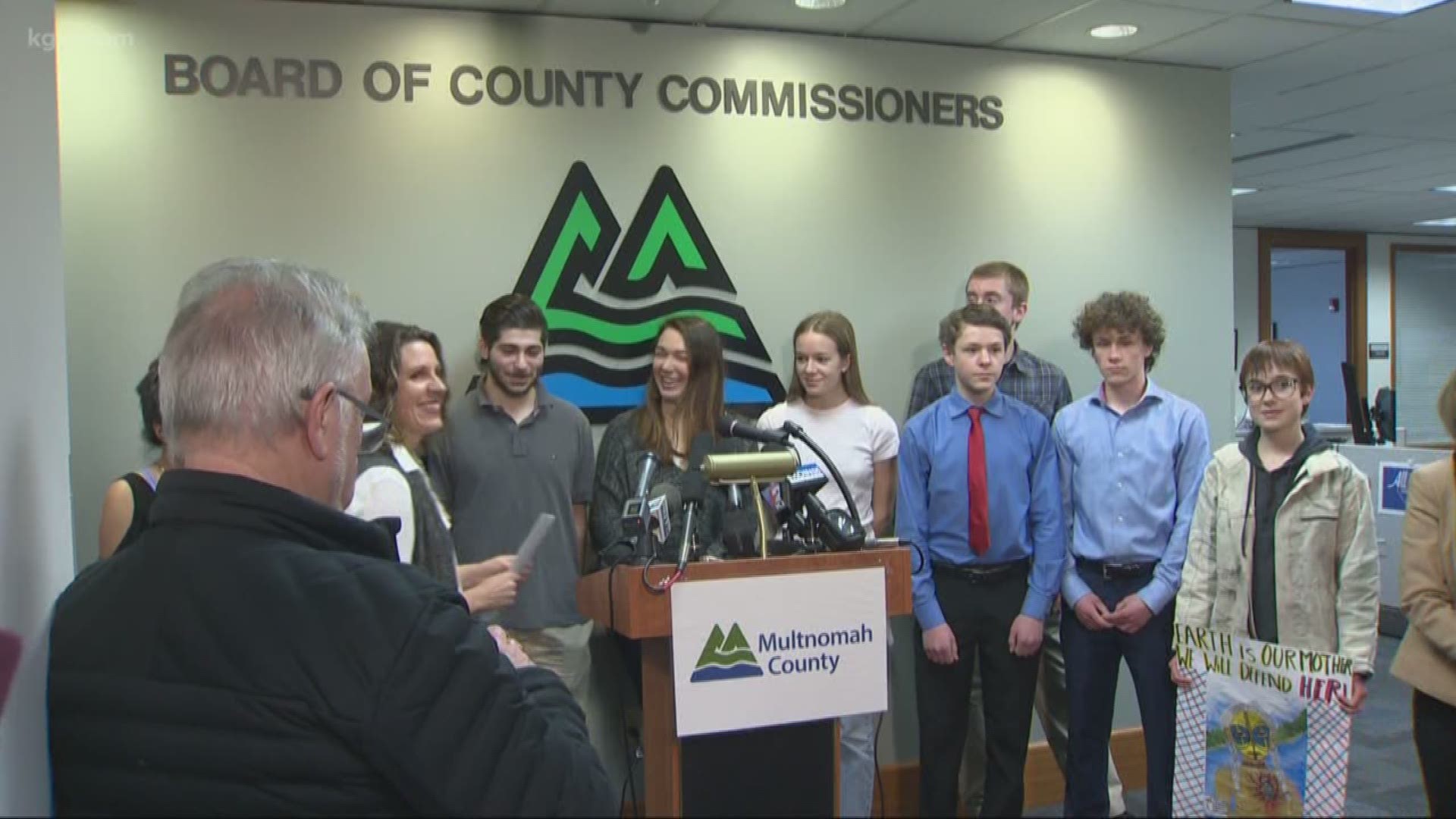 PORTLAND, Ore. — Local kids say they’re fighting for their future by taking the state and federal government to court over climate change. Friday, Multnomah County announced it is throwing legal support behind the so-called Climate Kids in a lawsuit against the state.

Alongside a group of Oregonian youth, County Chair Deborah Karfoury announced that Multnomah County has filed a petition to be a friend of the court in the Chernaik v. Brown climate case. The county is also petitioning the Oregon Supreme Court to review the 2011 case which asserts the state has failed to take sufficient steps to protect its citizens from the effects of climate change.

The suit claims Oregon has failed to protect the state’s public trust resources from climate change. It is a sister suit to a federal case which also claims the federal government is depriving the next generation of their constitutional rights to life, liberty and property.

University of Oregon student Kelsey Juliana said she has been fighting climate change in the courts for more than a decade. She is not only a plaintiff in the Chernaik v. Brown case, but also spearheading the charge in the federal suit Juliana v. United States.

“This is groundbreaking, and I think the truest form of bravery,” Juliana said. “This county recognizing the needs of young people and recognizing that this is the time, now more than ever to act on the urgency of climate change.

The federal case, which includes 21 youth plaintiffs is currently in the Ninth Circuit Court of Appeals.

Issac Vergun is a 16-year-old from Beaverton, Oregon. He tells KGW that he joined the federal lawsuit, in part, because of the impact pollution has had on his asthma. The teen hopes that Multnomah County’s support of the case, at the state level, inspires others to act.

“So many adults, even in my own city, say that they want to help youth and contribute to youth in some way, but none of them really go up there and step up to the plate,” Vergun said. “So, seeing Multnomah County really stepping up is really amazing.”

The announcement from Multnomah County comes after the Oregon Court of Appeals upheld a lower court’s decision in January that the state has no duty to protect natural resources.

“What I [hope to see] coming from the state of Oregon is that they reconsider the case and let it go to trial,” Vergun said. “Same as our federal lawsuit.”

The county claims that this “case raises essential questions—as yet unaddressed by this Court— regarding interpretation of the common law public trust doctrine.”

“Multnomah County seeks to appear both in support of the Petition for Review, and on the merits of the case on review if review is granted,” according to court documents.

While youth are leading the charge in both the state and federal cases Juliana said these suits impact everyone.

“We hold a moral stance and you can’t question that,” Juliana said. “However, this is an intergenerational movement. I think that maybe more so than any other movements.”