KGW viewers remember where they were when Mount St. Helens erupted 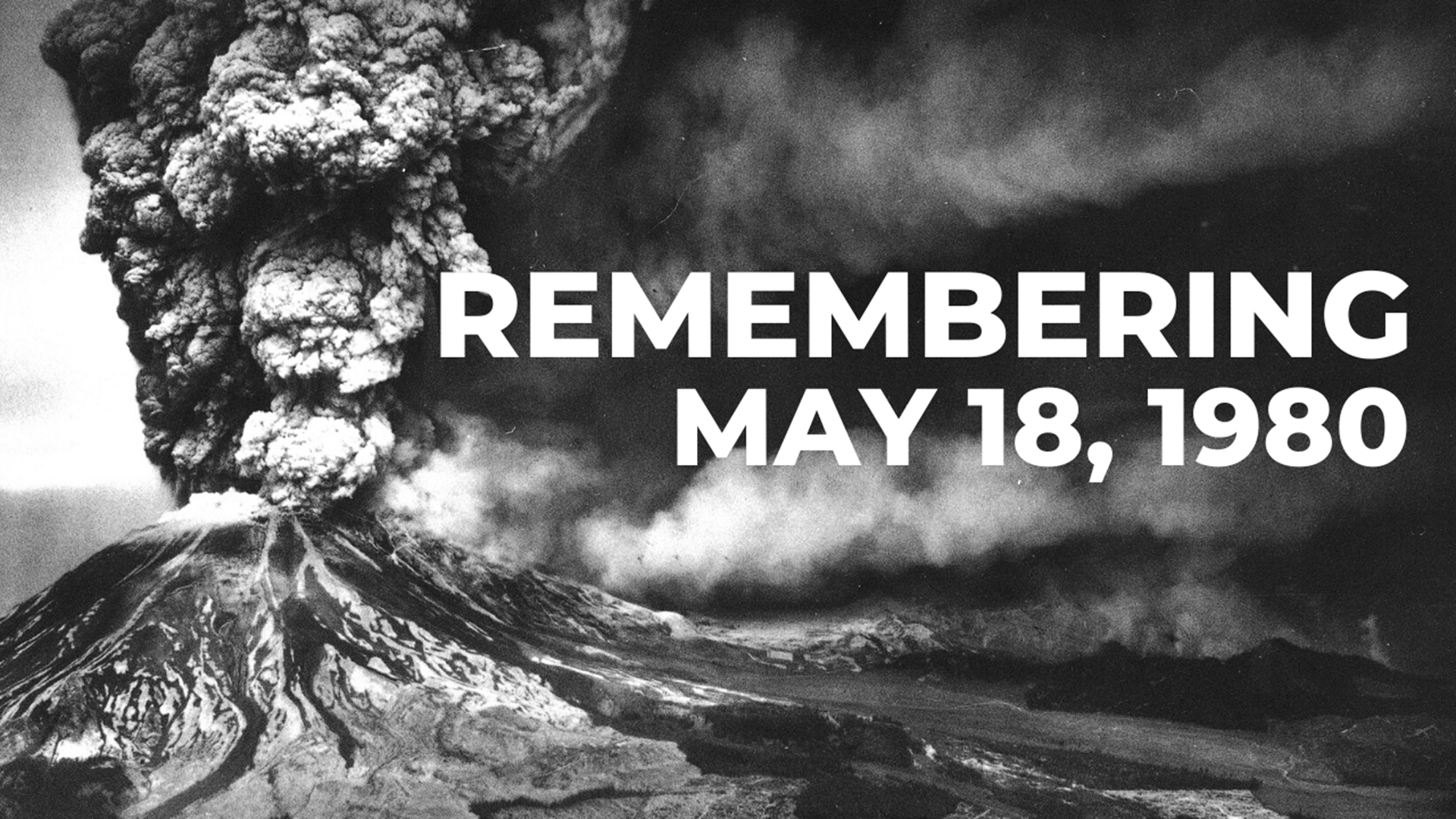 PORTLAND, Ore — On Sunday morning, May 18, 1980 at approximately 8:32 a.m. an earthquake caused the north face of Mount St. Helens to slide away, triggering what would become the most devastating volcanic eruption in U.S. history.

Within seconds a plume of black smoke and ash filled the sky. By noon the cloud of volcanic debris had reached Spokane, Washington, and in a matter of hours day turned to night.

For those living in the Northwest it was a day they would never forget. We caught up with six KGW viewers who recall where they were when Mount St. Helens erupted and what they remember from the days that followed.

Credit: ASSOCIATED PRESS
In this May 19, 1980 file photo, clouds from the Mount St. Helens volcano move over Ephrata airport in Washington, days after the volcanic eruption. (AP Photo/Mike Cash, File)

Michael Frasier was a graduate student at Eastern Washington University on May 18, 1980. He recalls leaving the library around midday and seeing a dark, ominous cloud approaching from the southwest. It wasn't until he got home that he realized what had happened.

"I got back to my apartment and it kept getting darker and darker. I just figured that we had a huge storm coming and I finally turned on the television and there was a blurb saying that Mount St. Helens had erupted and as the afternoon kept going and getting later and later it got darker and darker."

"The closest thing I can relate it to is being in an eclipse during the middle of the day. And if you've ever been in an eclipse, animals don't handle that really well, when it just suddenly gets dark like that. They're used to the sun. And so the birds that were in the trees outside my apartment were just going crazy. They were flying all over the place and acting really, really strange. And then it started snowing and there was all kinds of ash falling."

George French heard about the eruption on the radio as he was finishing his morning cup of coffee. Eager to witness the dramatic event, French woke his family and piled them into the car. He drove north until he could see the mountain spewing ash into the sky.

French doesn't recall the same eclipse-like conditions that affected cities east of Portland but he does remember being scolded by his mother for driving closer to the erupting volcano.

"I got back and I told my mom, and she gave me heck for taking her grandbaby closer to the mountain. But everything turned out okay."

Sandy Branch watched the eruption from the top of Ten O'Clock Hill just outside Beavercreek, Oregon in Clackamas County. She sat with her mom and siblings looking on from a distance.

"I was never scared, it was just something I'd never seen before. I just felt in awe at the power of nature."

A fifth-grader at the time, Branch vividly remembers the next day at school, as classmates recounted where they were just a day earlier.

Branch's father filled Pepsi bottles with ash and still has them to this day.

Credit: ASSOCIATED PRESS
The streets of Yakima, Wash., are dark at 3:00 PM after an eruption at Mount St. Helens, May 18, 1980. White volcanic ash covers the streets and passersby wear masks to avoid breathing the ash. (AP Photo)

Tammy Blankenship saw the eruption from her balcony on the Oregon side of the Columbia River. Pregnant at the time, Blankenship was concerned she might inhale ash and remembers wearing a face mask out in public. She said the ash was around for weeks.

"It was on every surface of everything, you couldn't even sit down anywhere out in public or lean against anything without getting a bunch of ash on you. It was very strange."

Blankenship later learned that family friend Bob Kaseweter was at his cabin on the mountain when it erupted. Amateur volcanologists, Kaseweter and his girlfriend Bev Wetherald had been permitted to study and photograph the volcanic activity. They were two of the 57 people who lost their lives that day.

Sally Hanslits and her daughter were about to take off on a United Airlines flight to Michigan when the pilot announced what had happened. Once airborne, Hanslits recalls looking out the window on the left side of the plane as it flew by the plume of ash.

"It looked just like the atomic bomb going off. It was going in all directions and it was really frightening."

Her daughter sat on her lap as they watched history unfold.

"It was a very, very emotional thing that I'll never forget."

Pat Meyer woke up on Sunday morning and noticed the air outside seemed especially gray. She had been following the smaller eruptions in the weeks prior to the major event but like everyone else, she didn't know when 'the big one' would happen.

A week later Meyer had the opportunity to join a news crew and take photographs of the crater from above. That's when she saw the magnitude of what had happened.

"The one thing that I will forever remember is the landscape change visually from above and seeing how everything looked gray. It was like the surface of the moon. All of the trees were stripped like somebody had sucked chicken off of a chicken wing, and they were all laying perfectly flat in the direction of the blast. They were like toothpicks all lined perfectly from the center of the mountain out. That was incredible to see."

Credit: AP
In this May 20, 1980 file photo, trees knocked down by the May 18, 1980 eruption of Mount St. Helens are shown along a logging road near the south fork of the Toutle River in Washington state. As the 30th anniversary of the eruption approaches on May 18, 2010, scientists are still learning from studying how the area devastated by the blast continues to recover from the eruption. (AP Photo/Perry, File) 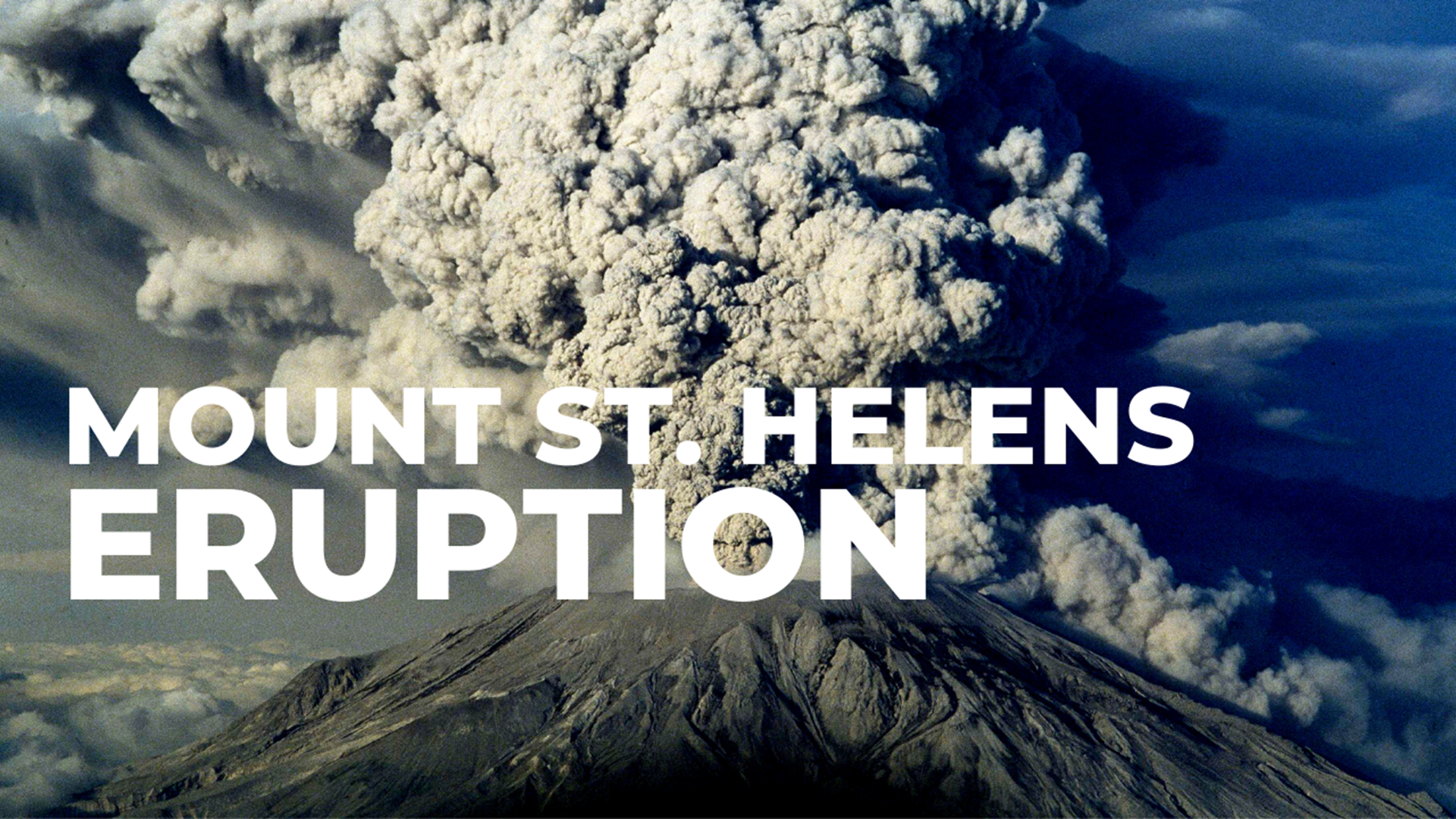