Family scrapbook tells the story of a photographer who lost his life in the Mount St. Helens eruption

Paul Schmidt was about four miles away when it blew, one of the 57 people killed. Forty years later, his memory lives on in a scrapbook. 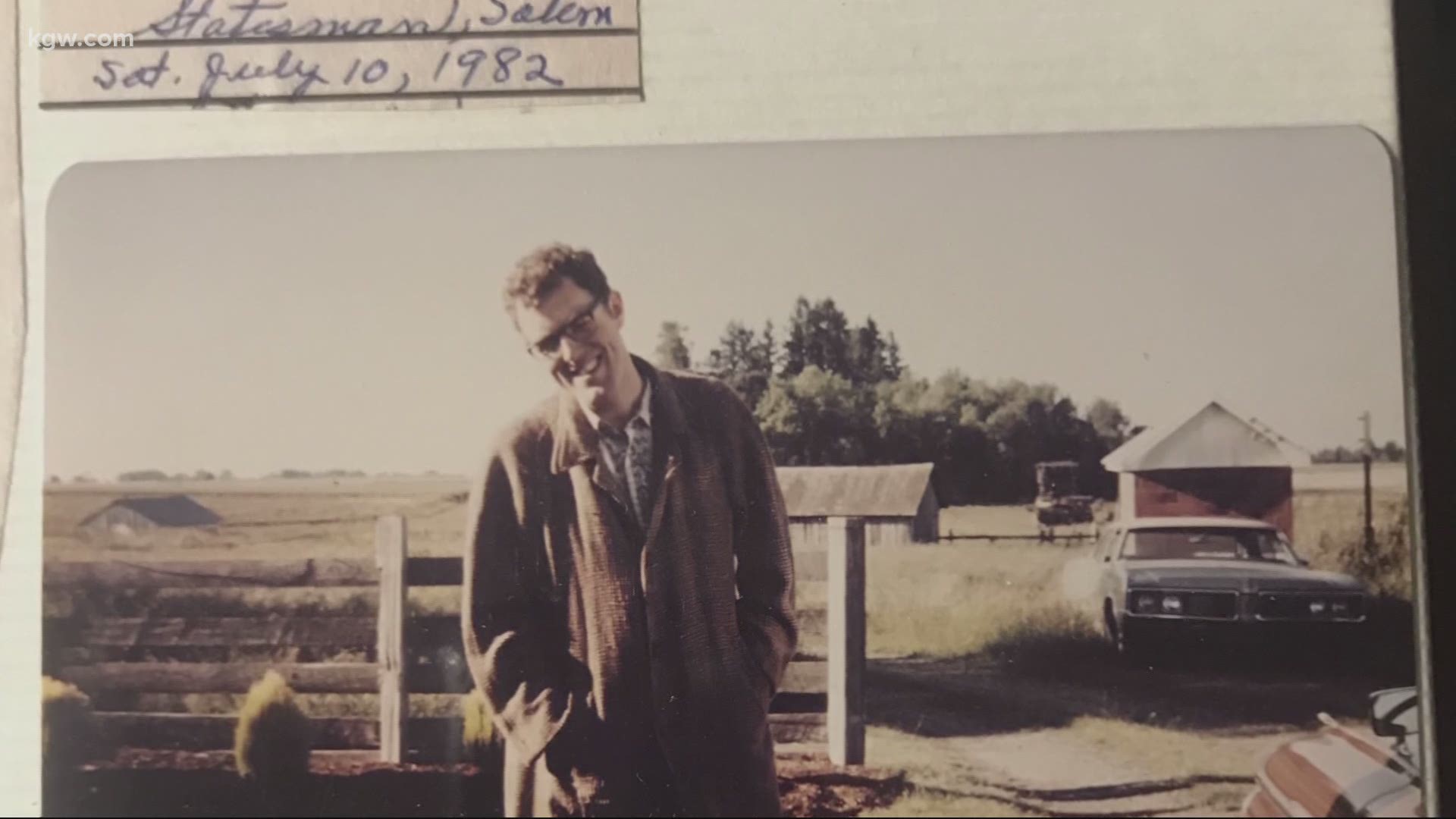 PORTLAND, Ore. — Monday marks the 40th anniversary of a day that shaped the Pacific Northwest forever: the eruption of Mount St. Helens.

For those who lived through the day the mighty mountain blew her top, May 18, 1980 is a date they will never forget. For those who came after, it's something they've learned about for decades.

Fifty-seven lives were lost because of Mother Nature's power in 1980 - and lives were changed forever. We learned so much from the violent eruption and important volcanic research continues today.

Paul Schmidt loved capturing photos of fascinating places. At 29 years old, the adventurer who loved traveling and photography was taking pictures of Mount St. Helens the morning of the eruption.

Paul was hiking alone about four miles away when the mountain blew, and was one of the 57 people killed that day. Forty years later, his memory and adventurous life lives on in a scrapbook his family cherishes.

The calm before the blast, Paul snapped a photo just minutes before the eruption.

John says Paul went up to Mount St. Helens often to take pictures, even though their mom warned him not to because there had been a great deal of activity in the months leading up to the eruption.

Paul traveled from Silverton, Oregon up to the mountain every week or two.

“To get the perfect sunrise picture. He was fascinated. The ever-changing potential of what it might do,” John said.

Forty years later, John's heart still aches as he recalls the phone call from his parents saying they didn't know where Paul was.

The Schmidts eventually learned that Paul drove his car up near Spud Mountain in Washington, northwest of the volcano.  Search and rescue crews scoured the area six times and couldn't found his body. While his car and keys were discovered among debris about a week after the blast, it took years to find his body.

"You can imagine the emotional stress of parents during that time because there was no word from anyone for two-and-a-half years. My mom was really depressed,” John said.

As one article from the time states, a logger eventually found Paul's remains "amid a jungle of trees, some still standing and others blown down by the force of the volcanic blast."

All his journeying was ended by the volcano.

“Either he was running up or running down the mountain when a tree went down and it broke his right shin. And he was buried in the ash," John said.

If Paul had stayed in or near his car, he may have lived. The vehicle wasn't impacted by the blast.

Paul's prized possession, his 35-millimeter camera, was found buried under his body.

Crews salvaged it and the film inside the camera survived because the cannister was sealed tight, John says.

Their mom put his photos in a scrapbook, on pages filled with newspaper clippings from the time, Paul’s obituaries, sympathy cards from friends and family, and letters Paul had written his mom and dad in the past.

“I wouldn’t want that wished on any family or any parent – especially parents, oh my gosh,” John said. “It had this tragic end but he did what he loved. He traveled, he took chances.”

We have a special page on our website dedicated to the Mount St. Helens anniversary, with several articles about the eruption ad all the stories we've been sharing on KGW.