A decision by the Portland school board that requires Franklin High School to change its Quaker mascot and nickname is stirring up a bit of controversy. 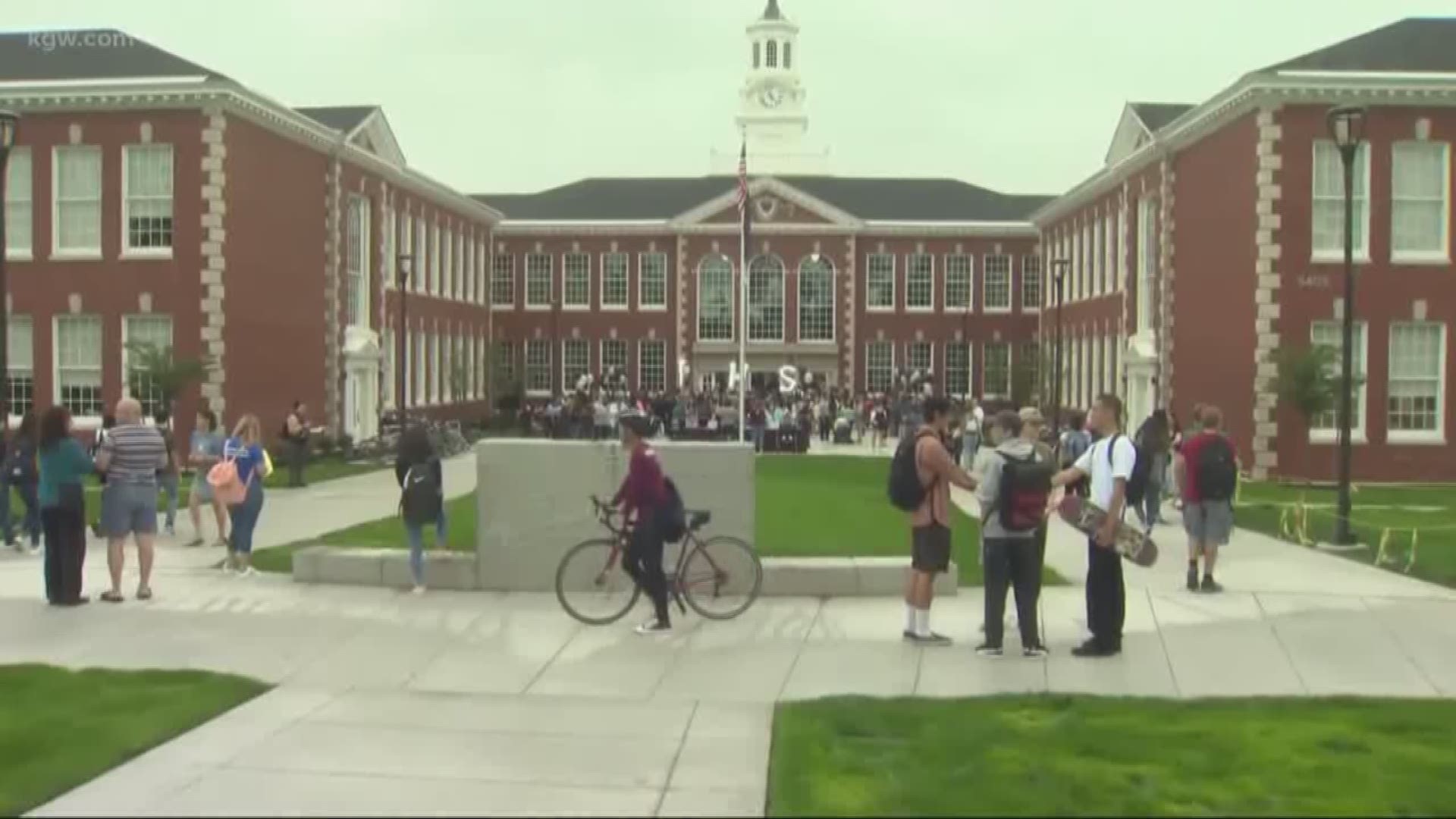 PORTLAND, Ore. – A decision by the Portland school board that requires Franklin High School to change its Quaker mascot and nickname is stirring up a fair amount of controversy.

The board voted unanimously to eliminate the Quaker connection at their meeting Tuesday night.

The board changed its policy for naming protocols at schools last month, creating a new guideline that says names can't "be be a person, location or character whose primary identification is of a religious nature or be a name of a religious group or members."

VOTE: Do you agree with the school board's decision?

Franklin High is named after Ben Franklin. The founding father was not a Quaker but he helped start the University of Pennsylvania, which has a Quaker mascot. In it's resolution to order the change, the district made no consideration of the name of the high school, only the Quaker mascot and nickname.

The alumni association Facebook page was lively with reaction.

"This is pure nonsense," wrote one alum. "The Franklin High nickname and mascot has as much to to with the Quaker Oats company as it has to do with any religion."

But Mia Pisano, a Franklin High parent and member of the Quaker faith who started the movement to change the mascot and nickname six years ago, said religion shouldn't be a part of any school.

"Substituting any other religion really shows the absurdity of it."

Pisano said the PTSA voted to go to the school board twice and request a name change, she said, but nothing happened until the district revised their policy last month. Because Quakers is a name of a religious group or its members, the name violated the new policy, so the board determined the change needed to happen.

"I'm very happy because it's not easy to embrace change," Pisano said. "[The school board was] willing to listen and willing to hear that although it was a tradition of over 100 years that people really feel tied to, they saw the importance of change. They were able to embrace that and that takes courage."

Franklin High junior Malik White disagrees, saying the mascot has nothing to do with the Quaker religion.

"I don't feel like it's necessarily religion," he said. "It's just what Franklin students over the years have built up and what the Quakers means to us as students. I don't like the fact that people are trying to change it and take away everything from the older generations and destroy what they've done already."

Another controversial aspect of the decision is the cost required to make changes to the school and its property. Franklin High was recently closed for two years of renovations, paid for in part by a $482 million dollar bond voters approved in 2012. The school reopened in time for the 2017-18 school year.

"I don't like the fact that it's going to cost a lot of money to rename and change everything," White said. "I don't know what they're going to do with all the jerseys that were literally brand new this year. The whole basketball court says Quakers in the middle and the bleachers say Quakers too. It's going to be a lot of money wasted."

The board directed school district staff to present a new mascot and nickname at the May 22 meeting, with a renaming process scheduled for completion by June 2019.

One student, junior Evelyn Hernandez, said she'll be patient and see what happens.

"I've just known Quakers pretty much my whole life," she said. "It's kind of weird, but I'm interested to know what mascot we're going to have and the name of it."