The roped-together couple suffered non-life-threatening injuries despite the long fall.

The couple was roped together but were not setting anchors to hold a fall, according to Portland Mountain Rescue (PMR). One of them lost their footing and fell, and since they were roped together, they both fell 700 feet down a crater wall, PMR told the Clackamas County Sheriff’s Office. Their fall came to a stop west of Hogsback, behind Crater Rock at about 10,000 feet in elevation. PMR said the couple landed close to the Hot Rocks fumarole.

The first team of rescuers reached the couple just after 1 p.m. They feared the couple had suffered significant injuries but confirmed the woman suffered moderate injuries and the man just minor injuries. A helicopter was called off for the rescue because their injuries were not critical.

Credit: Clackamas County Sheriff's Office
A couple were rescued after they fell about 700 feet while climbing Mount Hood on July 26, 2020

Rescue teams stabilized the woman and began their descent to Timberline Lodge. The man came down under his own power and helped rescuers with getting his wife down the mountain. They reached Timberline Lodge at 6 p.m. and the woman was taken to a hospital for treatment to her non-life-threatening injuries.

The Clackamas County Sheriff’s Office warned climbing Mount Hood this time of year is not advised due to snow melt, ice fall and rock fall dangers.

Editor's note: An earlier version of this story identified the climbers. They have since asked not to be identified and KGW has removed their names. 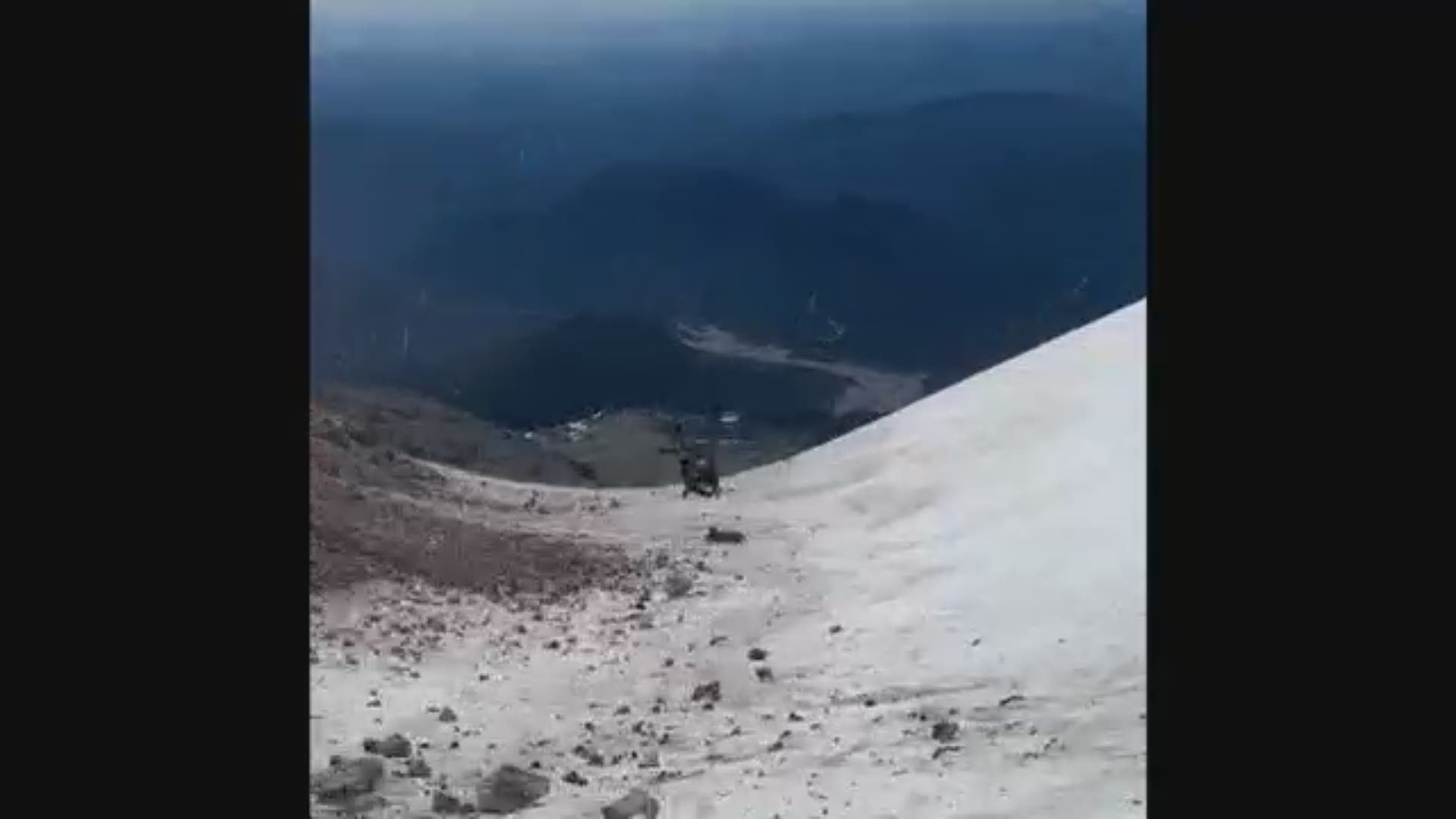