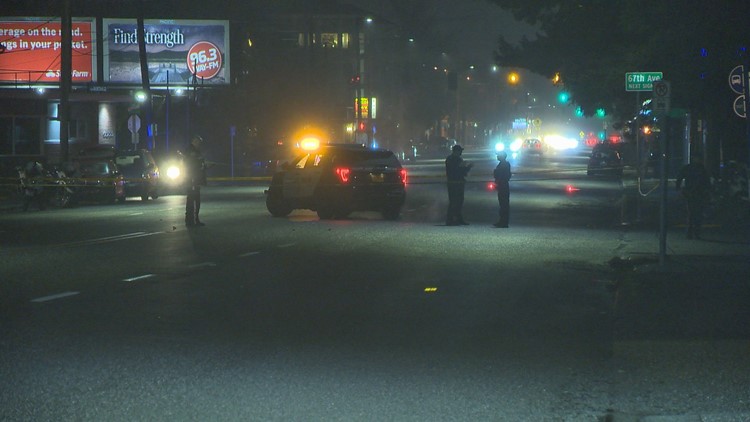 Motorcyclist dies after crash with car in NE Portland

PORTLAND, Ore. — UPDATE: Portland Police have said in a release that the motorcyclist was a 50-year-old man from Gresham, but his name will not be released.

Police investigation suggests that the motorcyclist was eastbound on Northeast Sandy Boulevard when he crossed into oncoming traffic and crashed into the driver's side of a Honda CRV. Police said speed also appeared to be a factor.

This is the second fatal crash in Portland this year, according to police.

A motorcyclist died following a crash with a car in Northeast Portland late Saturday afternoon, according to police.

The crash occurred shortly before 5 p.m. at Northeast Sandy Boulevard and 65th Avenue. The motorcyclist was treated by paramedics at the scene and taken to a hospital, where he later died. His identity has not been released.

The driver and passenger in the car were not hurt and cooperated with investigators.

RELATED: Family of boy hit and killed in Gresham overwhelmed by community support