Christina Dixon is being held at the Clackamas County jail on charges of custodial interference and criminal mistreatment. 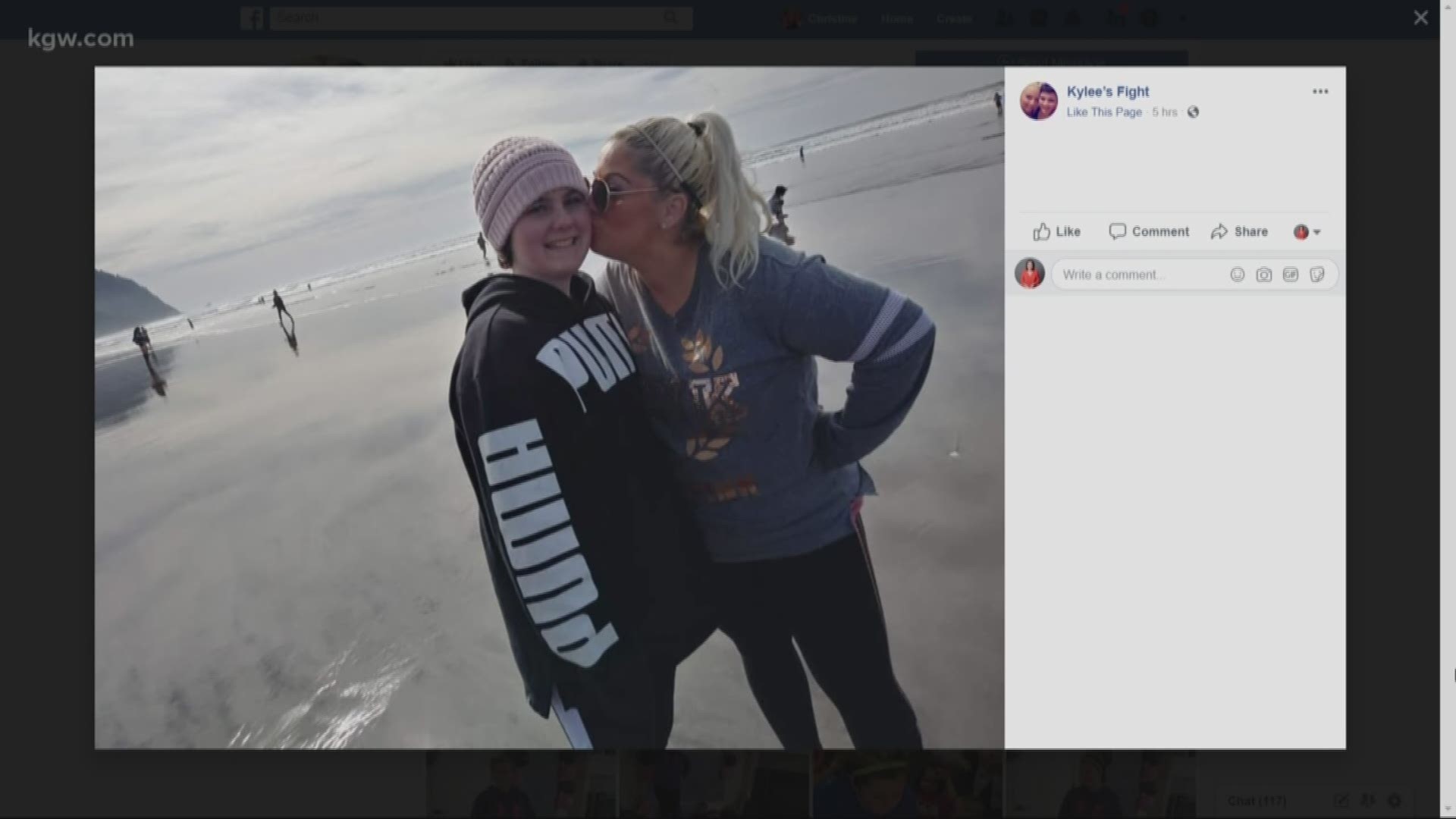 Editor's note: The video above is from July 29 and explains that Christina's daughter, Kylee, wants to continue with the alternative medicine her mother was using to treat her.

PORTLAND, Ore. — Christina Dixon, the mother of an Oregon girl caught in a medical custody battle, turned herself in to police overnight, KGW's Kyle Iboshi reports.

Dixon is being held at the Clackamas County jail on charges of custodial interference and criminal mistreatment.

Kylee Dixon, Christina Dixon's 13-year-old daughter, has liver cancer. A doctor ordered a prescribed treatment of chemotheraphy and surgery, but Christina Dixon refused the orders and turned to alternative medicine.

Dixon told KGW she believed an alternative treatment of vitamins, herbs and pure CBD oil had been effective in treating Kylee's cancer. Without full access to Kylee's full medical records, KGW was unable to independently verify the claim.

On June 7, the Clackamas County Circuit Court issued a pickup order for 13-year-old Kylee Dixon to be placed in the custody of the Oregon Department of Human Services, the state child welfare agency.

On June 10, the Wilsonville Police Department sent out an advisory asking for the public's help in finding Kylee, who was believed to be with her mother. The Clackamas County Sheriff's Office issued a bulletin titled, "MISSING/ENDANGERED JUVENILE," with a photo of Kylee and her mother and a description of the car they might be driving.

Police in Nevada received a tip from the FBI and sheriff's office on June 13 that Kylee and her mother were at a hotel in Las Vegas. Kylee was taken into protective custody and transferred back to Oregon.

Dixon wasn't arrested at the time. A warrant was later issued for her arrest for charges of criminal mistreatment and custodial interference, according to Catherine Terwilliger, an attorney with the Oregon Department of Justice.

In late July, a Clackamas County Circuit Court judge ruled that state child welfare workers can make decisions for Kylee despite her mother's opposition to chemotherapy and surgery.

Parental rights advocates and family of Christina believe the state went too far by removing Kylee from her mother's care. Supporters call the state's decision to take custody of Kylee "medical kidnapping."