A Thanksgiving decades in the making: Mother and son reunite after nearly 60 years apart

A genealogy website, social media, and, perhaps fate, helped bring a mother and son together. 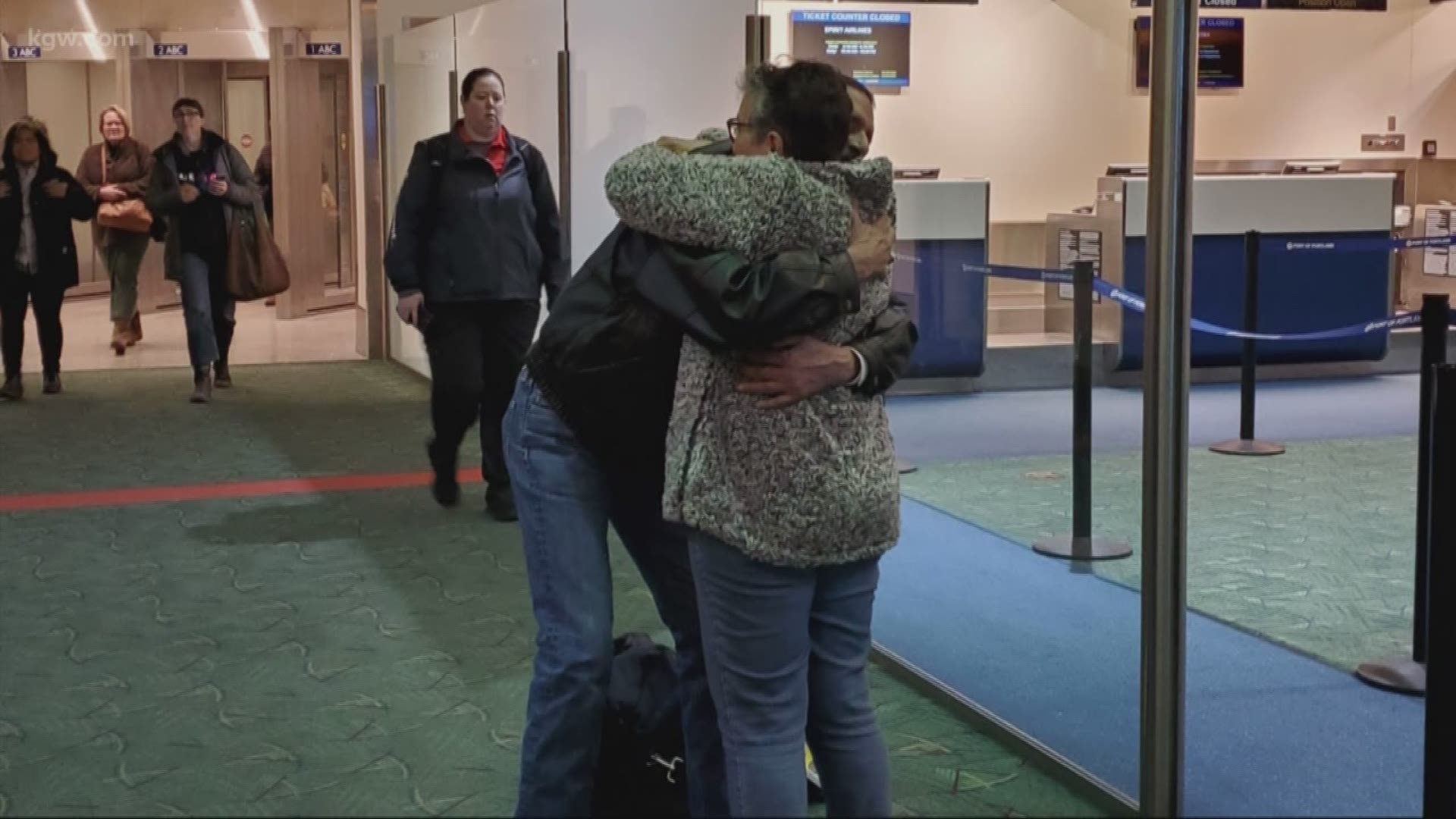 VANCOUVER, Wash — On Saturday, John Hart prepared to fly back home to Wichita, Kansas after spending Thanksgiving with his family in Vancouver, Washington.

“I hadn't had that kind of Thanksgiving in I don't know how many years. It was the best Thanksgiving that I've had in forever,” Hart said.

Hart’s praise is not for the stuffing. It was the best Thanksgiving because it was a celebration nearly 60 years in the making. Or as Hart likes to think of it, divine intervention.

Growing up, Hart always knew he was adopted and loved his parents dearly, but when both his mom and dad passed away within the same year, he had a longing for family.

The year was 1987. That is when he started his search for his biological family.

However, making his way to Vancouver to find them was not an easy road.

Hart paid a company to find his biological mother. He spent thousands of dollars and years without any real leads.

“It's just one wall after the other,” Hart said.

Hearing stories of other families finding each other through genealogy websites and kits, Hart eventually turned to Ancestry.com. He found a match for a close relative, but it turned into another dead end.

“It just seemed that every time I tried to do something there was always a stop,” he said.

Little did Hart know his biological mother Rosie Ashmore was looking for him all along.

In 1963, Ashmore was a teenager and living with her mother in Los Angeles. When she was just 17-years-old she was raped and became pregnant.

“At that time if a girl got pregnant it was her fault, no matter what the circumstances were,” Ashmore said. “So, she said we can't have this, we have to hide this.”

Ashmore’s mother took her away to have the baby in secret.

Life continued to move forward for Ashmore. She went on to get married and raised two children: Steve and Julie. But the son she gave up never left her mind or her heart.

“I wanted to find him, I needed to find him to tell him that I know in my heart I always did love him and that it was out of my control that I could not find him,” she said.

Ashmore too turned to Ancestry.com. Where she too found a match. It was her son, John Hart. She immediately tried to contact him, but Hart never got the message.

Finally, about one month ago there was a break. That close relative Hart found on Ancestry.com more than a year ago told the family about the connection, not knowing Ashmore was looking for her son.

Ashmore had told her children about the son she gave away, but her other families did know what she was searching for.

That’s when Ashmore’s granddaughter got to work on social media. Hart’s two daughters back in Kansas did the same. Within days the mystery was solved. Mon and son had found each other.

“To have all this come through my children was – it was very overwhelming,” John said.

Hart flew into PDX just ahead of Thanksgiving for a very emotional reunion with the mother he hadn’t seen since birth.

“It's like the puzzle. There's all these pieces of puzzle out there that have finally started to be put together,” Ashmore said. “And him coming through the airport and me seeing him, it's like the last piece of the puzzle in place. It was just meant to be.”

“The way that they welcomed me and have accepted me and loved me -- it's more than any one man deserves. A second chance at love and life,” Hart said.

Hart not only found his mother, but his brother and sister as well.  They say they plan to talk just about every day and are already looking ahead to the next visit.

READ: DNA test leads Tennessee man to Colorado to have dinner with his father