Derelict motel being transformed into housing for people recovering from alcohol, drug addiction

An old Clark County motel known for drugs and crime is becoming a safe place for people to live and recover from addiction. 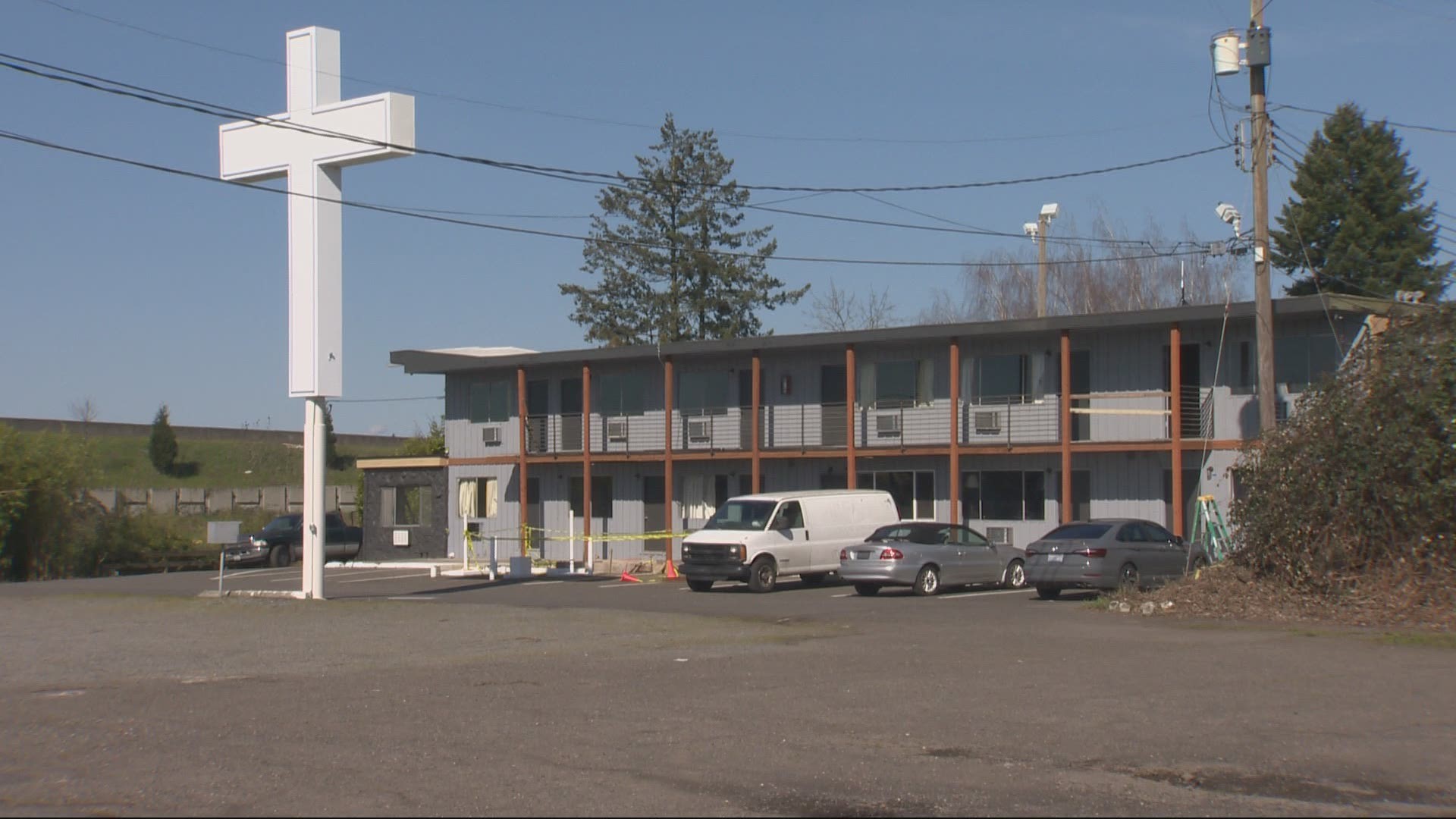 HAZEL DELL, Wash. — It's been a landmark for decades between Interstate 5 and Highway 99 at 78th Street in Hazel Dell. For many years though, it's been a sad landmark.

The old Value Motel offered $39 rooms and a place for serious trouble to flourish.

“Drugs everywhere, crime scenes, the police were-- they were even scared to come here, it was just awfulness,” said James Kasper.

With the derelict motel finally shut down, Kasper and crew have spent the past six months transforming the place into a recovery community for those putting drugs and alcohol behind them. Like Kasper did 18 years ago.

After 11 DUI offenses and several years behind bars, Kasper finally had enough. He said judges in both Washington and Oregon saved his life.

“They were done with me. And I was going to kill somebody; vehicular homicide, driving drunk,” said the journeyman sandblaster-painter.

Living a life of sobriety for nearly two decades, Kasper hasn't given up on working hard, now as a builder. It's allowed him to give back, rebuilding the motel with help from a few dozen clean and sober workers, and a higher power.

“To bring (the motel) to what it is now is God, God and more God," he said. Kasper has erected a four-story, neon-lit cross on the property, he said, symbolizes hope.

Behind the cross, Kasper Recovery Housing will be 62 units, divided into a men’s and women’s side. Residents will pay rent and be held accountable; the main requirement to live in the community is sobriety.

“You're going to know when you walk out your front door that your neighbor is clean and sober," Kasper said. "It's for women and children, or men and children, and I want you to have a beautiful new fresh life.”

For many, the life-saving will come from 12-step programs. Kasper has that covered too, having transformed an old rundown bar and grill on the property into the Ironhorse meeting hall. Kasper knows the meetings will fill up, and so will the rooms of the old value motel.

The hope for those who land here?

"That they live a good life, clean and sober," Kasper said. "A lot of moms and dads in their 20s might start out here and they have a clean and sober place to live that they can drive by 25 years later and say, 'I used to live there and that place saved my life.'"

Kasper just received building permits from Clark County for some final work on the project, including installing new fabricated steel stairways. He plans to have Kasper Recovery Housing open as soon as May.