PORTLAND, Ore. -- The mother of one of the girls harassed on the MAX before Friday's deadly stabbing attack is sharing her gratitude for the men who stood up for her daughter. 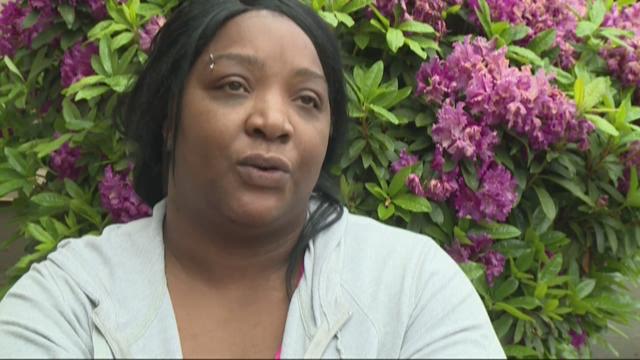 PORTLAND, Ore. -- The mother of one of the girls harassed on the MAX before Friday’s deadly stabbing attack is sharing her gratitude for the men who stood up for her daughter.

On Friday Hudson’s 16-year-old daughter, Destinee Mangum (pictured), and her 17-year-old friend were on the MAX, giddy to have permission to go to the Clackamas Town Center mall.

“This was Destinee's second or third time even being allowed to catch public transportation,” said Hudson.
“They actually ended up on the wrong MAX and this is what happened.”

Witnesses said a violent man began yelling hate-filled words at Destinee and her friend, who is Muslim. Three men stepped in to defend the girls and were stabbed.

Destinee and her friend ran off the MAX. Hudson said Destinee called her in tears.

“She said, ‘Someone was stabbed in the MAX!’ And I'm like, ‘OK, where are you?' And they were in the bathroom of 24 Hour Fitness in a stall,” said Hudson.

Ever since then, Hudson said both girls have been afraid to leave the house. On Monday night, Hudson said Destinee got to FaceTime with Micah Fletcher and thank him.

“First time I've seen her smile in a long time,” said Hudson. “She even told him that she loved him. And she doesn't even know him, but she knows that he will always play a big part in her life, and the other men as well.”

Hudson said she just wishes she could thank them.