'It was sickening': Mom describes racist tirade against family on Oregon coast

The wife and mother called the ordeal "hell" as a group of white men taunted and terrified her family over the holiday weekend. 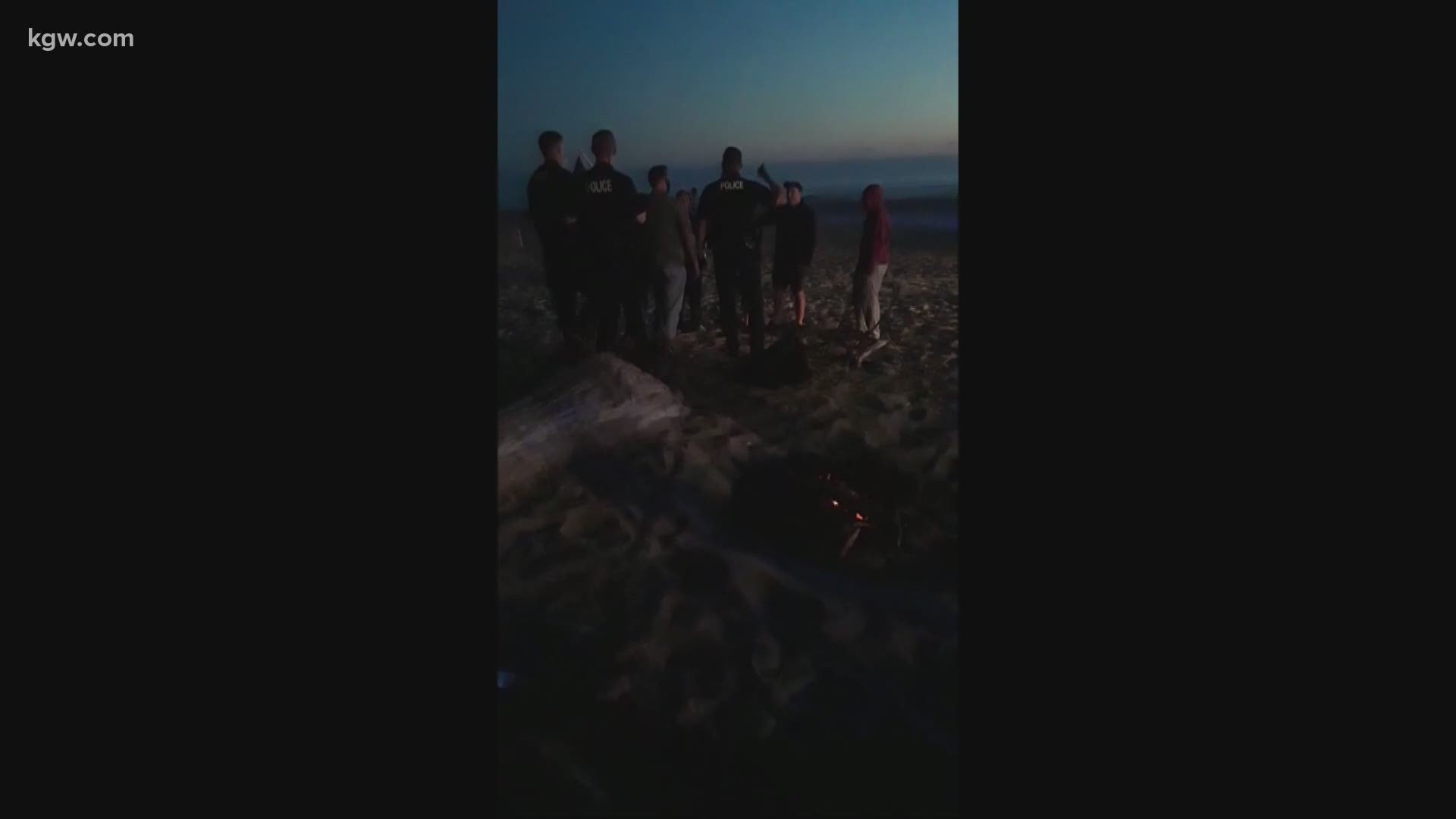 LINCOLN CITY, Ore. — A Black wife and mother whose family, she said, was taunted and terrified by a group of drunk, white men along the Oregon coast this Fourth of July called the ordeal “hell.”

“It was sickening, and it should've never happened. These guys have no heart. They have no soul,” the woman said in an interview Tuesday.

She spoke to KGW on the condition of anonymity because, she said, she and her family are afraid of the seven men. Each of the seven was charged with riot, harassment and other crimes, but because of COVID-restrictions in Oregon’s jails and prisons, all of them were released pre-trial.

The Lincoln County District Attorney, who is reviewing the case to see if more charges are warranted, confirmed the woman’s identity to KGW.

“These guys were probably the worst guys you ever want to run into,” the woman said.

The family ran into those guys multiple times on the 4th. They arrived at the Inn at Spanish Head, a Lincoln City hotel they’d been going to as a family for twenty years, Saturday afternoon.

The woman said her kids were bringing up luggage and food from the car, when they ran into some of the men in the elevator.

“And that's when they did the first Nazi symbol to them,” she said. “And they said ‘You guys have a good 4th.'”

The woman also said two of the men flashed the middle finger at her friends, who were joining the family for the holiday. She said she went to the hotel's front desk to ask a staff member, whose name was Greg, about the incidents.

“He said ‘Those guys have been giving us problems since last night … They were shooting fireworks off the balcony … And they were starting to harass people at that point,’” she said. “And so I said to Greg ‘Well, how come you guys are not doing something about it?’ He goes ‘Well, what should we do? We've already given them warnings.’”

A manager for the hotel, told KGW via phone Tuesday he was reviewing the events of the weekend, along with the hotel policies tied to removing guests, to make sure "this never happens again."

Determined to shake it off, the family went down to the beach late Saturday afternoon. That's when, the woman said, they saw several of the same men they’d encountered earlier yelling and waving a flag from their hotel room's balcony.

Soon after that, she said the men, who were part of a larger group, came down onto the beach and set up camp right in front of her family, who happened to be the only Black family in sight. She said they had a huge boom box.

“They had different songs that they were playing. They were hateful songs about killing black folks,” the woman said.

She said there were two particularly scary moments.

One happened when “…one of the guys came by my husband and he did like a ‘bang bang’ like he got a shotgun, like he had a pistol. And he did ‘bang bang’ to my husband.”

The other happened when “…one jerk came over with a firework. He had it in his hand, and he tossed it sort of towards our area. Not directly in our fire pit, but like towards us. And he goes, 'That's just a taste of what you're going to get.'”

By that point, she said, police had shown up. Police Chief Jerry Palmer told KGW Monday they deployed 29 of the 31 officers patrolling the beach that night to this one incident.

Officers, he said, formed a line between the white men and the Black family. The men, police said, tried to fight the officers multiple times. After the family went inside police arrested the seven men.

Tuesday, the woman said she wanted to thank Lincoln City Police, who saw the incident for what it was.

“One of the officers that was standing in the front line. He came and … he said ‘Ma'am, I want to apologize to you … I'm tearing up. I want to cry,’” she said. “Because [the men] came up to him about four times, and they were saying racial slurs, but we could barely hear what they were saying.”

The men, many of whom police believe are family, are Gennadiy Kachankov (30), Antoliy Kachankov (28), Andrey Zaytsev (28), Oleg Saranchuk (45), Ruslan Tkachenko (22), and Aleksander Saranchuk, all of Clark County.

They were all charged with Riot, Interfering with Police, Disorderly Conduct II, Harassment, Possession of Illegal Fireworks, and Offensive Littering.

Yuriy Kachankov (30), of Clark County, was charged with those crimes plus Resisting Arrest.

Via phone, Aleksander Saranchuk declined to comment on the charges Tuesday, adding he planned to speak to his lawyer Wednesday.

According to court documents, Gennadiy Kachankov has prior convictions, including one for Assault with a Deadly Weapon in 2019.

Given that it involves, between the white men and the Black family, close to twenty people, he said it will take time. He said bias crime charges, which requires authorities to prove at least one of the men threatened the family with serious injury, are a possibility.

The woman said Tuesday her five children, most of whom are grown, are traumatized. She hopes bias crime charges are coming.

“It was clearly a hate crime that did not turn into a fatality. That's what it was,” she said. 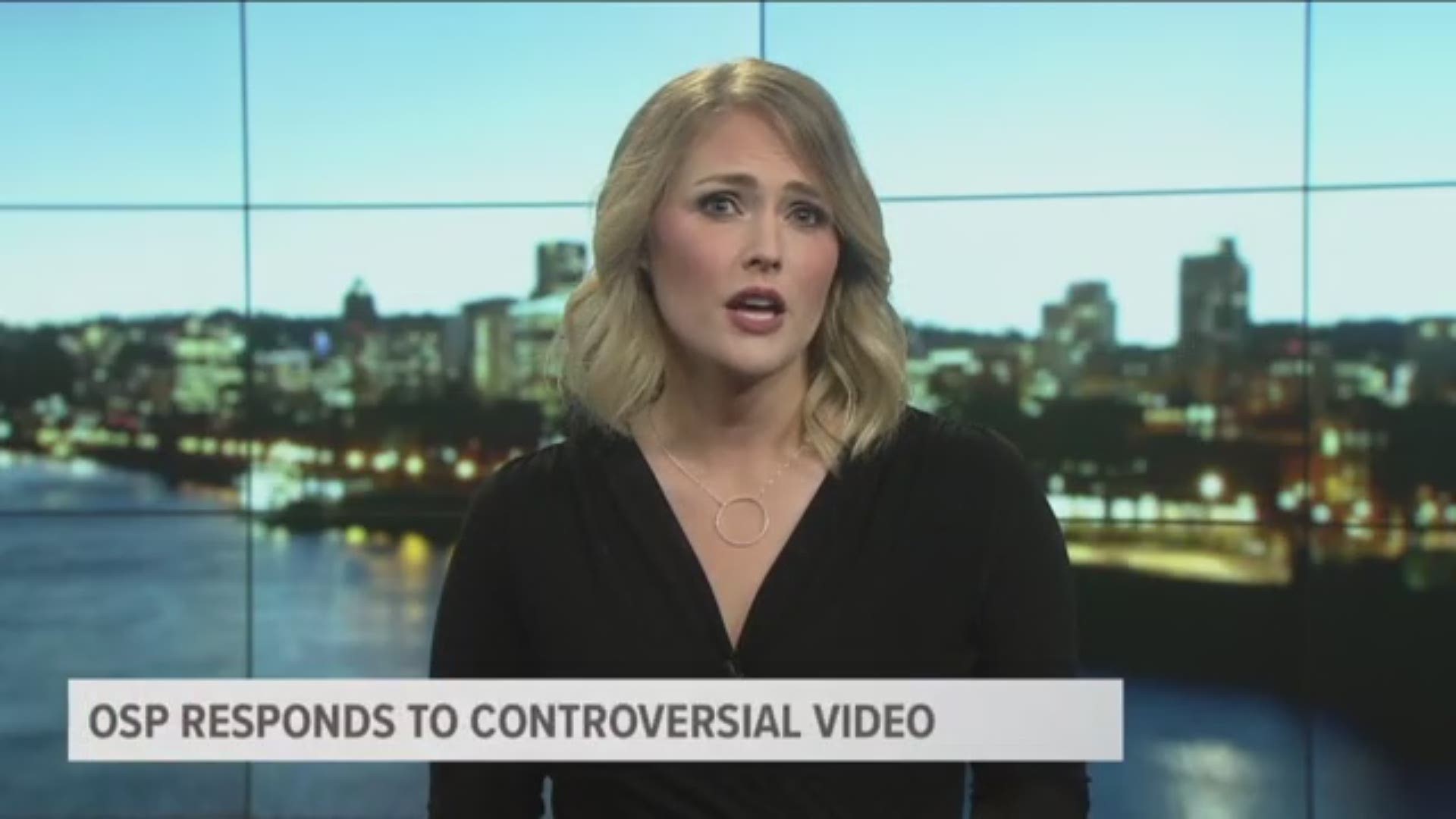