'My mom is having a baby and we're in the bathroom': Molalla girl helps deliver baby brother

When Jordan Eck realized the EMTs weren't going to make it in time, her 11-year-old daughter Shyanne stepped in. 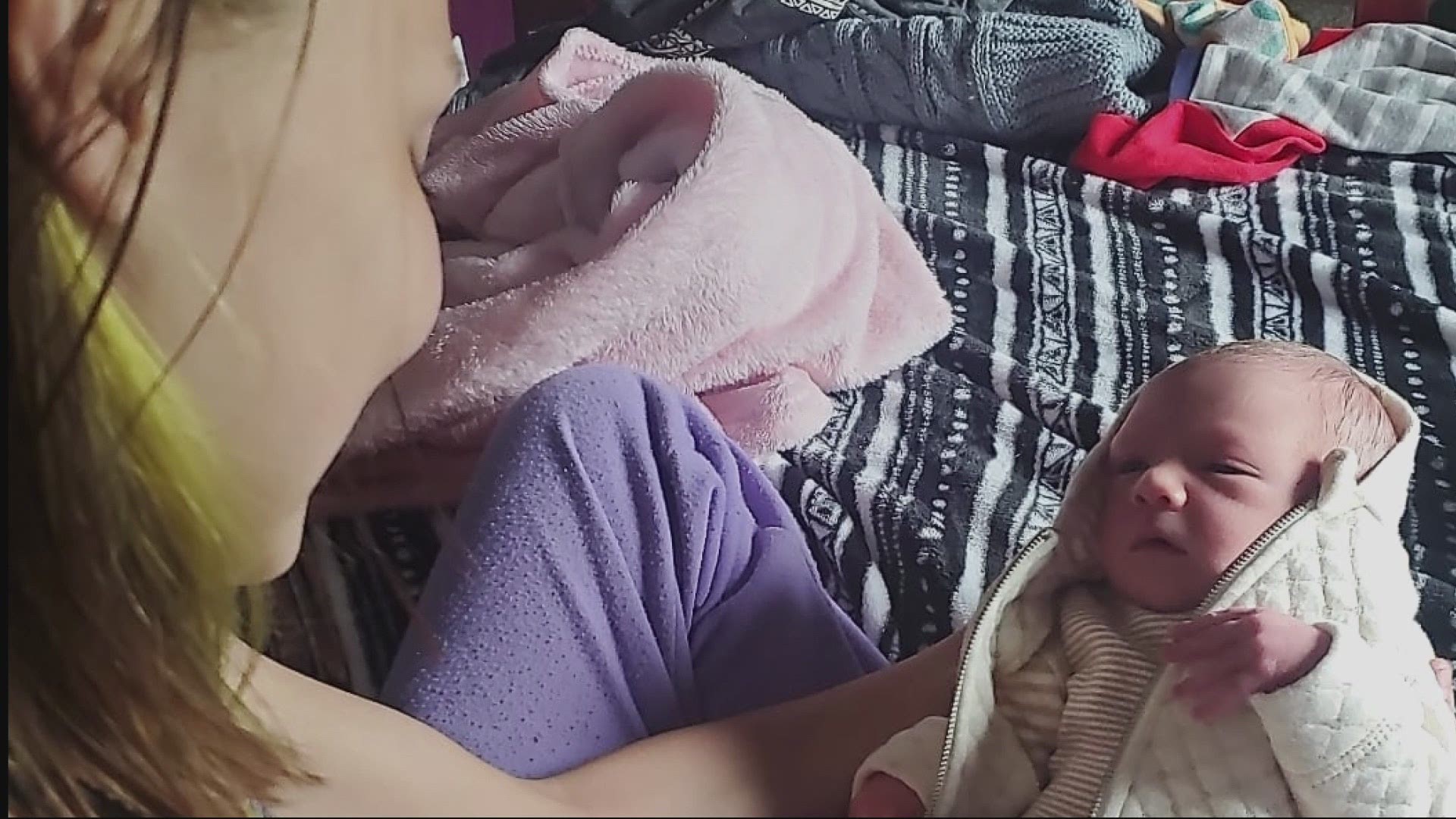 MOLALLA, Ore. — Kobe Fauth, named after the late Kobe Bryant, was due the second week of May, but he had other plans. On Wednesday morning, mom Jordan Eck's water broke.

Minutes may be a bit of an overstatement. Eck started screaming. Her screams woke her sleeping daughter, Shyanne.

"I called 911 and told them the gist of it," Shyanne said. "My mom is having a baby and we're in the bathroom. They were like, okay have her lay down."

By this point, it was clear EMTs would not get to the family's Molalla home in time to delivery the baby. It would be up to 11-year-old Shyanne.

"His head, the first push, his head was kind of there and then my mom pushed and his head came out," Shyanne said. "His neck was in there and by the second push, I grabbed his shoulders and he came out."

Credit: Jordan Eck
Kobe was taken by ambulance to the hospital for a check-up.

EMTs arrived and cut the umbilical cord. They then loaded Eck and Kobe into an ambulance and took them to the hospital for a check-up.

"By the grace of God everything was perfect," Eck said. "There was zero complications. He came out in two pushes and it was very easy."

Eck's daughter, Kobe's big sister, played a big part in the successful delivery. Eck should be surprised but says she is not.

"This is who she is," Eck said. "She's an extreme person. She's ready for life and she's always been like this."

Shyanne is certainly wise beyond her years. It is sure to make for a great birth story down the road.

RELATED: 'It might be something just as wonderful’: Local couple documents pregnancy and delivery during a pandemic

RELATED: Single mom of five who lost home in wildfire gets help moving into new home