The Boise Business Youth Unity Project program helps neighborhood kids land their first jobs in the community they live in. 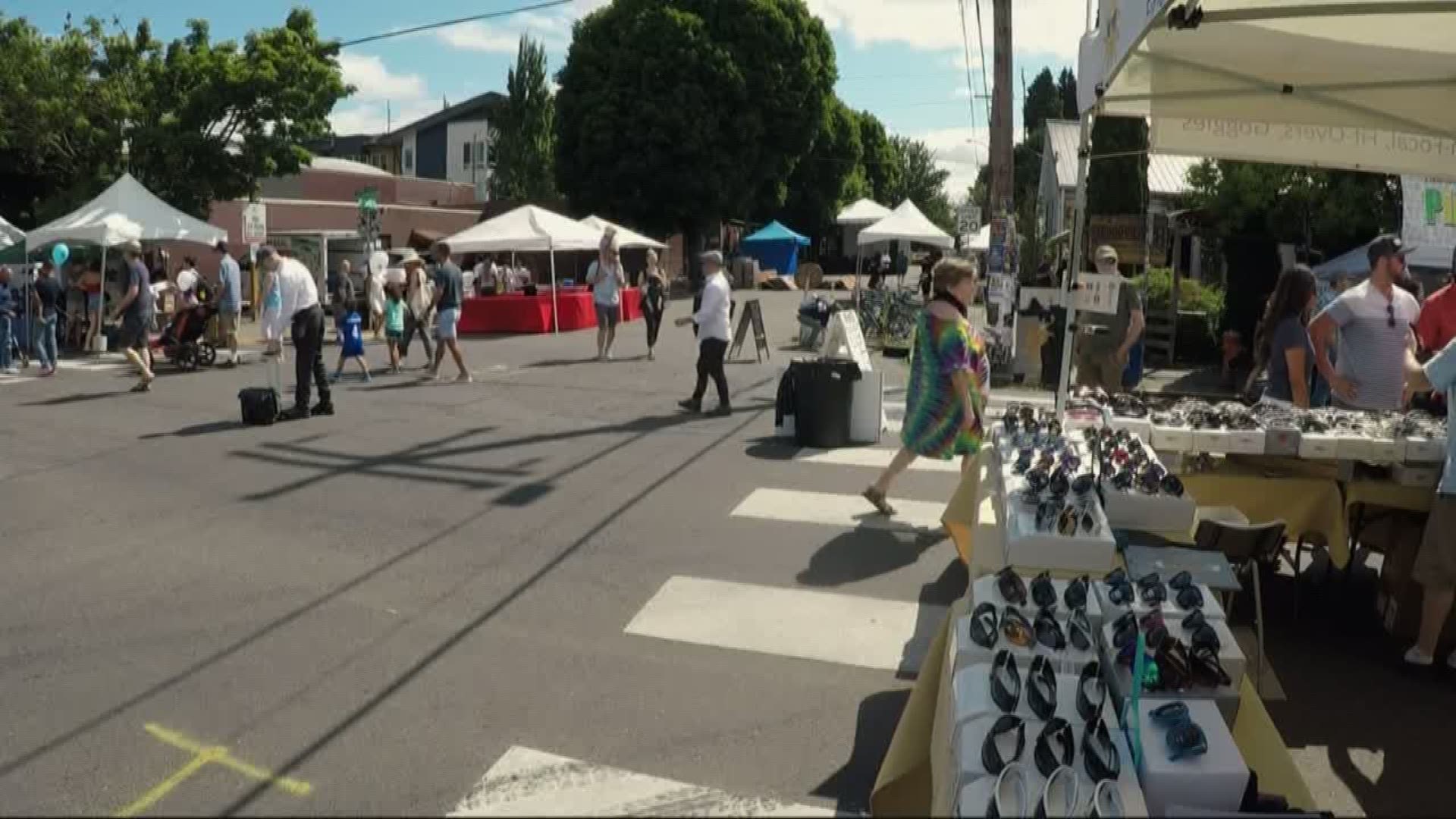 PORTLAND, Ore. — The Mississippi Street Fair is one of the largest of its kind in Portland.

The 17th annual event is not just a place for food, music and local art. It is also raising money for a unique program that is helping foster better relationships between local youth in the Boise Neighborhood and many of the businesses there.

The Boise Business Youth Unity Project (BBYUP) is a program that gives kids in the neighborhood their first jobs in the community where they live. The goal is to bridge the gap between local businesses and the youth who’ve become disenfranchised from their own community.

One of those interns is Asa Pritchard.

It has taken him a lot of practice, but the 16-year-old knows how to knead the dough to make pizza perfection.

“I actually got it down perfectly and it was just amazing,” he said.

This is his second summer working at Mississippi Pizza Pub along Mississippi Avenue in North Portland.

“I’ve never worked before. So, my very first job, working in the community – working at a local pizza parlor -- it was like the best experience that I could possibly ever imagine,” Pritchard said.

He landed his first job through BBYUP which offered him a paid internship at the pizzeria through donations made to the Portland Opportunities Industrialization Center (POIC).

“We did the interns because it was just another step into being part of the community,” General Manager of Mississippi Pizza Amanda Oelgart said. “And this street has always been a proponent of helping out the neighborhood and helping out children.”

The historically black Boise Neighborhood looks much different than it did two decades ago. As more businesses came into the area the demographics began to shift and tensions escalated between the youth and the changing community in which they lived.

“There’s been a healing process between the youth in the neighborhood,” POIC Career Coach Maria Watson said.

The BBYUP was created through the POIC and the Rebuilding Center to give local youth jobs in the neighborhood where they live, but do not always feel a part of because of gentrification and revitalization.

“The demographics of the neighborhood changed a lot,” Watson said. “And so BBYUP tries to smooth those tensions by creating opportunities for people that are from the neighborhood and lived here before it changed.”

Philip Stanton and his wife opened Mississippi Pizza Pub 19 years ago. He has seen the rift between local kids and businesses first hand.

BBYUP has helped to change that. For the last nine summers, Stanton has opened his pizza parlor doors to local kids giving them their very first jobs through the program.

“You see them outside of the business and all of a sudden you have this bond with them, which is something that really could have never happened without the internship program,” he said.

Pritchard has loved his time at Mississippi Pizza so much that he came back for another summer. Kneading the dough with the ingredients to build a stronger community where he grew up.

“Giving back to your community. That’s the best thing about it,” Pritchard said. “I live down the street. I live in this neighborhood, grew up here, so it’s amazing to just be back and be able to work down the street from home.”

This year seven different local businesses have interns though BBYUP. They can pay these teens for their work thanks to donations to the POIC.

A portion of the proceeds from Saturday’s Mississippi Street fair goes right back into these kids' pockets.