'We just want to smile again and see her face': Woman missing after wedding near Dayton

"She's always made people smile and laugh and she's done silly things like that for us, so we just want to smile again and see her face," said 27-year-old Meighan Cordie's aunt. Cordie went missing Saturday night following a wedding near Dayton. 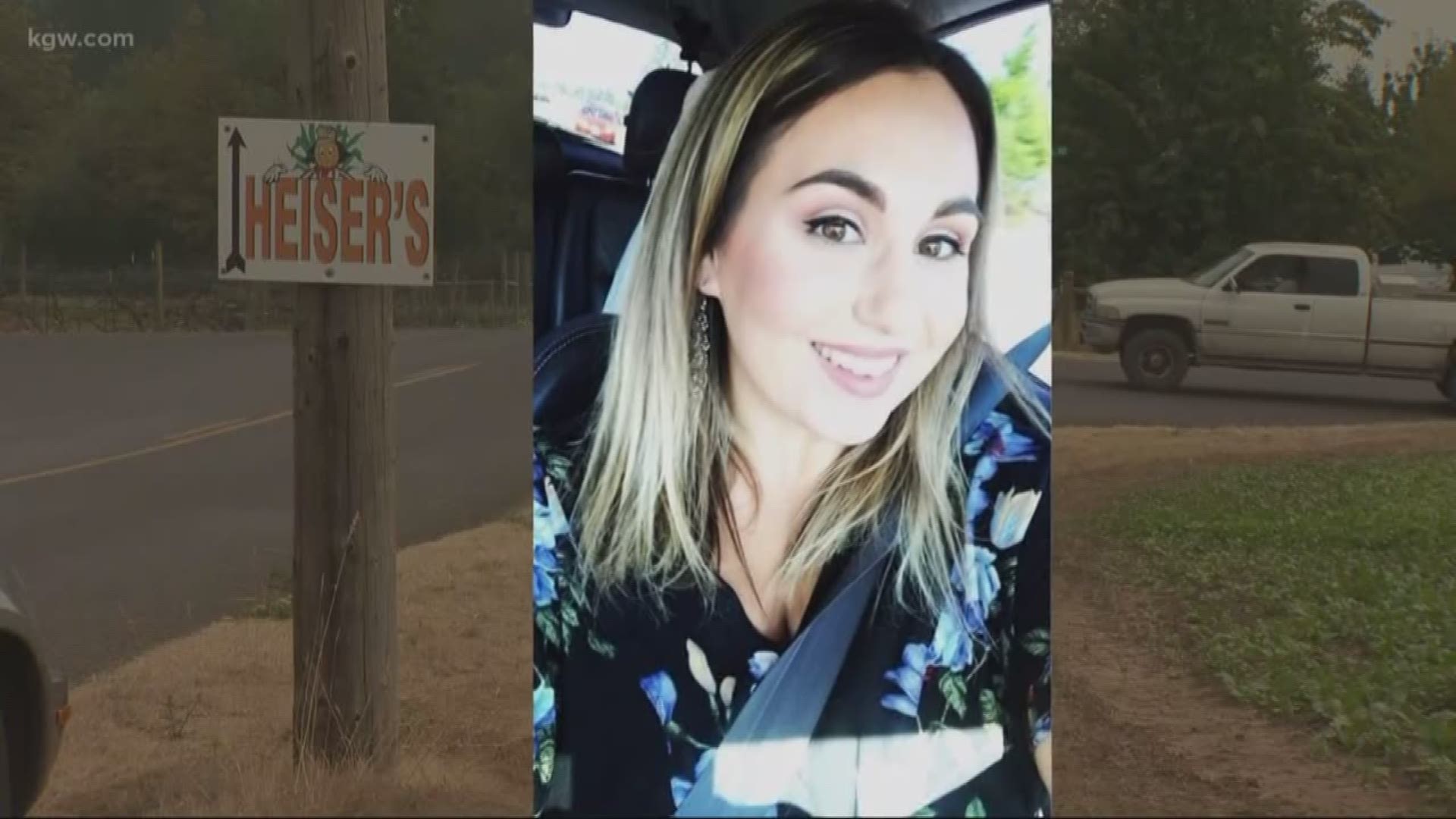 DAYTON, Ore. — UPDATE: Deputies say they may have found the body of Meaghan Cordie near Dayton. The latest information will be posted here.

Search efforts are underway for a woman who hasn't been seen since leaving a vehicle following an argument in the Dayton area on Saturday night.

Meighan Cordie, 27, was last seen at 10:30 p.m. on Saturday. She had been attending a wedding in the community of Grand Island, police say.

She left a vehicle after an argument and walked away on foot. Her phone and shoes were left behind.

On Tuesday, volunteers and sheriff's office search and rescue crews resumed looking for her. Police also released a new flyer with updated photos.

Megan Spencer, a friend of the family, works at a store near where Cordie was last seen. Spencer remembers her coming into the store that afternoon before the wedding.

“She came in and she was in a floral pant suit, and I remembered it because we do have weddings down here, but it's not overly common to see a bunch of people dressed up," Spencer recalled. "So I said, ‘Oh that's really pretty.’ She said, ‘Thank you.'"

Spencer said for someone unfamiliar with the area, it would be easy to get lost at night.

Cordie’s aunt posted flyers around the area, hoping someone who knows something will come forward.

“Loving, caring, she's a mother, she has a small child at home, so that's why we're desperately also searching for her,” said Meighan’s aunt, Tracy Cordie. "She's our family, so of course we want her home."

Tracy Cordie said it is not like her niece to take off like this without contacting anyone for so long.

“She’s always the one that’s made me laugh, so it’s hard to come out here and cry tears looking for her and to be put in this position,” Tracy Cordie explained. “She’s always made people smile and laugh and she's done silly things like that for us, so we just want to smile again and see her face.”

Cordie is 5-foot-5 and weighs 160 pounds. She is the daughter of a Clackamas fire captain.

Flyers are posted along the area where Meighan Cordie was last seen Saturday after attending a wedding. The Yamhill County Sheriff’s Office is searching for her today, along with friends & family. pic.twitter.com/LufnJ3onOq

The area where she went missing is mostly farm land surrounded by forest and close to the Willamette River, police say. Yamhill County Search and Rescue has joined air and marine patrol support in the search.

Anyone who may have seen Meighan or knows of her whereabouts is asked to call 911 or the Yamhill County Sheriff's Office at 503-434-7506.