Karissa Alyn Fretwell, 25, and her 3-year-old son, William (Billy) Fretwell, haven't been seen since May 13. 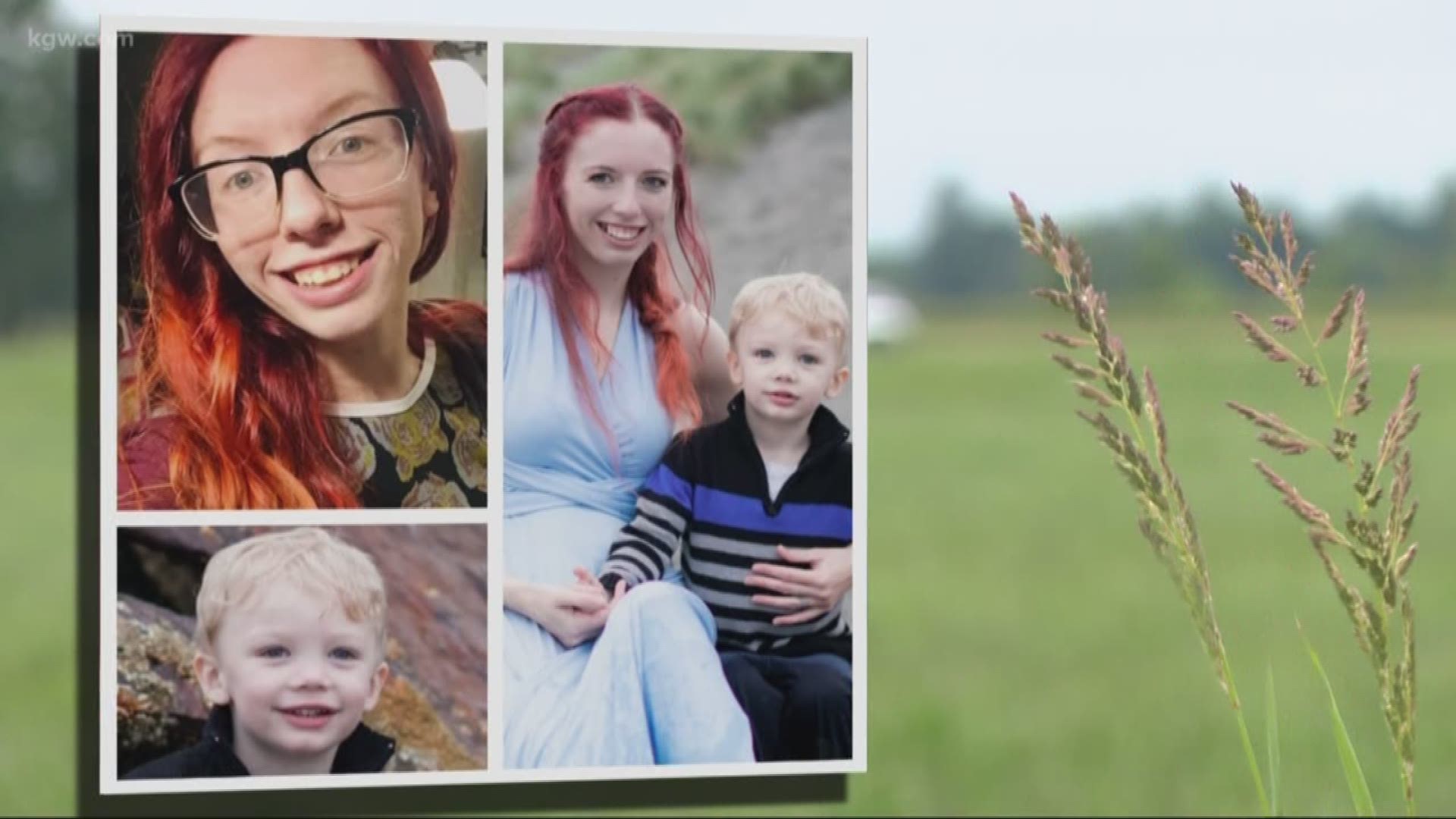 SALEM, Ore. — The search for a missing Salem woman and her 3-year-old son continued over the weekend in Yamhill County after authorities arrested the boy's father on Friday.

Wolfe was arrested at the Blue Star Donuts at Southwest 12th Avenue and Morrison Street in Portland. He was booked into the Yamhill County Jail. He is expected in court on Tuesday at 1:30 p.m.

Salem police aren't saying what evidence led them to believe Wolfe killed Karissa and Billy. and they also aren't saying the two are dead.

Lewis and Clark Law professor Tung Yin says there may be circumstantial evidence to support the charges.

“If you really do believe murder has occurred and the prosecution thinks it has enough to overcome the absence of the bodies, it probably does behoove them to charge earlier rather than later,” said Yin.

“It makes it tougher for the prosecution but the basic issue is the same: prosecution would have to persuade the jury that beyond a reasonable doubt a killing has occurred,” said Yin.

“But what it does do is offer a bargaining chip to prosecutors to try to get the defendant to plead guilty and avoid trial and in exchange, prosecutors will drop the death charge and it will be a life sentence the person will get,” Yin explained.

Wolfe served as a volunteer firefighter in Gaston from 2010 to 2018. Fire officials said he was active the first half dozen years, but his service dropped off the last two years, before he ultimately resigned.

According to court documents, Wolfe was ordered in April to pay roughly $900 a month in child support.

Even though Wolfe has been arrested on aggravated murder charges, that doesn’t mean Karissa and William are dead, according to Sgt. Treven Upkes with Salem police.

“We believe we have probable cause to charge for aggravated murder but any evidence that comes forward as we continue this investigation could change those charges, and that could be determined by the Yamhill County District Attorney’s Office,” Upkes said.

“When doing investigations as serious as this, we work towards the worst possible scenario and continue to hope for the best,” he said.

Investigators, which have included local, state and federal law enforcement agencies, have been looking for Karissa and William for more than a week. The search over the weekend will be in the rural Hopewell area in Yamhill County.

“The investigators that I’ve seen working on this, they are dogged in their pursuit of finding William and Karissa,” Upkes said.

Police said investigators believe Karissa and William were healthy and fine up until they disappeared. The mother and son were last seen in West Salem.

Megan Harper, a friend of Karissa, said she immediately thought Wolfe was involved when she heard Karissa was missing.

"I know that he's previously sent her threatening messages and I know a lot about the custody situation because Karissa vents to me and asks for advice," Harper said.

Outside of Karissa's home in West Salem, there was a search warrant in her SUV on Thursday. The warrant suggested investigators were looking for evidence of a homicide.

Karissa is white, 5-foot-9, and about 135 pounds. She has blue eyes and blonde hair that is dyed red. William is white, about 3 feet tall, and weighs about 30 pounds. He has blonde hair and blue eyes.