Deputies ask for info on iPhone in search for Allyson Watterson

Watterson has been missing in Washington County since December 22. The circumstances leading up to her disappearance are still unclear. 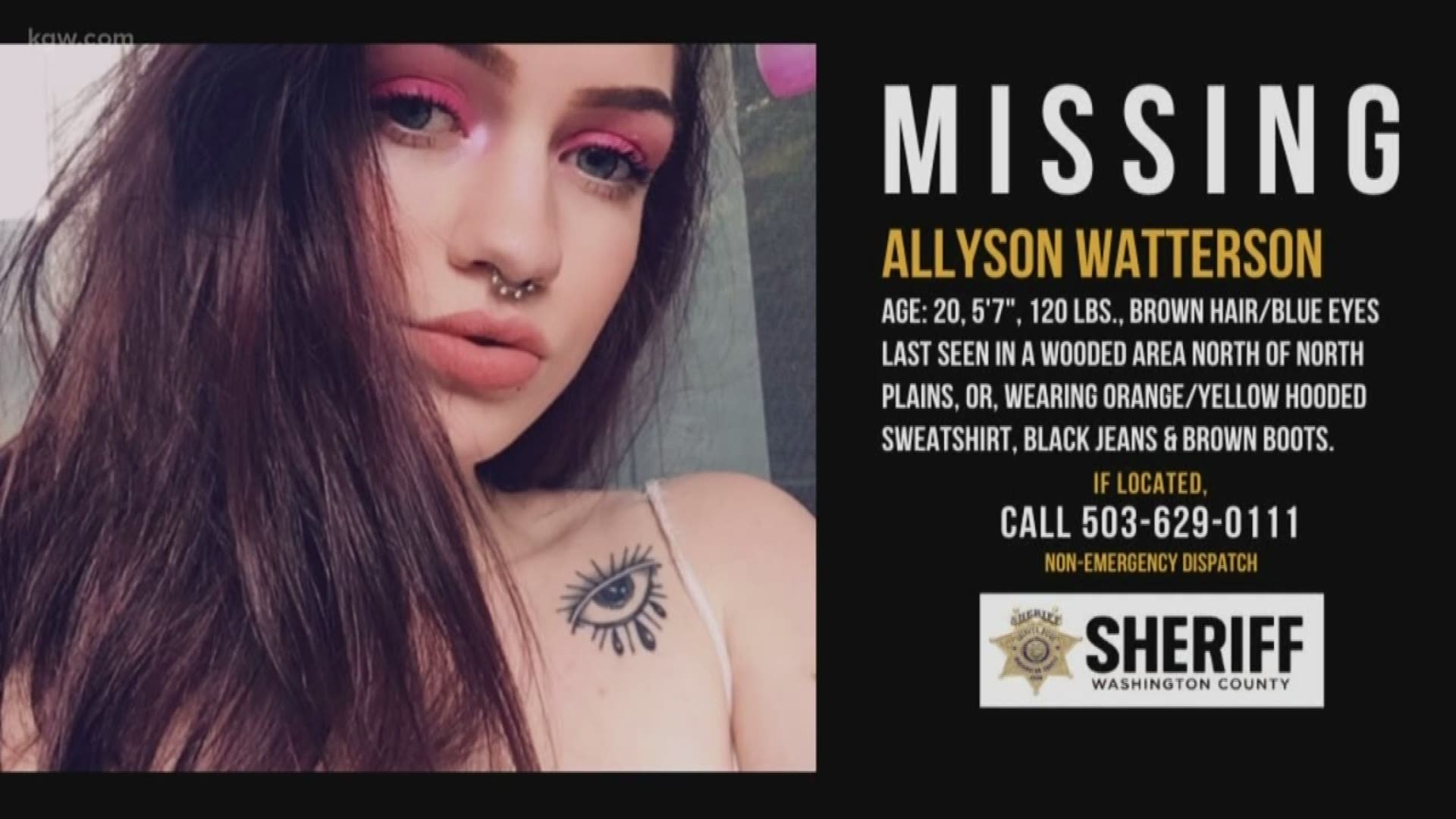 WASHINGTON COUNTY, Ore. — Allyson Watterson has been missing for six days in Washington County and while it’s still not known what happened to the 20-year-old, deputies on Friday provided a little bit of insight into their investigation.

The first tweet was an ask of people who live in the search area, north of North Plains, where Allyson was last seen on Dec. 22.

The sheriff’s office asks that if you live in the area and remember getting a knock on your door late at night on Dec. 22, around midnight, that you give them a call at 503-629-0111. Even if you didn’t answer the door, but remember a knock, deputies want to hear from you.

On Saturday, the sheriff's office was able to identify the neighbor who "may have heard a knock" in the evening but learned that information was actually related to the last time Watterson was seen on Sunday morning and was not in fact new information.

The second tweet was focused on someone who deputies believe gave an iPhone to Allyson’s mom, Misty. The sheriff’s office said this person was a customer at Reedville Café in Hillsboro and they gave the cellphone to Misty within the past month. If you’re that person, the sheriff’s office also asks that you call them at 503-846-2700.

Authorities said they haven't been able to ping the location of Allyson's cellphone because it is a wi-fi only phone.

Investigators are hopeful that if they can track down the original owner of the phone, they may be able to get information about the cellphone provider that could potentially help them get location data to find Watterson.

The circumstances around Allyson’s disappearance are still unclear. Initially, the Washington County Sheriff’s Office said she went missing while hiking with her boyfriend on Dec. 22 in an area north of North Plains. Investigators now say they don't believe Allyson and her boyfriend were hiking.

Garland was taken into custody on Dec. 23 on charges unrelated to her disappearance.

The last known sighting of Watterson was late in the morning of Dec. 22. However, she wasn't reported missing until the night of Dec. 23. Investigators are trying to learn her whereabouts in that 30-hour gap to figure out what happened to Watterson, and ultimately find her.