Owen Klinger left the University of Portland campus on Sunday, Oct. 6. Police say he researched hopping trains prior to disappearing. 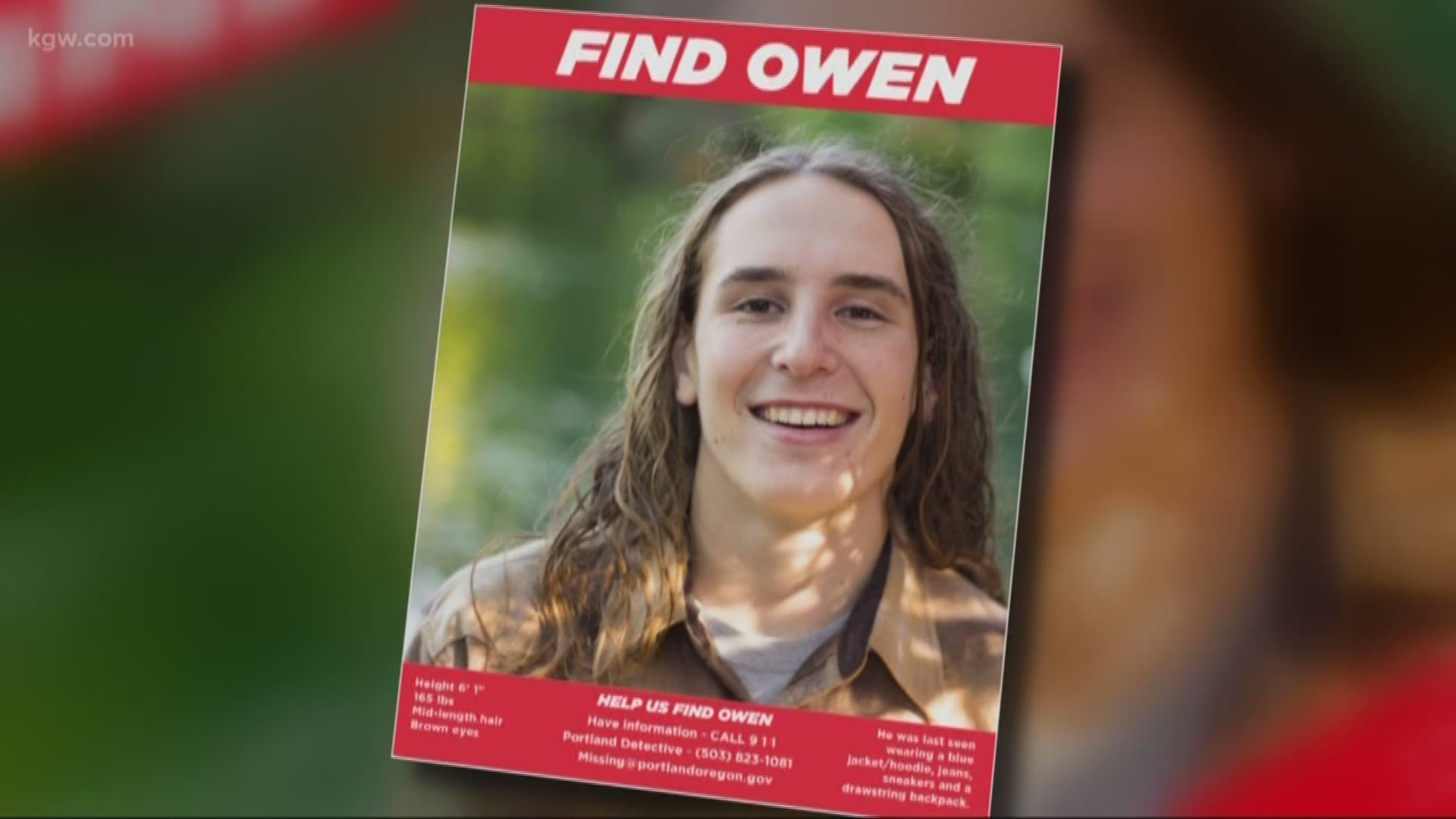 Klinger told his friends he was going to a lacrosse team meeting. Police learned that there was not a team meeting scheduled. Instead, he left the UP campus at 7:50 p.m. He turned off his phone and withdrew $150 from an ATM on campus.

His parents say there has been no further activity on his bank account and his cellphone is still off.

“We confirmed it wasn't that the battery died, that it was actually turned off,” explained Portland police Sgt. Brad Yakots.

Detectives worked with TriMet to determine that Klinger's last known location was in North Portland, near the intersection of North Portsmouth Avenue and Lombard Street. Investigators believe he walked north to North Columbia Boulevard, toward an area where freight trains are commonly staged.

“We still have not been able to piece together what exactly happened,” Sgt. Yakots said. “Again, we do know that he left on his own. We do know that he turned off his cellphone, that he has researched movies and videos talking about being on his own, maybe going up north, and everything that we have found does not point to foul play.”

In a Wednesday news release, police said Klinger, "had also watched the movie 'Into the Wild,' in which a young man leaves to go to Alaska to live off the grid."

Klinger's father said just because Owen watched “Into the Wild” doesn't mean he took off. They said he also read that book in high school and it was something he and his friends had talked about.

“He did watch the movie ‘Into the Wild,’ so that’s one of the police’s theories, he also watched 'Ocean’s Eleven,' but I don’t think he’s hijacked any art in the last week,” Dustin Klinger said.

Owen’s parents said he was the type of kid who liked to be prepared. They said he had cold weather gear in his closet at school he did not take. The surveillance picture of him leaving the dorm shows him wearing a light jacket and drawstring backpack.

Credit: Portland police
Owen Klinger, seen on the UP campus in the clothing he was last seen wearing.

“We don't believe he hopped a freight train to Alaska and so we're a little frustrated with Portland police who have promulgated that theory, but they assure us that they’re also looking into other leads and issues they have,” Dustin Klinger said. “We just tell people we're not done searching for Owen. We haven't given up on him.”

The train hopping idea is one possible theory. Police said there is no concrete evidence that is what he did, which is why search parties like the ones organized on Wednesday will continue.

Family firmly believes Owen would have contacted them by now if he could. They want him to know it's OK to come home.

“Owen, you’re not in trouble,” Dustin said. “There’s no trouble you could make that we can’t forgive or that we can’t work through. Everybody would be so relieved and joyful if you came home. There’s nothing to run from. We can handle it.”

There's also a GoFundMe crowdfunding campaign web page that has raised more than $20,000.