BREITENBUSH, Ore. — A father and son who didn't return from a fishing trip in the Breitenbush Hot Springs area on Sunday were found alive Monday evening, the Marion County Sheriff's Office said.

Rescuers in an Oregon National Guard helicopter spotted smoke from a small signal fire and what appeared to be blue jeans in a remote area near Leone Lake, and located Corbin "Stacy" Cox, and his son, Josh Cox, deputies said.

Deputies said the men were in good condition under the circumstances. The father and son said they did not need to go to a hospital, and were reunited with their family.

The two were reported missing on Sunday night after they didn't return from their fishing trip by 4 p.m. as planned. Deputies found the Cox's vehicle at Leone Lake, near Breitenbush Hot Springs.

Family said the two men were planning to fish from the shore, but deputies did not find any fishing gear in the area.

Father and son found alive after disappearing on fishing trip 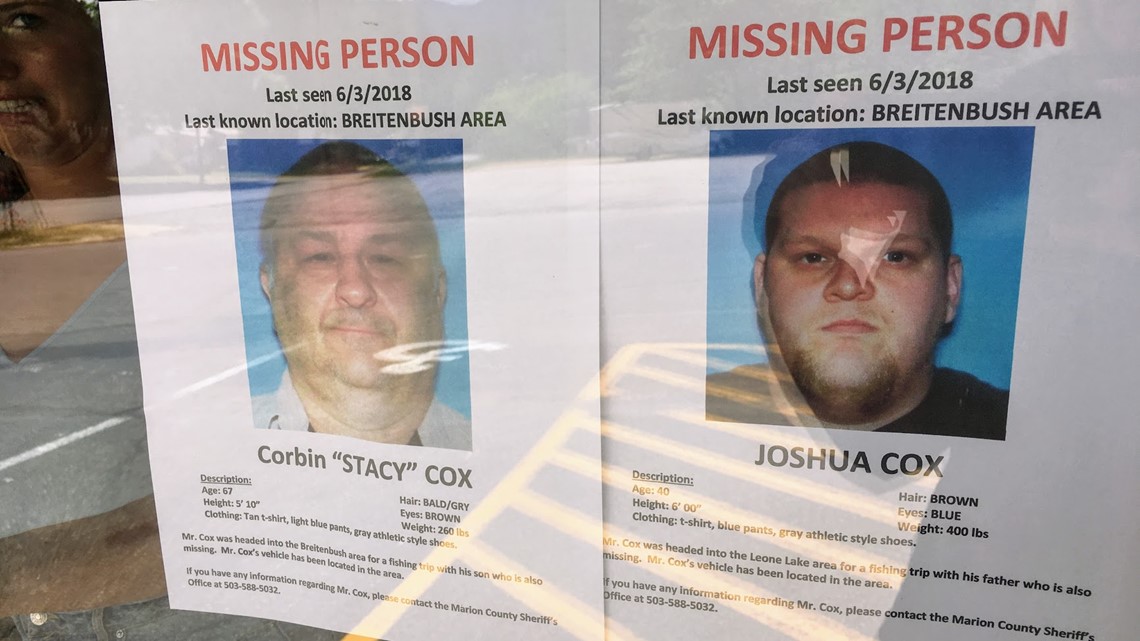