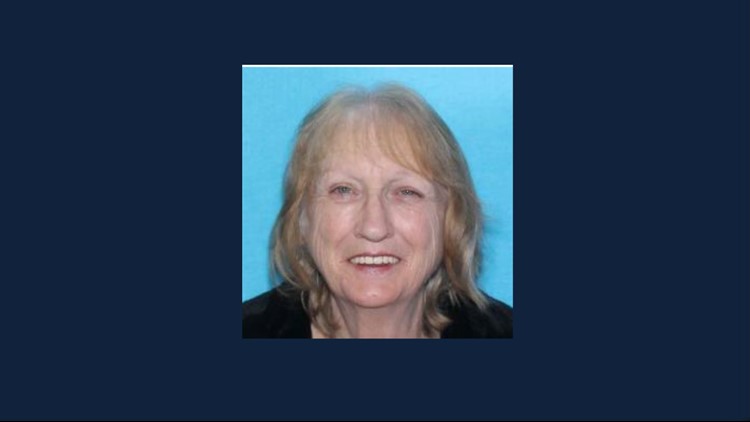 Authorities in Clackamas County are asking for the public’s help as they search for a missing 70-year-old woman with memory issues.

Mary Tice left her home near Southeast Fuller Road and Michael Drive on foot around 1:45 a.m. Tuesday, according to the Clackamas County Sheriff’s Office.

Tice may be in danger because she is unfamiliar with the area, deputies said, and won’t be able to find her way home due to “cognitive memory issues.” She also needs medication.

Tice is described as 5 feet, 6 inches tall with blonde/white hair and hazel eyes. She was last seen wearing jeans, a white hoodie and brown clogs. She was carrying a “significant amount of art supplies,” deputies said.