Miguel Lozano was selling elotes in order to make some extra cash and buy himself some clothes. 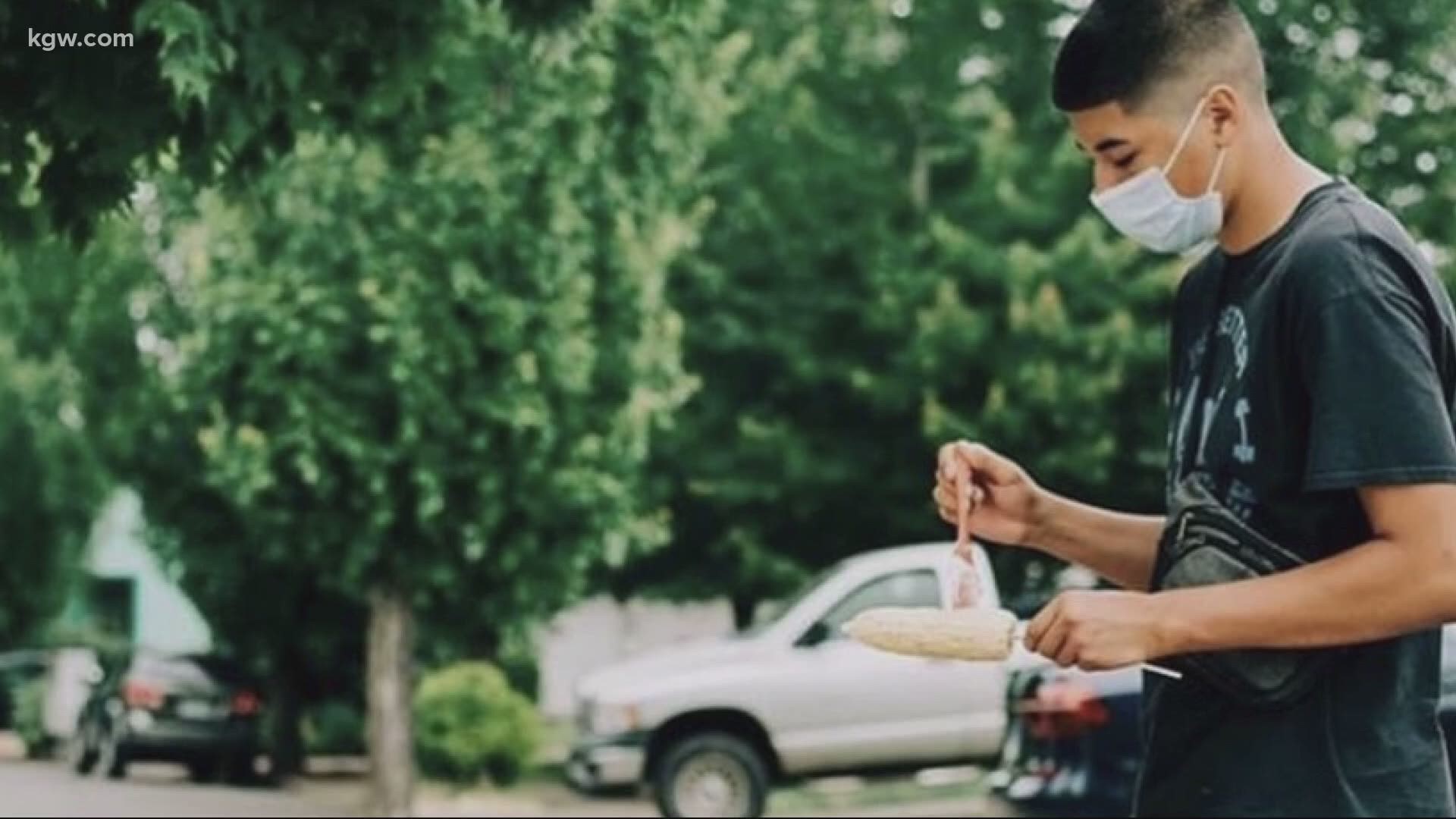 MCMINNVILLE, Ore. — At just 15-years-old, Miguel Lozano wanted to make some extra cash to buy himself some clothes. Lozano and his dad built a food cart and Lozano started selling elotes.

"In English, it's corn on the cob and I put mayonnaise on it and I can put cheese," he said.

Lozano says he did most of the prep work in the kitchen of his McMinnville home. He then sold the elotes on the street.

Life was good until last week. Lozano says a woman approached the food cart. She said she worked for Yamhill County.

"Obviously you know you can't sell without licensing," Lozano said the woman told him. "I'm here to tell you this will be your last day of selling elotes."

Feeling frustrated and upset, Lozano packed up and went home. KGW reached out to Yamhill County for answers.

"We value community and entrepreneurship and actively attempt to provide education and support to assist business owners and food operators," Health and Human Services Director Lindsey Manfrin said in a statement to KGW. "We also have an obligation to assure health and safety standards are met including licensing and safe preparation, storage, and handling of food when individuals are selling items to the community."

"Obviously that is their duty to do that, that's what we pay taxes to do, protect us as citizens," said Lozano. "The problem with that is that they're not going to stop a kid from selling lemonade."

Lozano believes this is a classic case of government overreach. He is hoping for a quick fix and a return to selling elotes.

Credit: Miguel Lozano
Miguel Lozano has been selling elotes out of a food cart for most of the summer.

"I want to continue doing this, I really do because I see a lot of people, a lot of the support around it."