William Peters, 40, died at the scene Saturday night and Adam David-Lawrence Arrambide, 36, died at a hospital the next day. 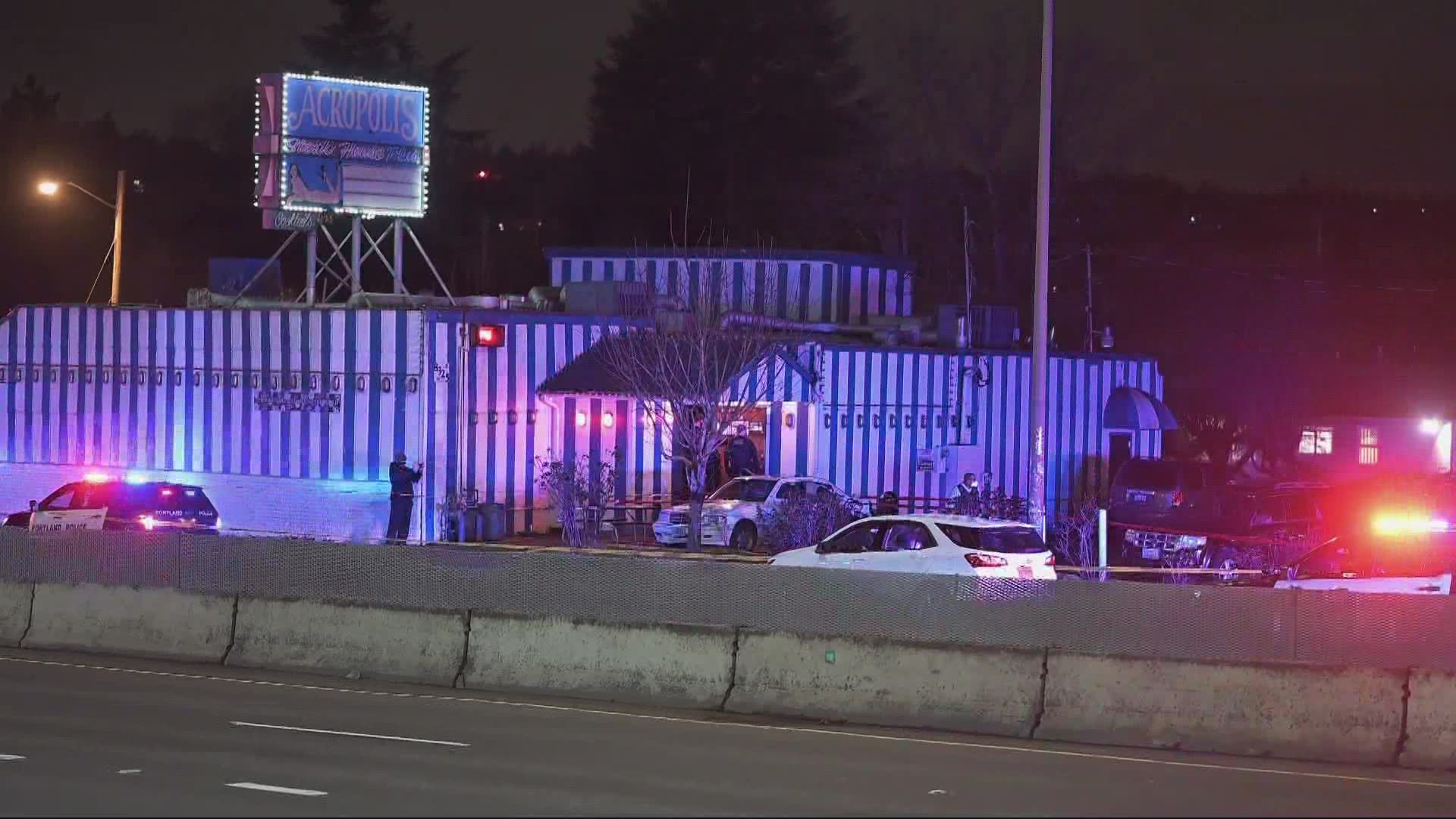 PORTLAND, Ore. — Two men were shot and killed at a strip club in Sellwood late Saturday night, according to police.

The Portland Police Bureau (PPB) said William Peters, 40, of Portland and Adam David-Lawrence Arrambide, 36, of La Pine, were shot at the Acropolis Steakhouse in the 8300 block of Southeast McLoughlin Boulevard near Tacoma Street.

Authorities were called to the scene just before 11:30 p.m. Saturday and found the two men with gunshot wounds. Peters died at the scene and Arrambide died at a hospital the next day. The state medical examiner ruled each death as a homicide caused by a gunshot wound.

No suspect information was mentioned in a press release from PPB on Tuesday. The investigation remains ongoing.

A GoFundMe account is raising money for Peters' funeral expenses. It reads in part, "Billy was an innocent bystander taking [sic] by the influx of gun violence that has been happening all around the Portland area.. He was an amazing friend to many people, loved his daughter and his family unconditionally."

Correction: Portland police originally reported that William Peters was 39 years old. He is 40 years old. The story has been corrected.