Psilocybin is a natural compound found in hundreds of species of mushrooms. Activists say psilocybin therapy may help treat depression and anxiety. 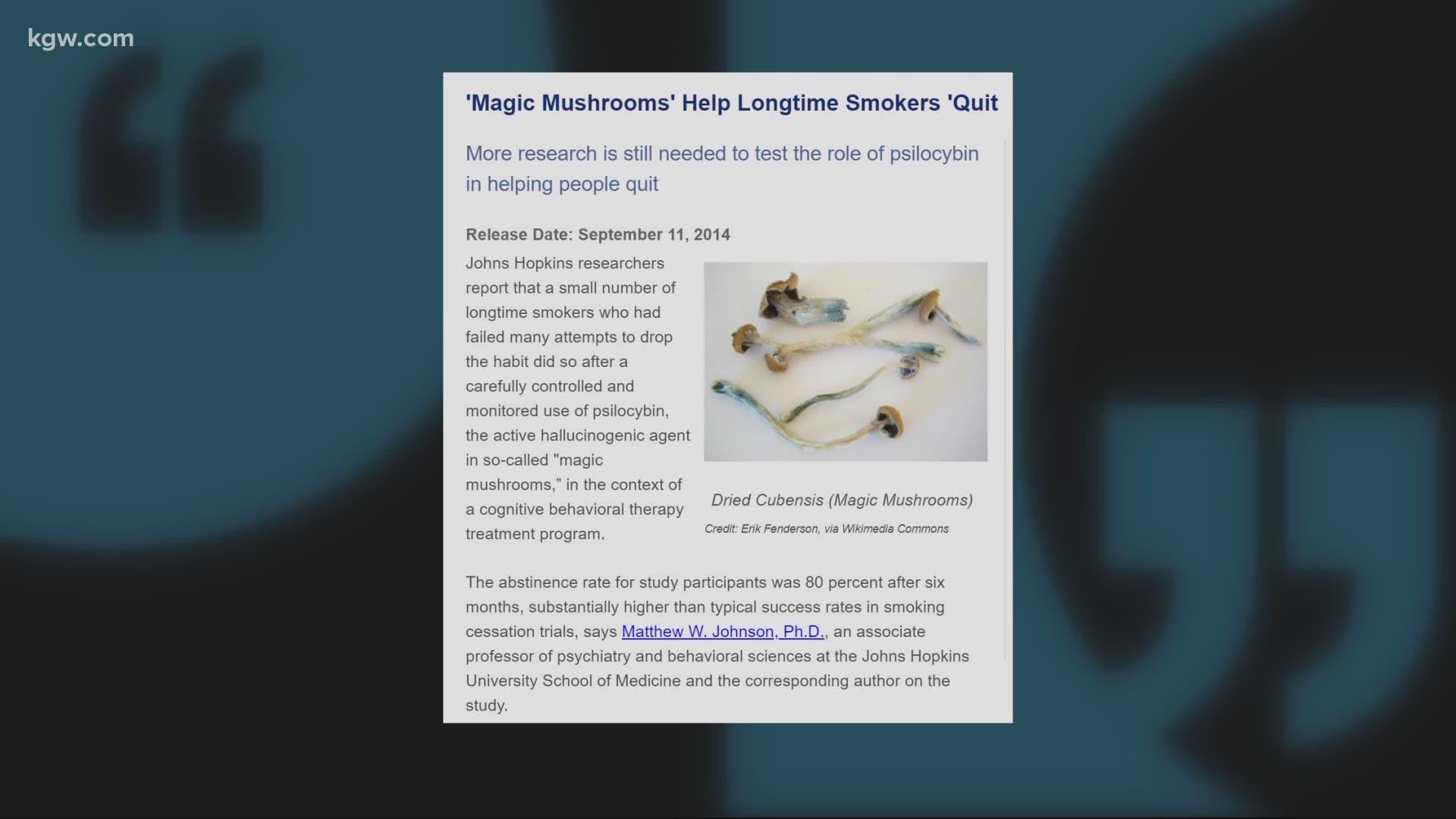 PORTLAND, Ore. — An initiative to create a regulated psilocybin therapy program in Oregon appears poised to make the November ballot after organizers said they gathered more than 164,000 signatures.

Psilocybin is a natural compound found in hundreds of species of mushrooms.

The initiative would legalize psilocybin to use for therapeutic purposes in a controlled setting with a licensed facilitator. Activists say psilocybin therapy may help treat depression and anxiety.

The Psilocybin Therapy Ballot Measure campaign turned in more than 130,000 signatures in support of the measure to the Secretary of State on May 22 and learned nearly 107,000 of those signatures were valid.

On Monday, the campaign turned in another 31,209 signatures. Only 5,112 of those must be deemed valid for the initiative to qualify for the November ballot. The deadline for submitting signatures is Thursday, July 2.

Supporters of the measure say that Oregon would become the first state to legalize using psychedelic mushrooms in controlled doses as approved for therapy.

The ballot measure would include the following:

If approved, the measure would require a two-year development period to allow the state to set up the licensing, training and certification process, the campaign said.