The McMinnville Fire Department reported no injuries to employees or first responders and said the fire broke out during routine building maintenance. 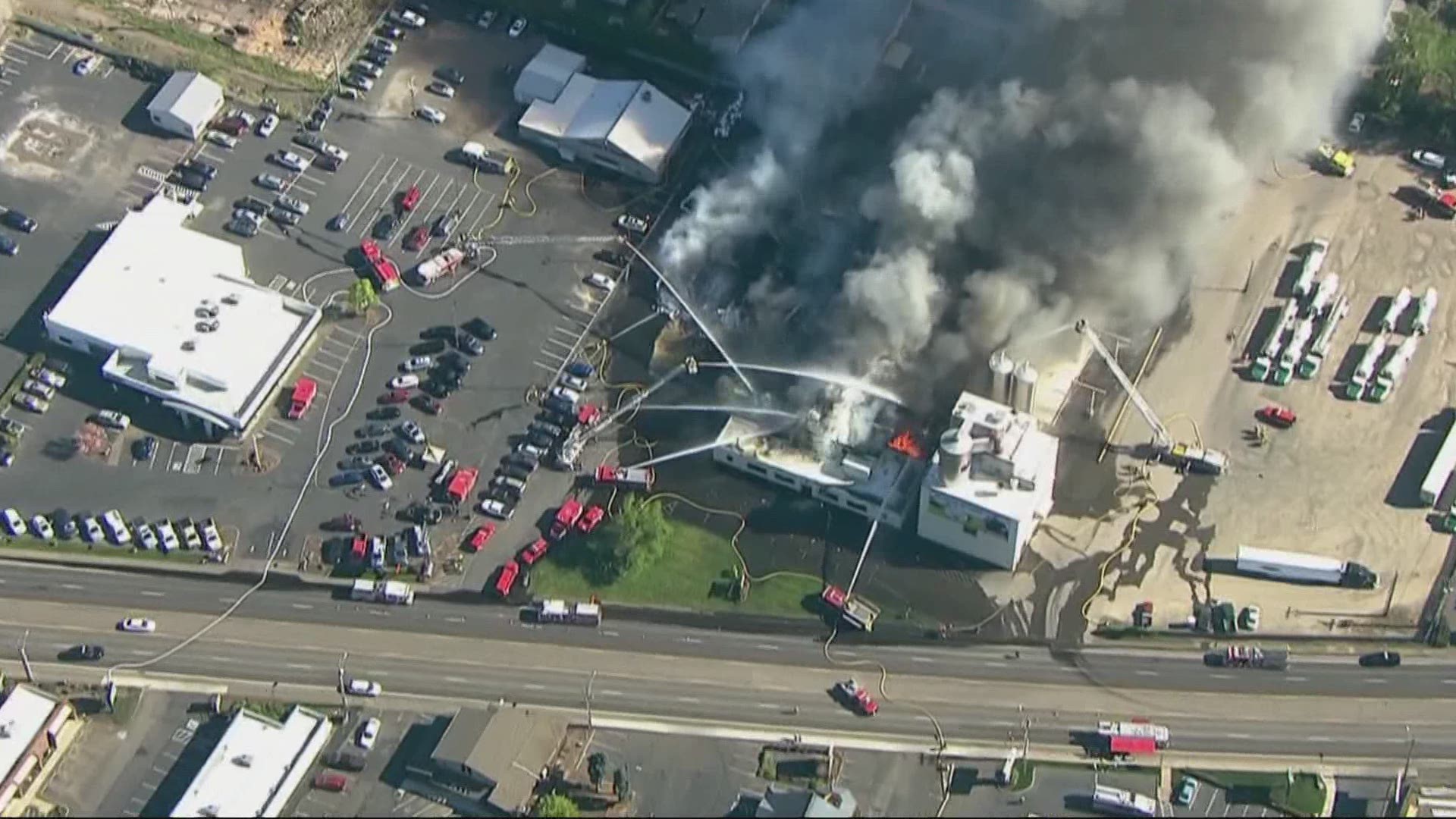 MCMINNVILLE, Ore. — The fire that broke out at the Organic Valley creamery in McMinnville Tuesday afternoon prompted evacuations within a half mile of the creamery. Those evacuations have since been lifted.

On Wednesday, a spokesperson for the McMinnville Fire Department said the fire was accidental and broke out during routine maintenance inside the building.

From KGW’s Sky8 helicopter, the plume of smoke coming from the Organic Valley creamery was enormous. The bird’s eye view showed emergency responders trying to extinguish the flames Tuesday afternoon.

“I’m told they were putting down roughly 9,000 gallons of water a minute,” said Mark Pfeiffer, vice president of internal operations for Organic Valley.

He said most of the 25,000 square foot facility looks to be a complete loss. Office areas, the engine room, butter room, quality assurance lab and storage areas were among the places that were burned. Pfeiffer said the only area that seemed to remain untouched by flames, was where nonfat dry milk powder is made. However even there, he anticipated there would be water damage.

He said he heard about the fire while he was on a plane headed to the area on a business trip.

“What went through my head, was the people,” said Pfeiffer.

Fortunately, he says to his knowledge no employees or emergency responders were hurt.

A Tweet from the McMinnville Police Department raised concerns about ammonia, which initially prompted evacuations. But Pfeiffer says there was small amount of ammonia in a cooling system and what is still on site is expected to be removed by the end of Wednesday.

Details are still scarce when it comes to the cause of the fire.

“The only thing we know right now is the general location of where the fire started, which is in one of our dry warehouses. Other than that, I can’t speculate on the cause,” Pfeiffer said.

Before the fire, the creamery, which is a cooperative, processed roughly 500,000 pounds of milk every day from about 42 local family farms. Since the fire, it’s been a scramble to shuffle things around.

Scott Cooper, Executive Director of the McMinnville Economic Development Partnership said the creamery is an important, and one of the larger employers in the community. Right now, the 47 people that worked in the facility are waiting to see what comes next.

Pfeiffer said workers have already been sent a message.

“For the next couple weeks there’s really nothing to worry about. We’re gonna make sure they get paid and figure out what the next steps are.”

Pfeiffer said nothing will change for local farmers and consumers, though milk will have to travel elsewhere for processing.

In the meantime, he said he’s appreciative of the community support from both residents and other business owners. He’s also grateful to first responders who put out the fire.

Pfeiffer said back in 2013, Organic Valley had a fire at its headquarters in Wisconsin. They bounced back from that and hope to do the same at their facility in McMinnville.