Machine Gun Kelly is scheduled to perform at McMenamins Edgefield October 13. The music venue is hoping to announce additional concert dates in the coming weeks. 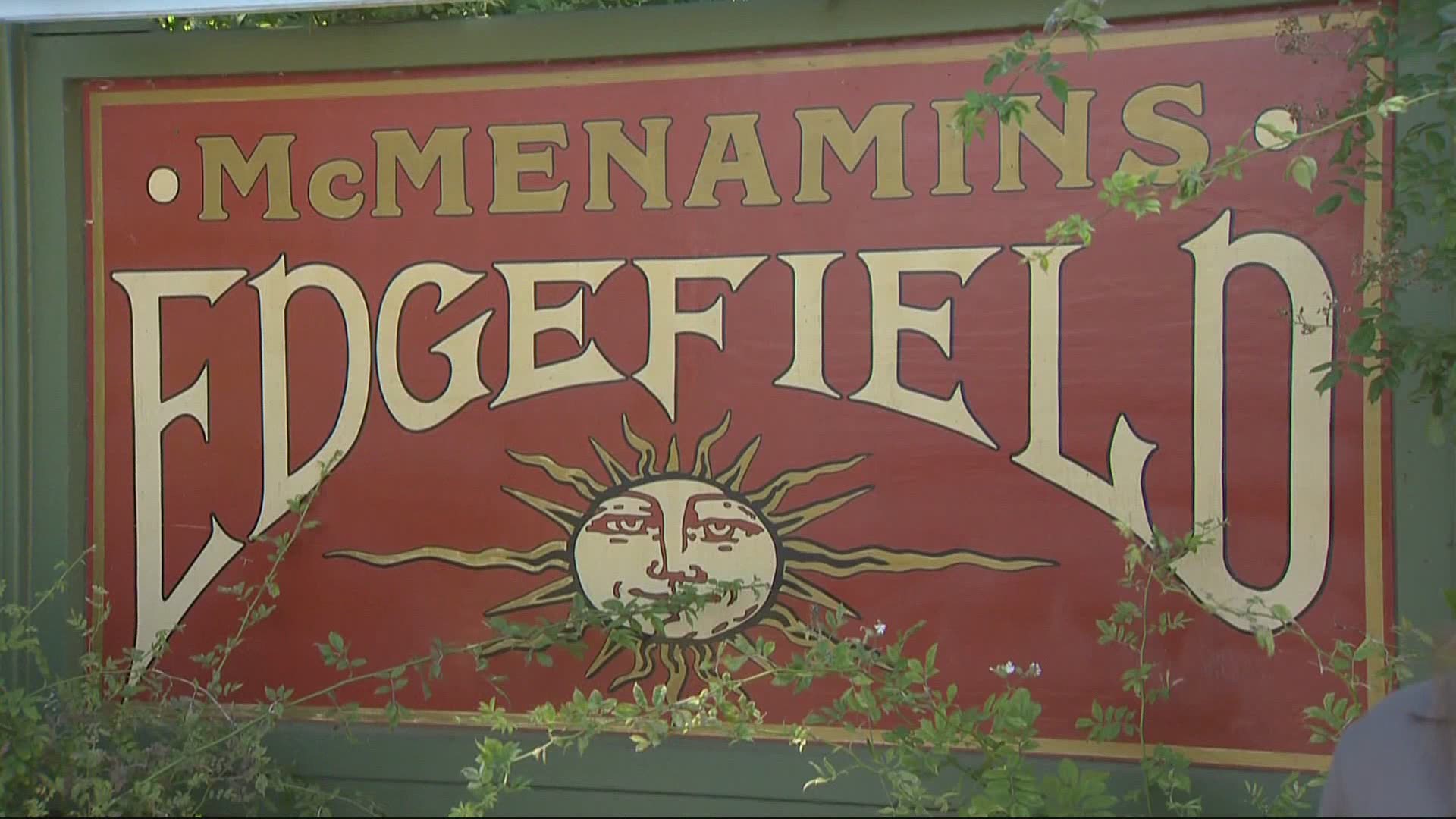 PORTLAND, Oregon — While Oregon faces yet another surge of COVID cases, many hope that things will turn around in the coming months. On Monday, there was another indication of that: McMenamins Edgefield announced their first new concert for the fall. The music venue and Monqui Presents announced singer Machine Gun Kelly is booked to perform at Edgefield on October 13. Tickets go on sale Friday, April 30.

“It's great but it's also nerve-wracking because the last thing we want to have to do is cancel the show,” said Jimi Biron, director of music and events for McMenamins.

Like most other music venues in Oregon, Biron said McMenamins has been navigating the pandemic to see if they can book shows at full capacity this year and they've been doing so without a lot of guidance from the state.

While McMenamins does have other concerts on their schedule, Biron said most of them got postponed from last summer and are not a sure thing at this point. He hopes Oregon Governor Kate Brown will provide clearer benchmarks for outdoor concerts and events, soon.

“It would be sad but we'd much rather know that you cannot do shows this summer,” said Biron. “That would be great to know.”

Biron said as they schedule concerts in good faith, safety is their first priority. They plan to follow all rules and regulations including mask mandates if they're still in place. And he said if they have to cancel a concert and refund tickets, they will. But just taking a chance to hope, is something he said they had to do, to avoid missing another concert season.

“These artists are touring, they haven't played for a year, they need to work, they need to get paid,” said Biron. “They're saying, ‘Are you in or not? Can we play or not?’ And so if we said, ‘No, we don't know yet,’ then it's over. There is no Machine Gun Kelly, there are no shows at all.”

Biron said they decided to move forward with booking about a month ago after exploring alternative plans. Those options included bringing in smaller acts to perform in front of just 1,500 people, rather than the outdoor venue's typical 5,000 member audience. But Biron said with Edgefield's production costs, the overhead would have tripled ticket prices.

“We kind of had that moment where we looked at each other and said, this can't work, and the president just said Fourth of July, so we just need to move forward.”

Biron was referring to the speech President Biden gave in March during which he shared hope that if Americans got vaccinated, they could mark independence from COVID-19 on July 4. But that was before this latest surge of cases; a fact that's not lost on Biron.

“Things are going backward, it's kind of bad timing to be announcing shows at the end of the summer,” said Biron. “But again, we're optimistic and we're hopeful that by that time, things will change and we will be able to operate at close to normal operation.”