At a Monday news conference, the mayor said he would introduce an ordinance to place restrictions on protests held in the city. 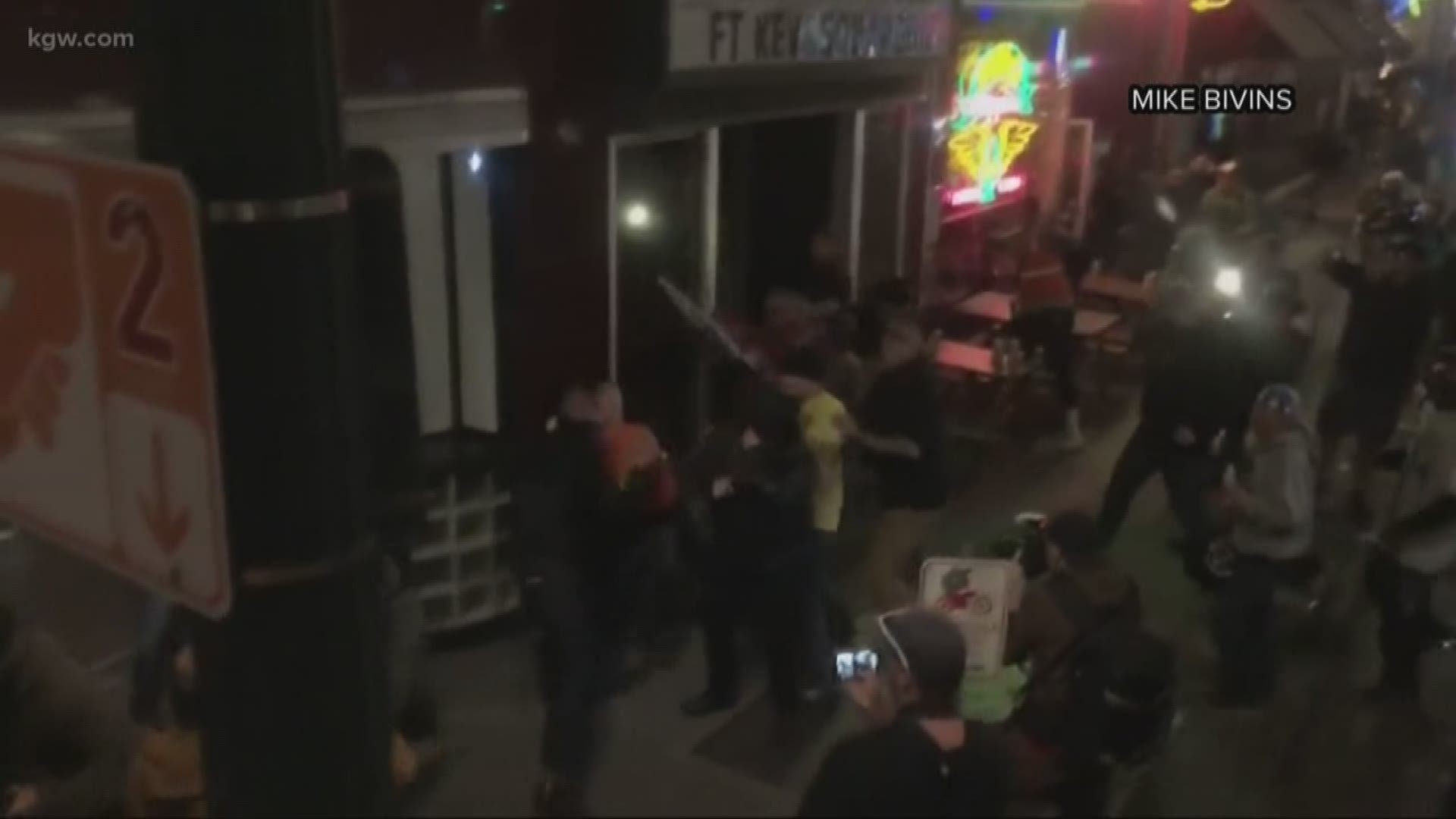 PORTLAND, Ore. — Portland Mayor Ted Wheeler says he will crack down on “street brawls” in Portland after a weekend protest turned into a fight between right-wing Patriot Prayer members and left-wing counter-demonstrators downtown.

“I will not allow continued, planned street violence between rival factions to take place in Portland, Oregon. And I will ask those in positions of influence – elected officials, lawyers and law enforcement, community organizations, and people of conscience – to join with me,” said Wheeler.

At a Monday news conference, the mayor said he would introduce an ordinance to place restrictions on protests held in the city.

“I have also asked my staff to evaluate options to hold accountable those who recklessly drain our public safety resources by using our city as a venue for planned street violence,” he said.

Portland police revealed Monday that before a similar protest on Aug. 4, officers found two men with concealed weapons permits and firearms on top of a parking garage overlooking the protest area. In a press release on Tuesday, police said none of the rifles was loaded and one was disassembled. All three were in cases.

"Based on information learned during the contact with the individuals, there was no imminent danger to the public and no police reports were written regarding this activity," police said in the news release.

Wheeler said the issue was not about political ideology.

“This goes beyond Democrat and Republican. This is about delivering a strong and principled message that we will not tolerate violence in our community.”

Patriot Prayer leader Joey Gibson called for the Saturday march in response to what he called a lack of action by the city's police department during an Oct. 6 showdown between a driver and anti-police protesters.

The Patriot Prayer group met for its march at 6 p.m. in front of the Nordstrom across the street from Pioneer Courthouse Square. They marched through downtown Portland holding a sign that said "Replace PDX Mayor!"

Right-wing and left-wing demonstrators ultimately brawled in the 400 block of Southwest Washington Street, outside of Kelly’s Olympian, a bar.

Officers attempted to restore order by using of less-lethal impact munitions, including foam and polystyrene bullets. No arrests were made.

Mike Bivins, a freelance journalist, captured the brawl on video and posted it on social media. Read the whole thread by Bivins, which captured photos and videos from the clash.

“As Portland does our part, I will call on other jurisdictions to do theirs,” Wheeler said Monday. “We have agreements with local, state, and federal law enforcement agencies, and we will ask them to help us prevent violence. We will ask prosecutors, and jails to enforce laws against those planning or engaging in violence. And we will ask those with investigatory authority to bring forward a full suite of options for changing the dynamic on our streets.”