Newly reelected Mayor Ted Wheeler said getting tents off public sidewalks will be a priority during his second term in office. 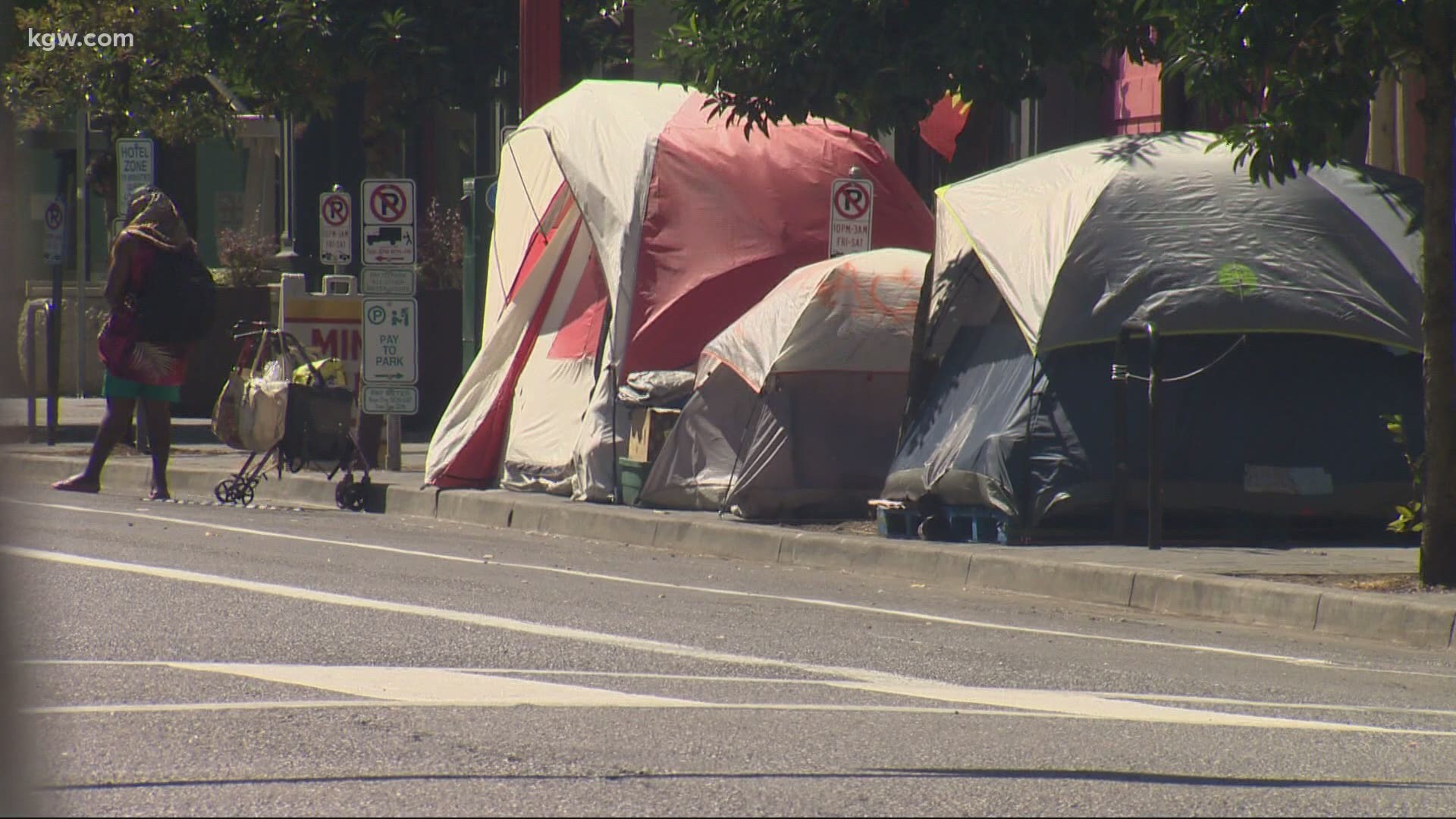 Portland Mayor Ted Wheeler said one of his priorities for the new year will be getting homeless campers off public sidewalks and into managed campsites.

The tents seem to be everywhere in Portland from the city's core to neighborhoods and beyond the city's boundaries.

It’s a problem that vexed mayors before him and eluded solution during the first four years in office for Mayor Wheeler.

Now, newly reelected, he's ready to take another shot at the problem.

“We all know we can’t continue to have a situation where we have hundreds and hundreds of tents blocking sidewalks, blocking businesses, blocking access to people’s homes,” said Wheeler.

So the mayor has a plan: Move the tents and campers into large, managed camps.

“We’re also gonna have to look at bigger strategies, like extending our managed camp system, potentially creating areas that are safe camp areas where people know that if they pitch a tent and there are some areas – perhaps out by the airport – there are some areas closer to the central city, if we identify those places and say look, in a pinch you can camp here,” he said.

The city has already set up three large campsites on the east and west sides of the Willamette River to help those without a home stay safe during the pandemic.

Dignity Village near the airport is a longtime encampment for those who are homeless.

“I would urge the mayor to just stop after he talks about the compassionate approaches," Sand said, "because the second part is just gonna make the problem worse."

She argued that forcing people to move their tent will make more people sick and move them farther away from help.

“Whenever we’re dealing with homelessness, of course, we’re dealing with people. And it's people in poverty. And that’s what’s going on. People in extreme poverty. And it's incumbent on everyone in society for us to own the fact that poverty is part of our society. So the last thing we should be doing is making life harder for the people who are suffering the most,” she said.

Still, Mayor Wheeler said there needs to be a balance between the rights of those who are living in tents and the rest of the people who live in the city.

RELATED: Wheeler, Portland's first two-term mayor in 16 years, says city council will be one of the strongest yet