Mayor Wheeler bans the sale of fireworks in Portland

The mayor’s emergency declaration comes one day after Portland Fire and Rescue announced a ban on the use of fireworks. 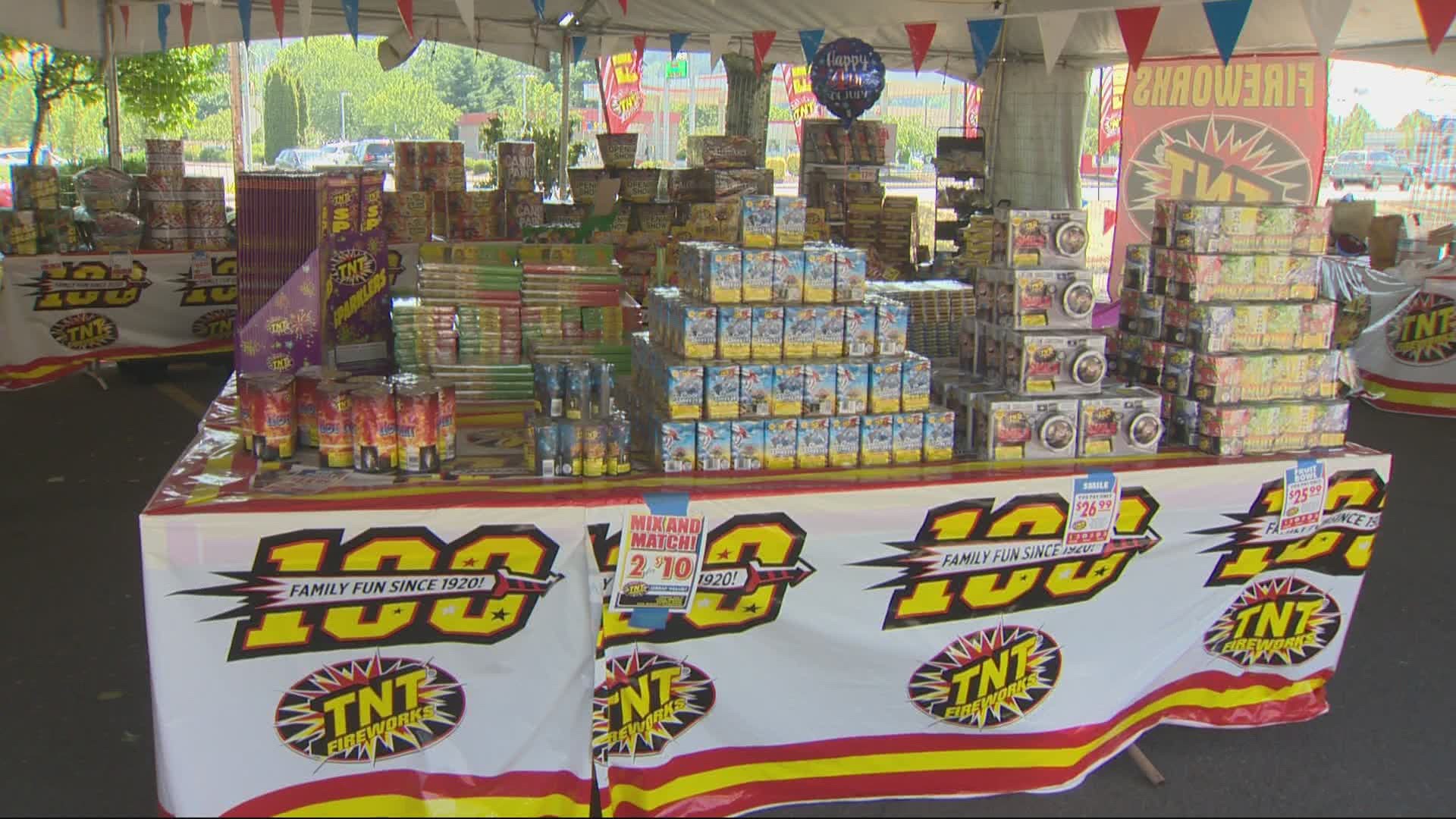 PORTLAND, Ore. — Mayor Ted Wheeler has banned the sale of fireworks in Portland as the region deals with high temperatures and dry conditions heading into the Fourth of July weekend.

The mayor signed an emergency declaration Wednesday that goes into effect immediately and goes through the end of the holiday weekend.

"With the recent historic, once-in-a-millennium heatwave and the forecast for continued warm weather, saving lives and property are a top priority," Mayor Wheeler said. "A decision like this doesn't come easily but it's imperative that we do all we can to ensure the everyone's safety. This sales ban is another necessary measure to reduce threats posed by wildfires to the city and all who live here."

On Tuesday, Portland Fire and Rescue announced a ban on the use of fireworks but it didn’t include a ban on sales.

They ask that residents don't call 911 to report people using fireworks, as it jams up the 911 emergency system.

Other counties and towns in the metro area have also banned fireworks. On Tuesday, Clark County announced the sale and use of fireworks would be prohibited through midnight on July 4.

The city of Milwaukie declared a local state of emergency and said the use of any fireworks is a civil infraction subject to a fine of up to $1,000 for each violation.

On Wednesday morning, Governor Kate Brown declared a state of emergency in Oregon due to the threat of wildfires because of the dry conditions. The declaration authorizes the Oregon Department of Forestry and the Oregon State Fire Marshal to utilize more resources to fight fires.

"Oregon is still recovering from the devastation of last year’s wildfires, which resulted in nine Oregonians losing their lives and thousands more losing their homes,” said Brown. “With wildfires already sparking this year, it is imperative that we act now to prevent further loss—of life, property, business, and our natural resources."

An excessive heat warning is still in effect for much of the state after record-shattering temperatures last weekend.