'Red House' standoff drawing to a close with 'agreement in principle' 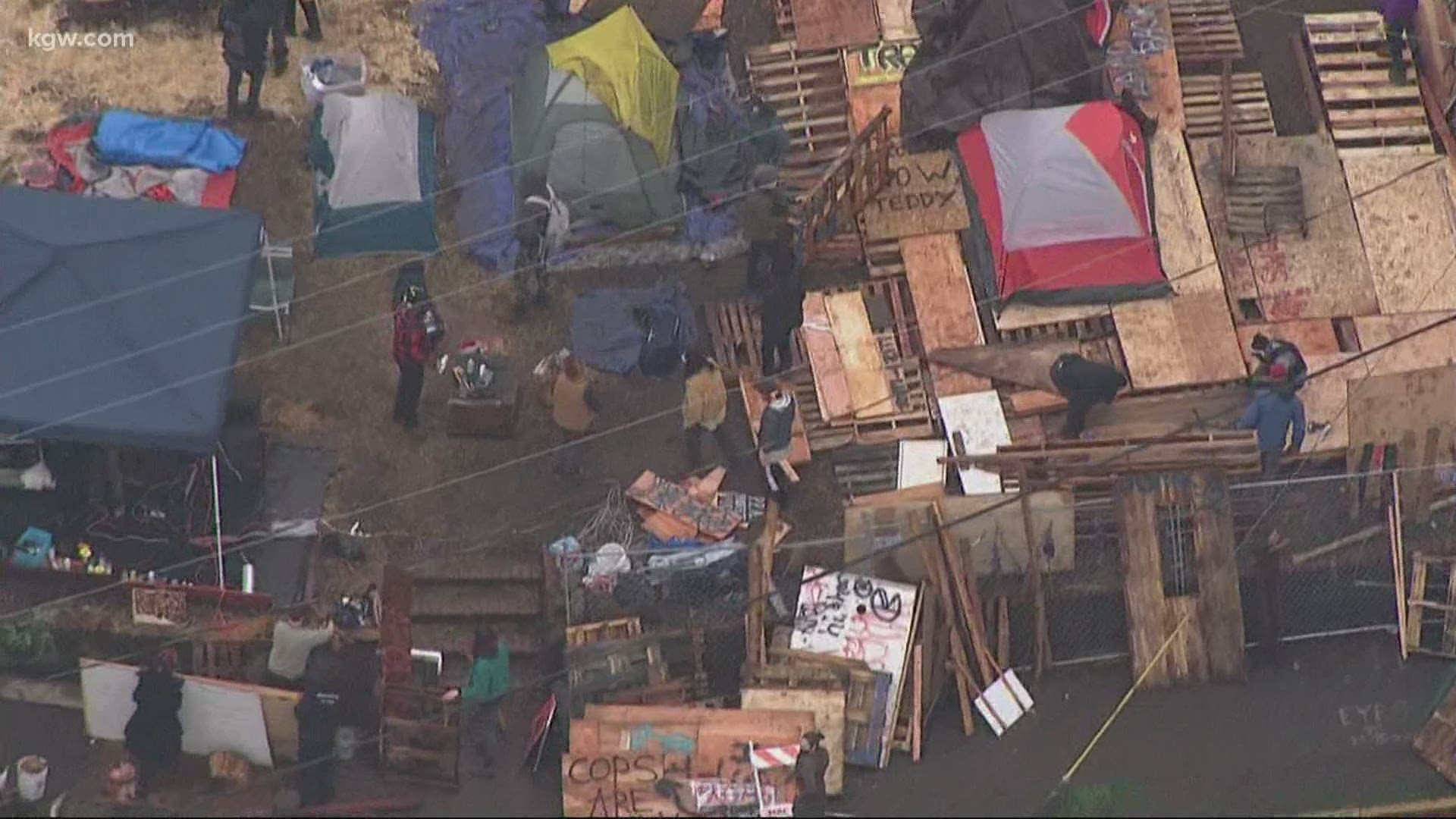 PORTLAND, Ore. — There were signs of change over the weekend at the "Red House" on Mississippi Avenue in North Portland, as occupiers and supporters began bringing down barricades and cleaning up.

And on Monday Portland Mayor Ted Wheeler announced an "agreement in principle" between the previous owners and the developer who bought the property in foreclosure.

“The mayor’s office used words, not weapons, to advance the wellbeing and safety of the neighborhood by helping to facilitate this agreement," Wheeler said. "The Kinney family is waiting for legal advice and we've provided them with a list of attorneys they can use with the closure of this project.  But my understanding is this is on track.”

The developer who bought the foreclosed property said he would consider selling the home back to the Kinney family, but the deal is far from done.

Red House supporters put out a statement, saying in part:

While the Kinneys haven't yet heard from Roman Ozeruga to begin negotiations, the fact that he's come forward to media outlets does promise one thing for sure—he's feeling the heat.

Last Tuesday, Multnomah County sheriff’s deputies moved in to clear the area around the Red House and, backed up by Portland officers, made several arrests before being pushed back.

Mayor Wheeler said the tension and danger were high.

RELATED: 'There will be no autonomous zone in Portland,' Wheeler says

"The Portland Police Bureau made it very clear to me up front this was the highest-risk situation that police officers could ever find themselves in,” said Wheeler.

Despite occupiers armed with paintball guns and a small roadblock remaining on Monday, it was a quieter scene at the home and nearby.

There were still people stopping by to see the Red House, and while some told KGW off camera they don't agree with the occupation, more people said they wanted to publicly support it.

“People are willing to fight for what they believe in and I think that's great, especially in Portland and America,” said Shane Bolton.

“I think it’s a reasonable show of force I’ve seen the police do worse things 14 when I’m in Eugene and in Portland so I think this kind of reaction is expected at some point,” His brother Trever said.

Another supporter, who did not want to be named, predicted that this won't be the last occupation of its kind.

“I think this is a really good learning opportunity for what we're going to have to keep doing to keep people from being evicted,” he said.

The mayor said he’s grateful the Red House situation appears to be de-escalating and coming to a resolution. But he is not in favor of property occupations becoming a regular occurrence.

“The way you resolve conflict is not to occupy an area, particularly with the use of firearms, and then demand that you get everything you want," he said. "That is not a negotiation. That is extortion.”