Matthew Choi was found stabbed to death in his Southeast Portland apartment building.

PORTLAND, Ore. — Inside the lobby of the East of Eleven studio apartment building in Southeast Portland there is a tribute to Matthew Choi who was killed over the weekend.

"He was extremely special," said Amy Jermain of Xxcelerate.

Xxcelerate is a supportive service provider for Oregon's women-owned busineses. The 33-year-old Choi was a food and beverage coach for Xxcelerate.

"You could speak across the food and beverage sector and he's touched somebody with a piece of advice, a gentle note on where to get a used van, a great sourcing idea," said Jermain.

Detectives are not saying much about Choi's death, only that he was found stabbed to death inside his secure apartment building.

"His death is unexplained," said Jermain. "It's a tragedy. "This doesn't happen in our community."

If Choi's name sounds familiar it is because he and his mom are the brains behind Choi's Kimchi.

For proof, look no further than the tributes pouring in for Choi.

Kim Jong Grillin' says, "Matt was one of the most solid people I've ever met and I will miss him dearly."

Amanda Oborne of Oregon Entrepreneurs Network said, "Our community has lost one of its best and brightest."

"It's a very tight-knit community so when one person is missing from it, we're all hurting," added Jermain.

Friends hope police track down whoever is responsible for Choi's death.

"We're all going to gather around food and wine, as you do, to celebrate his memory," said Jermain. "We wish his family well in this really challenging time."

A Go Fund Me has been established to help with funeral expenses. 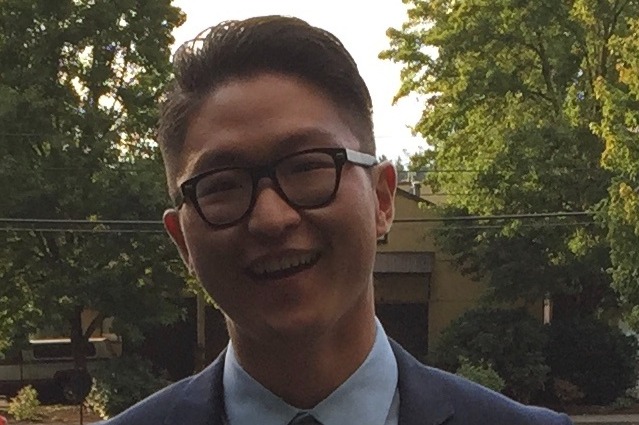 Matthew Choi's Memorial, organized by David Jin
It is with a heavy heart to inform you that our dear brother, Matt Choi has passed away over the weekend. Matt's life was senselessly taken away early Sunday morning when a stranger broke into his apartment while he was asleep and took his life.

Anyone with information about this case is urged to contact the Portland Police Bureau.