Massive trash pile in NE Portland is getting cleaned up

After complaints from neighbors, cleanup crews brought in four trucks and worked for several hours to clean up the trash pile at Northeast 160th and Burnside. 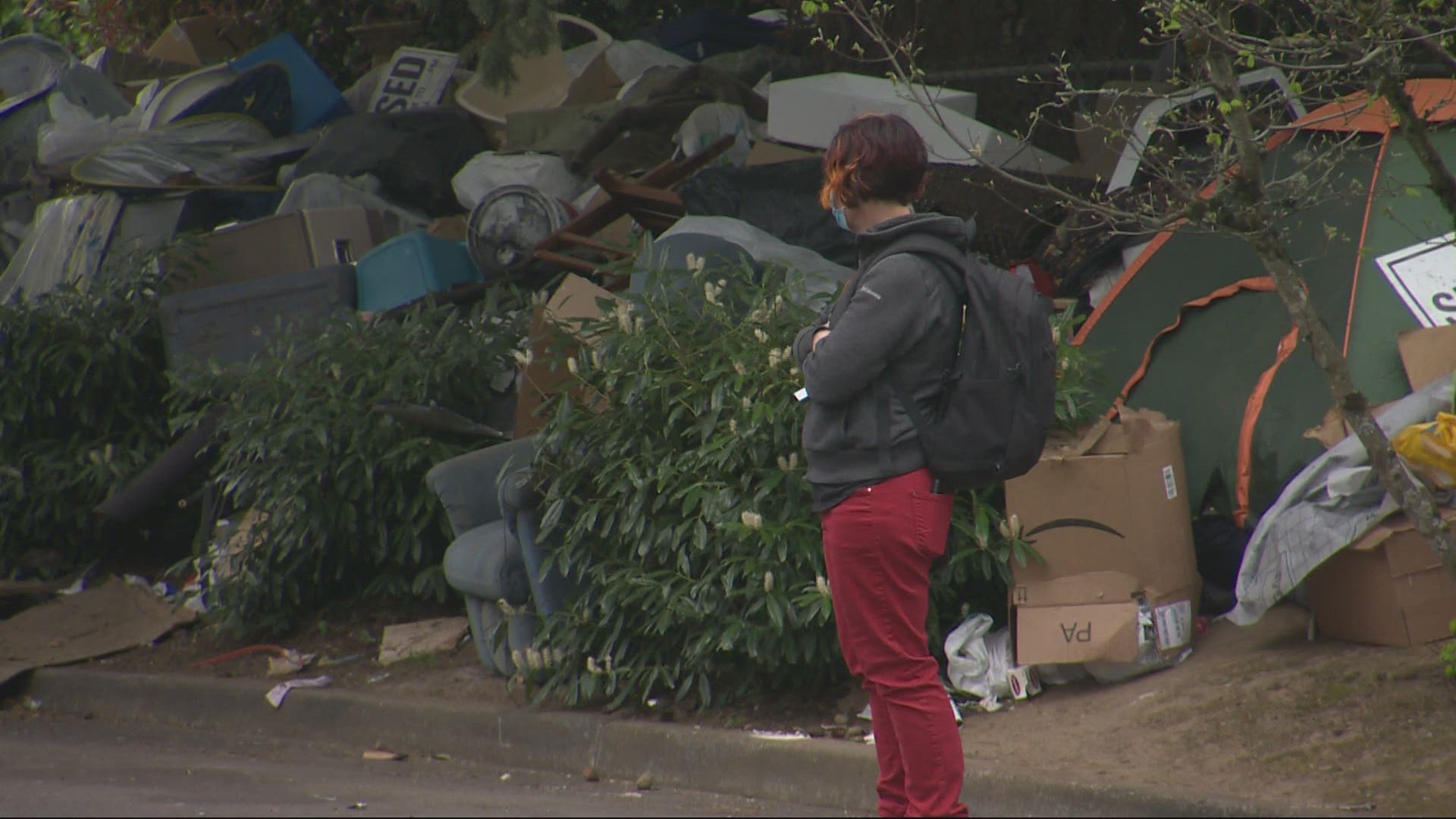 PORTLAND, Ore. — A pile of trash that stretched half a block at the corner of Burnside and Northeast 160th Avenue is finally being cleaned up.

"It's great, I'm glad that this is happening. It's just been a nightmare," said Merry Skuse, who lives in the neighborhood.

Neighbors tell KGW the pile has been there for about a year and has grown significantly over the last few months. "More garbage, more garbage, big rats, everything," said another neighbor.

Residents who saw the Rapid Response Bio Clean team park on their block on Thursday couldn't hide their excitement.

"I just feel wonderful to have that all gone, knowing everyday will be safe, the rats will maybe go somewhere else," said Skuse.

The Rapid Respond team initially brought one truck and a few crew members to clean the pile. Once on scene, they quickly realized they needed more help and called for another truck and more workers.

Last week, when KGW reported on neighbors' complaints, the city initially told us they did not have plans to remove the mess, saying it was considered a low health risk site and didn't meet the criteria for removal. Then earlier this week, a neighbor notified us someone from the city told them the site was posted for removal.

On Thursday, Rapid Response crews picked up garbage and removed a man's tent at the site after he was arrested for assault. Skuse says he punched her in the face when she was trying to take a photo of the trash pile.

"Hopefully the fellow can get help and everyone will be ok," said Skuse.

Cascadia Behavioral Healthcare responded and contacted the man. The outreach team's primary role is to support people living outside, especially if there's a behavioral health need.

With the trash cleanup, neighbors feel the area will not only look better for potential renters, but it will be much safer. "We can finally get the kids back to the school bus stop because it's literally right here in the corner," said one neighbor.

In total, Rapid Response crews brought in four trucks, and they worked for several hours to clean up as much as they could. Work is set to resume on Friday.