The lawsuit paints a picture of Salazar as a controlling coach who often publicly berated distance runner Mary Cain about her appearance, body and weight. 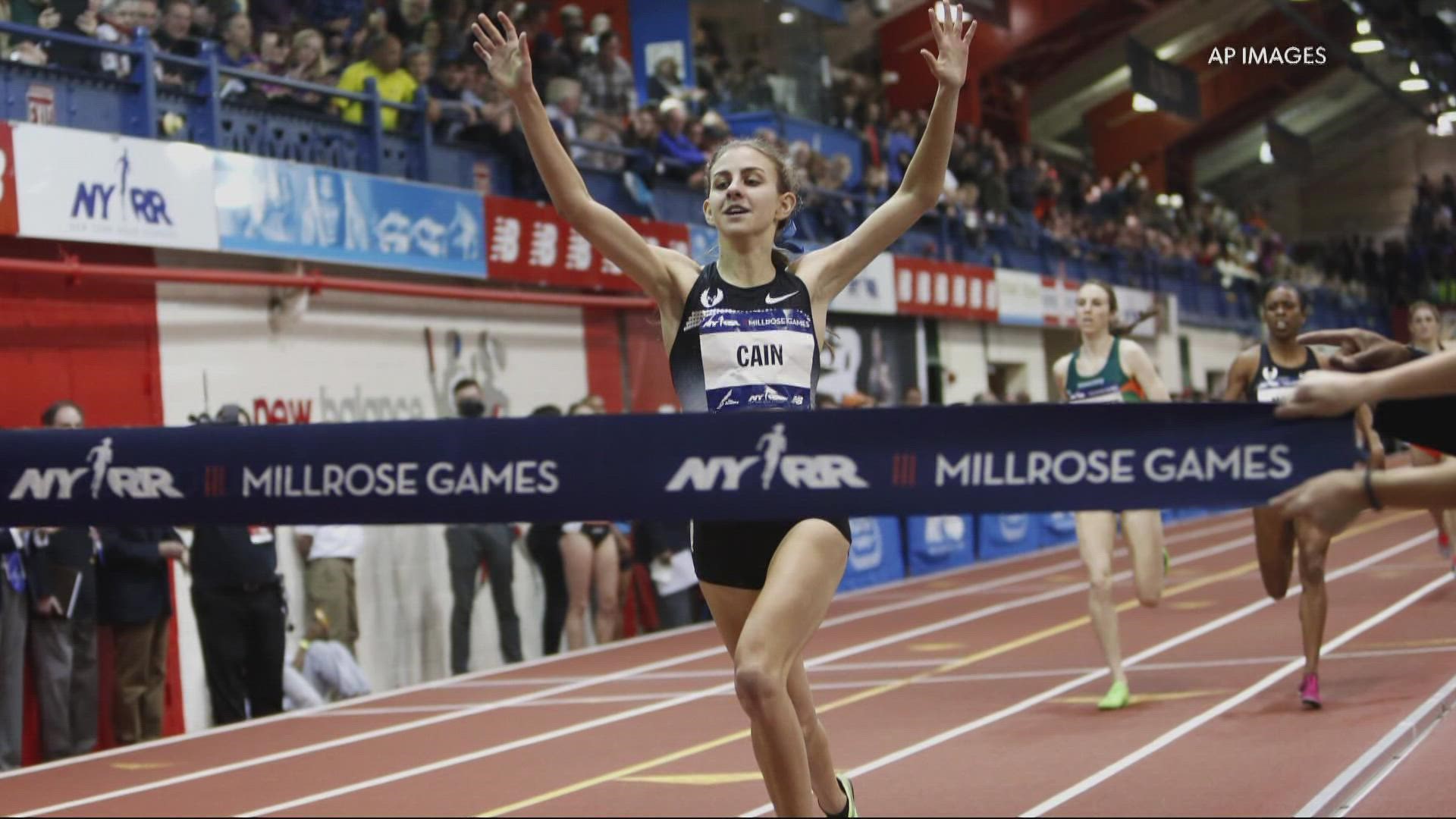 PORTLAND, Ore. — Former distance runner Mary Cain has filed a $20 million dollar lawsuit against her former coach Alberto Salazar and his employer, Nike, over allegations of physical and emotional abuse while she trained with the Nike Oregon Project.

In 2013, then 17-year-old Cain moved from New York to Oregon to join the Nike Oregon Project, an elite track and field program that Salazar oversaw. The program was formed in 2001 and provided rigorous training and cutting-edge technology to train distance runners.

The lawsuit paints a picture of Salazar as a controlling coach who often publicly berated Cain about her appearance, body and weight. The lawsuit describes an alleged incident where Cain stole Clif bars from her teammates while training in Utah and ate them in the bathroom because she was being underfed.

The lawsuit alleges another incident in April of 2015 when Cain described having "a good workout in the morning, and in the evening a disappointing one." Salazar claimed he knew Cain gained five pounds since that morning. The lawsuit said, "Salazar was irate on this occasion, flailing his arms, red in the face screaming that the plaintiff had gained five pounds in one day."

Salazar also had control over her medical visits, sleep schedule, and daily workouts and training, the lawsuit said.

According to Cain, Salazar pushed her to train while she was suffering from painful and debilitating injuries. Cain developed an eating disorder, began self-harming herself and sometimes experienced panic attacks while training. The lawsuit alleges that Salazar knew all of this was happening and did nothing to help.

"Salazar teased her about being emotional, and did so in front of other people, accusing her of being weak because she could not control her emotions," the lawsuit said.

“This is really about the exploitation of young, female athletes,” said Cain’s attorney, Kristen McCall.

McCall said she wants this case to underline why companies should prioritize women’s health and wellbeing, not just winning and profits.

“These athletes who've been abused and neglected have the strongest drive and commitment to themselves that I've ever seen," said McCall. "And then it gets exploited.”

The lawsuit said Nike was indifferent to Cain's health and safety, and that Cain suffered injuries due to the company's negligence.

In response to questions about the lawsuit, Nike responded with a statement to KGW saying, "We don't comment on ongoing litigation. Nike is committed to positively affecting the future of sport for women and girls and we are doing more in this space than ever before."

Cain's allegations against Salazar and the Nike Oregon Project were first made public in an Op-Ed video from the New York Times in 2019. In the video, Cain said, "I joined Nike because I wanted to be the best female athlete ever. Instead, I was emotionally and physically abused by a system designed by Alberto and endorsed by Nike."

The Nike Oregon Project was dissolved in 2019.

That same year, Salazar received a four-year ban from track and field after an investigation by the U.S. Anti-Doping Agency found him guilty of violations including trafficking testosterone and experimenting with supplements. Salazar denied any wrongdoing. In September of 2021, the Court of Arbitration for Sport rejected an appeal from Salazar, confirming that he had broken anti-doping rules. None of his former runners have been charged with doping violations.