No charges for Marion County deputy who punched suspect 17 times

A deputy will not be charged after punching a suspect 17 times during an arrest earlier this month. An investigation found the suspect was wearing makeshift body armor on one arm and carrying a knife in his waistband. 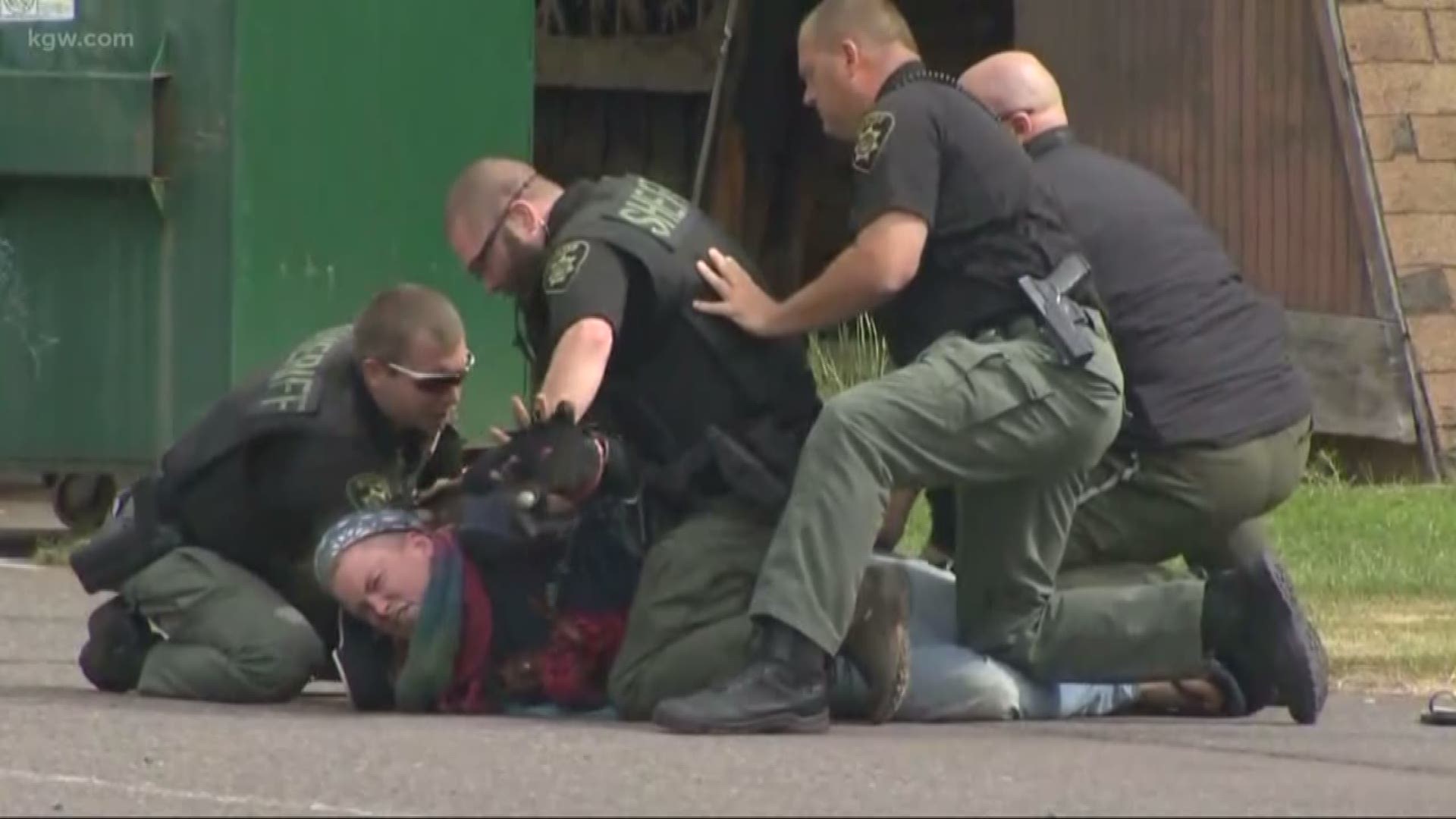 DETROIT, Ore. -- A Marion County sheriff's deputy will not face any criminal charges after punching a man 17 times during an arrest caught on video earlier this month.

"After a thorough review of the June 4, 2018 arrest of Kevin Straw, 28 years old, the Marion County District Attorney’s Office has determined that Marion County Deputy Jacob Thompson will not be charged with any crime for his role in that arrest," the DA's office said in a statement released Friday.

Marion County Sheriff Jason Myers said in a statement that Thompson will be the subject of a professional standards investigation, which will be a "holistic review of the arrest to determine if any sheriff's office policy violations occurred, if discipline is warranted or if any updates to policy or training are needed."

Thompson will remain on his non-patrol assignment through the investigation.

Straw was arrested near a command center where Marion County search-and-rescue crews were mobilizing to find a missing father and son.

Deputy Ethan Griffith said Straw was arrested after he continually entered the command post and disrupted crews, making so much noise that rescuers were unable to hear and talk with search personnel. Straw physically resisted, so deputies used force to take him into custody.

According to the DA's findings, two deputies attempted to put Straw’s hands behind his back, but neither was successful. Thompson and another deputy moved in to assist.

Investigators said that Thompson punched Straw 17 times in the back of the head "to distract or disable Kevin Straw from reaching under his body and to allow deputies to place his hands behind his back."

What's not seen on the video, the statement continues, is that Straw's right arm continually moved toward his waistband, where suspects often conceal weapons. His left arm was wrapped in sheet-metal armor made up of two pieces that "had sharp, uneven edges, and one of the pieces had two bolts protruding from it to create makeshift spikes."

Straw denied having a knife.

Deputies eventually found that Straw did have a sheathed Bowie knife in his waistband.

The district attorney's office found that during the arrest Thompson acted in accordance with ORS 161.325, meaning he believed physical force was either:

Kevin Straw was cited at the time for interfering with a peace officer and resisting arrest. But the district attorney has declined prosecution, opting instead to "connect him with mental health services in the community."