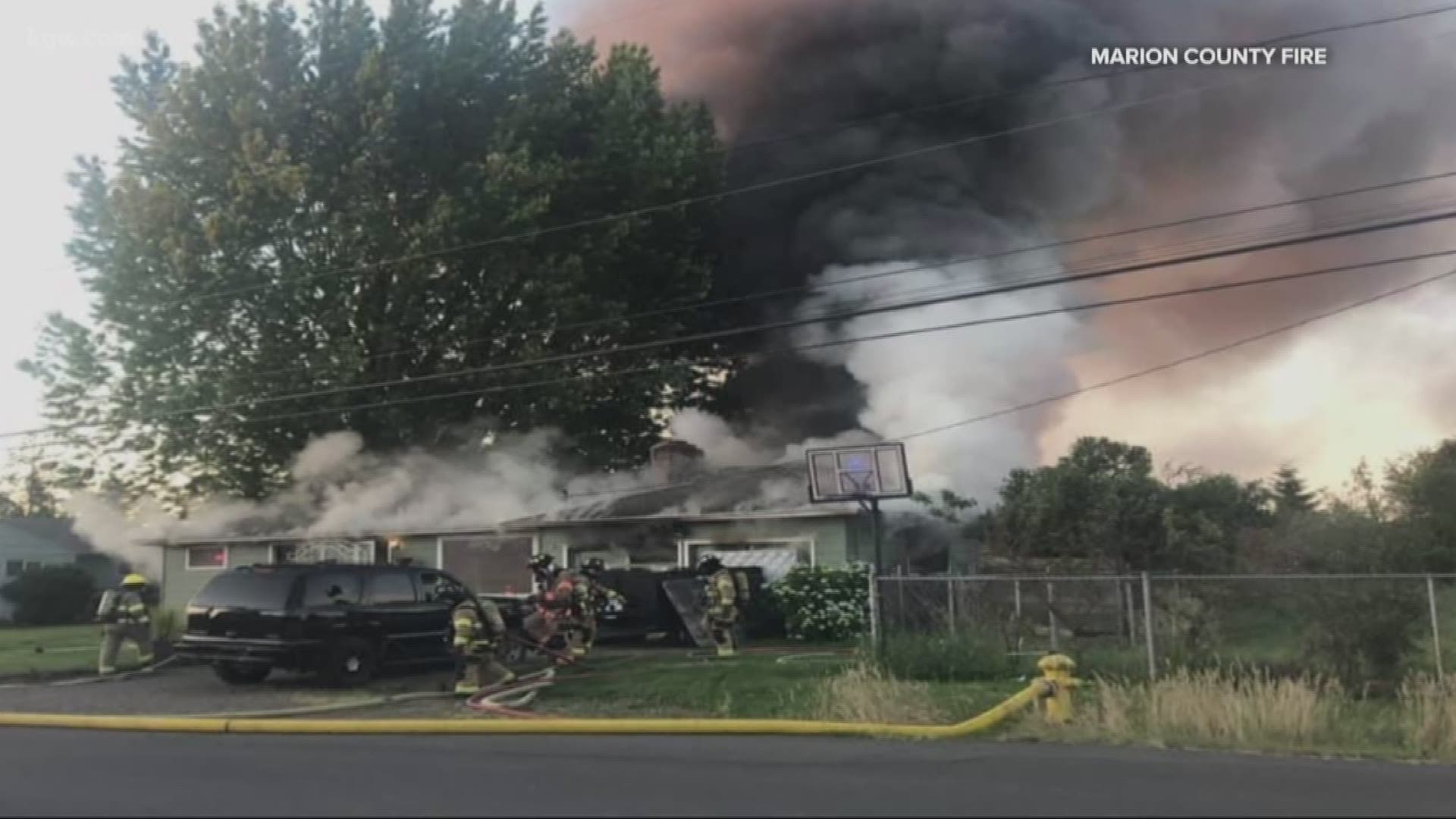 The fire was reported at around 5:15 a.m. in the 4300 block of Munkers Street SE. The home was fully consumed by the fire when firefighters arrived, according to the Marion County Sheriff’s Office.

Firefighters were still able to rescue a man trapped inside. Timothy Allen, 45, was taken to a hospital where he later died, the sheriff’s office said.

The Marion County Sheriff’s Office, Marion County Fire District #1 and Oregon State Police are investigating. The cause of the fire has not been determined.

Anyone who may have information about the fire is asked to contact Deputy Chris Kennedy at 503-930-9464.