The boy was in a crosswalk at the time of the crash. 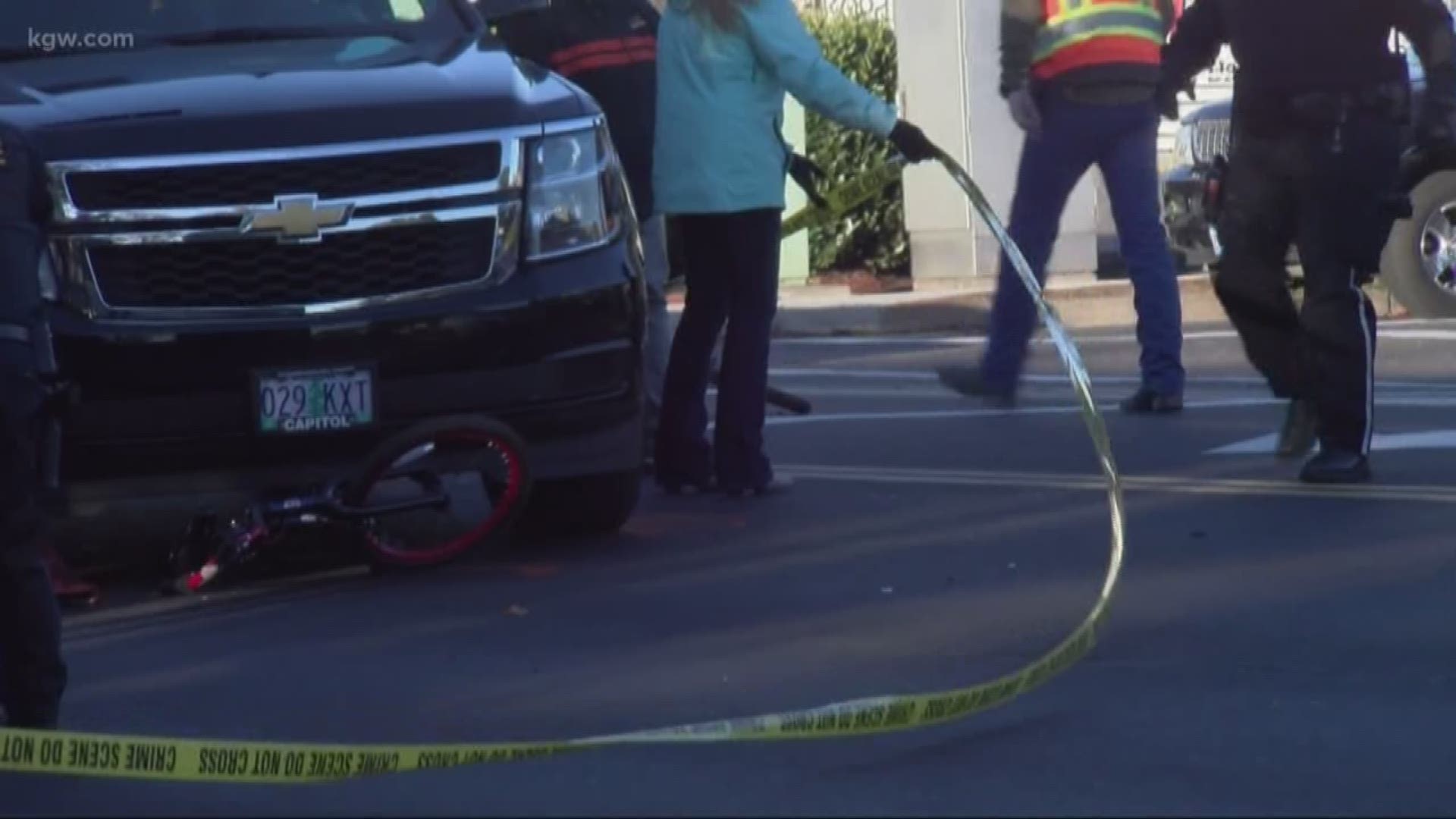 KEIZER, Oregon — A 6-year-old was taken to the hospital Tuesday night after getting hit by a car while riding his bike in a crosswalk.

It happened on Sam Orcutt Way NE at River Road around 5pm.

Police say a 37-year-old Keizer woman, driving a Chevy Tahoe, was turning south onto River Road when she collided with Kai-Orn Ellertson.

He was in a crosswalk on his bicycle with his mother, who was not injured.

The child suffered a head injury. He was first taken to Salem Health, then flown to Legacy Emanuel Medical Center in Portland for further treatment.

No citations have been issued and the driver remains cooperative with the investigation.

Keizer Police are asking anyone who witnessed the crash to call Officer Martin Powell at 503-390-3713.

READ: Vigil held for 10-year-old boy killed while riding his bike to school