Oregon AG: 'I will do everything within my legal authority to protect' marijuana industry 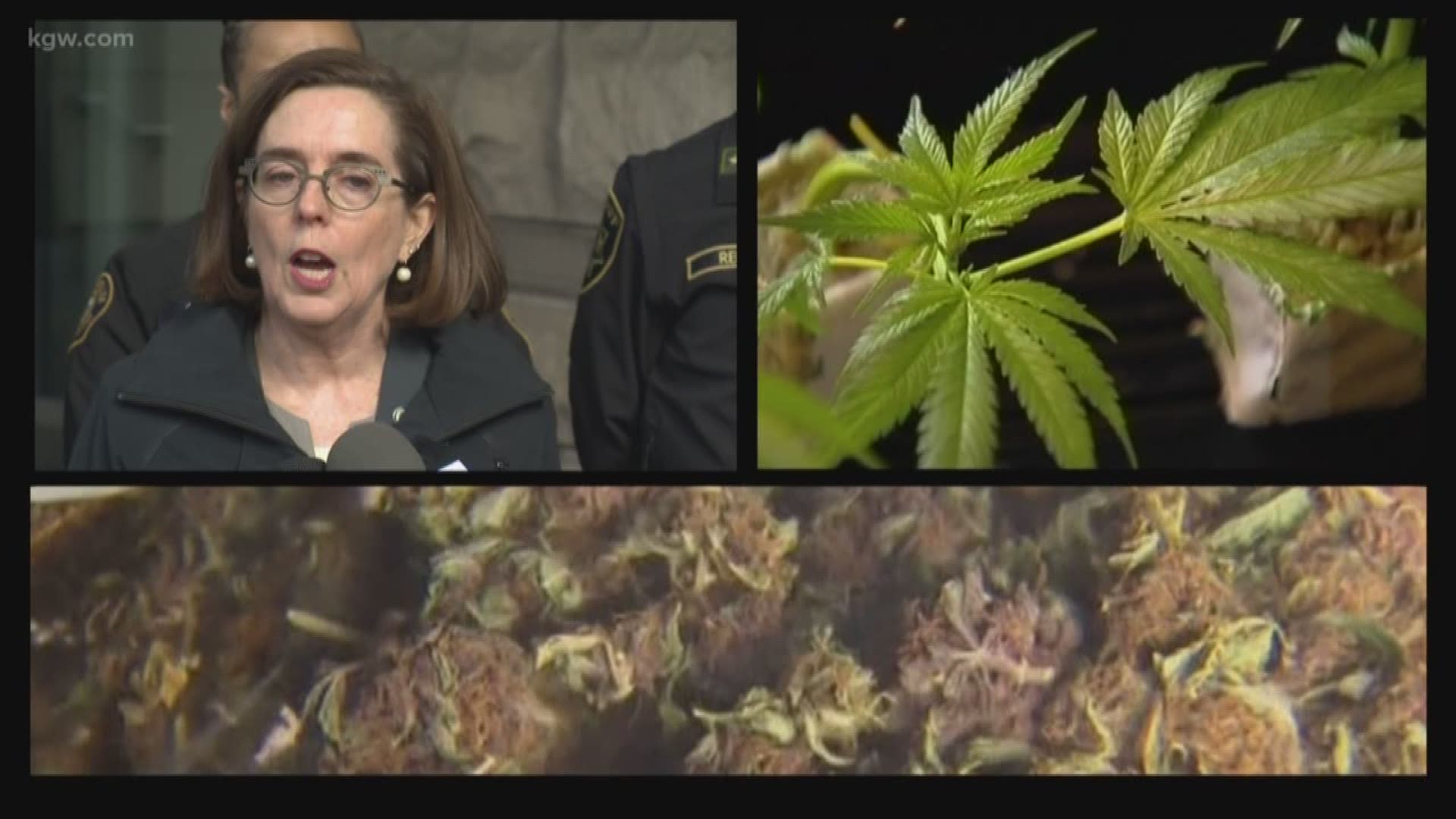 Rosenblum, in a statement, said the state collected more than $60 million in state taxes in 2017 as a result of the state's legal marijuana industry. She said the Oregon Department of Justice ... will continue to make sure Oregon's marijuana industry thrives," and assured that she "will do everything within my legal authority to protect" the industry.

Billy J. Williams, Oregon's U.S. Attorney, also released a statement in which he said he'll work with local and state partners to slow "the diversion of marijuana out of state" and violent crime.

"We will continue working with our federal, state, local and tribal law enforcement partners to pursue shared public safety objectives," he said, "with an emphasis on stemming the overproduction of marijuana and the diversion of marijuana out of state, dismantling criminal organizations and thwarting violent crime in our communities.”

Numerous Oregon politicians pushed back Thursday against Sessions' plan to end the Obama-era policy that barred federal law enforcement officials from interfering with marijuana sales in states where the drug is legal.

Oregon Gov. Kate Brown said rolling back federal marijuana policy, which has been largely non-interventionist, will disrupt the state's economy. She said over 19,000 jobs have been created by the marijuana market in Oregon, which was the first state to decriminalize personal possession in 1973, legalized medical marijuana in 1998, and recreational use in 2014.

“The industry has created over 19,000 jobs throughout the state of Oregon, adding over 100 million dollars in revenue to schools, to public safety,” she said.

Reports that Attorney General Jeff Sessions will roll back federal marijuana policy are deeply concerning & disruptive to Oregon's economy. Oregon voters were clear when they chose to legalize the sale of marijuana & the fed govt shouldn't stand in the way https://t.co/3ax9EvdGGE

Oregon GOP gubernatorial candidate Knute Buehler also weighed in, saying the federal government should respect the will of the people.

The federal government should respect the will of Oregon voters; the principle of federalism is at stake. As Governor, I will defend Oregon interests and honor voter intent. https://t.co/RTmYrPS0Uz #orpol

Local marijuana dispensers were unhappy with the news. Leigha Christensen of Oregon's Finest, said there's no reason for the federal government to intervene like this.

"All of the government officials are on board with it because they want what the people want," she said. "We're legitimate. We're all doing really well, there's been no hiccups. You know, there's really no reason."

The owner of another dispensary, The Green Planet, said he believes this could instill fear and uncertainty, and will move the industry further away from conventional banking, which is controlled by the federal government.

Oregon Rep. Earl Blumenauer, a chief backer of legalized marijuana who co-sponsored an amendment that prevents the Justice Department from interfering with states' medical marijuana programs, called the move outrageous.

He said anyone who cares about this issue should mobilize and push back strongly.

"One wonders if Trump was consulted—it is Jeff Sessions after all—because this would violate his campaign promise not to interfere with state marijuana laws," he said in a prepared statement.

One wonders if Trump was consulted—it is Jeff Sessions after all—because this would violate his campaign promise not to interfere with state marijuana laws. It's time for ANYONE who cares about this issue to mobilize and push back strongly against this decision. https://t.co/S0neITlP5q

"Opening the door to go after legal marijuana businesses ignores the will of the majority of Americans and marks yet another socially unjust and economically backward scheme from this administration," Wyden said in a statement.

Had to ask @realDonaldTrump about #marijuana in light of his alliance with @GovChristie:#9NEWS #COpolitics pic.twitter.com/lK4btIQWuK

Oregon Rep. Suzanne Bonamici said Oregon voters have spoken and the federal government should respect the will of the states.

The Department of Justice has much more important things to focus on than prosecuting licensed, legitimate businesses. Oregon voters have spoken and the federal government must respect the will of the states that have legalized the use of marijuana.https://t.co/xqptVqvTyc

Portland City Commissioner Nick Fish called on Congress to remove marijuana from Schedule 1. According to the DEA, Schedule 1 drugs are categorized as such if they have high abuse potential, no medical use in the United States and have severe safety concerns. Marijuana is currently considered a Schedule 1 drug by the DEA, even though some states have legalized it for recreational or medical use.

Now that #JeffSessions has declared war on pro-cannabis states like Oregon, its time for Congress to act quickly to remove marijuana from Schedule 1.

Oregon State Treasurer Tobias Read said the Trump administration should support states' rights and focus resources elsewhere. "If the administration truly wanted to address a public health crisis they would put their time and resources toward fighting the opioid epidemic," he said in a statement.

KGW's Pat Dooris and The Associated Press contributed to this article.