AAA isn't saying marijuana contributed to the crashes; they just wanted to look at the prevalence of marijuana use in fatal crashes. 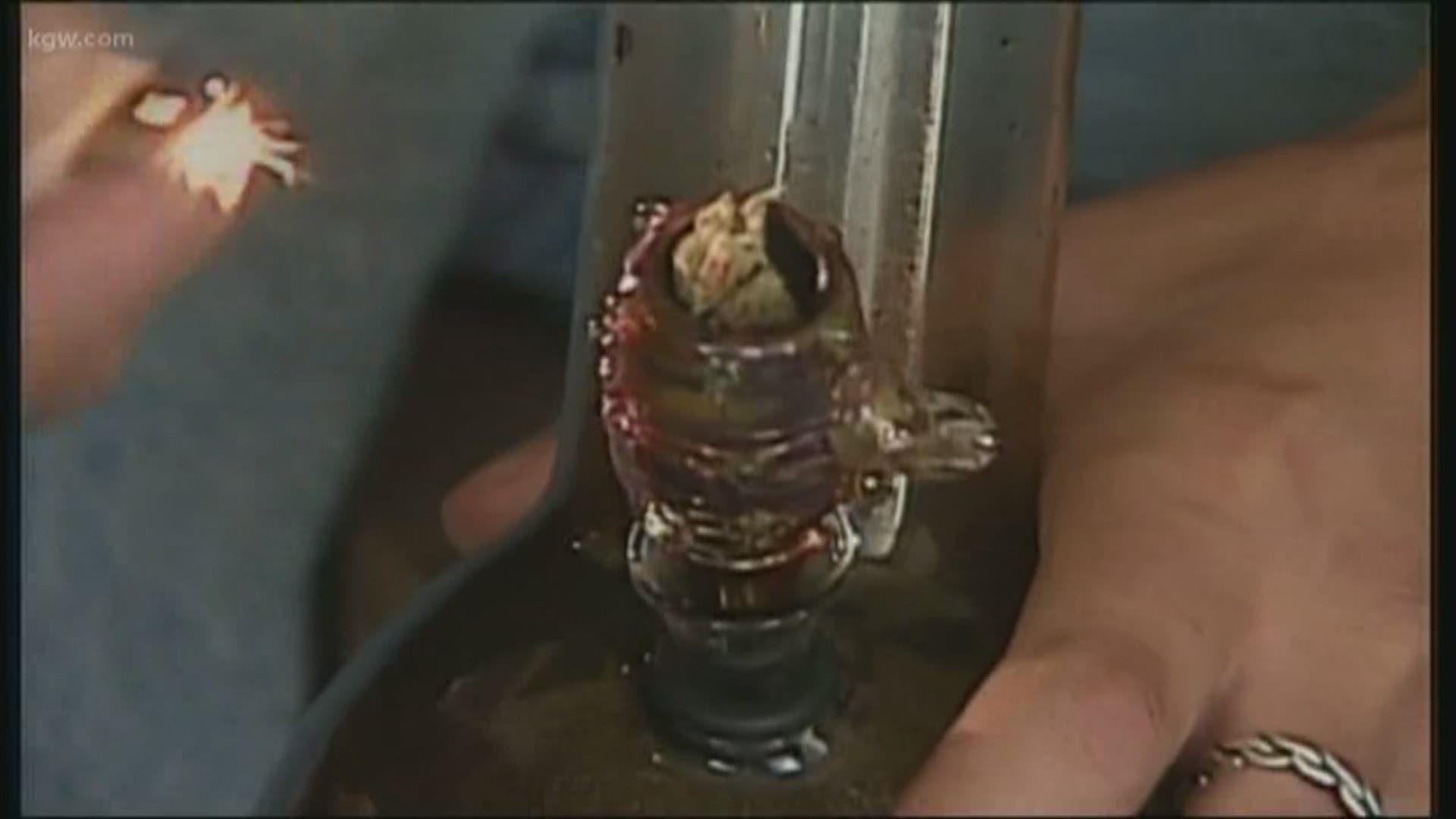 VANCOUVER, Wash. — Legalization has made it easier than ever to smoke pot, and a new study shows there could be consequences with that.

More drivers involved in deadly crashes in Washington smoked or consumed marijuana within hours before the crash. That's according to a new AAA Foundation for Traffic Safety study looking at the years before and after pot became legal in Washington.

AAA says this study suggests the legalization of recreational weed may increase the rate of drivers with THC in their system who are involved in deadly accidents.

In the five years before Washington voters legalized pot, about 9% of drivers in deadly crashes tested positive for marijuana. The study shows after marijuana became legal that percentage doubled. The average number of drivers with THC in their system went up, too.

From 2016 : Marijuana-linked traffic fatalities on the rise, AAA warns

In Vancouver, outside the bustling Main Street Marijuana, KGW asked Washingtonians if these new numbers surprised them.

Jessica Everidge says it’s likely just as many people were driving under the influence of marijuana before it was ever legal but it wasn’t tracked or enforced as heavily.

"I don't really think it’s ever changed at all,” Everidge said.

"It doesn’t even surprise me then because now that it’s legal people think they can get away with whatever they want,” Battle Ground resident Erin Mathis said.

"I'm not surprised at all. With it being legalized I would expect more people to be doing it,” Vancouver resident James Warne said.

"I don't necessarily think they're any more emboldened. If somebody is going to break the law they're going break law one way or another. So, the fact they have a safe legal outlet to get it, I don't think they're necessarily going to be breaking the law more because of that,” Main Street Marijuana co-owner Adam Hamide said.

An important note: AAA isn't saying marijuana contributed to the crashes; they just wanted to look at the prevalence of marijuana use in fatal crashes.

Law enforcement can conduct field sobriety tests to see if someone is high. But there aren't accurate roadside tests to determine a level of impairment like there are for alcohol.

"I definitely have friends that smoke and drive high and feel it has no effect on them and feel they can drive safely under the influence,” Warne said.

While THC can stay in someone's system for weeks, AAA Oregon/Idaho public affairs director Marie Dodds said their study looked at recent use.

"What this study looked at was active THC, so it’s considered the THC you would see in someone’s system shortly after using the drug. And that does make marijuana testing difficult, in fact. And that’s why AAA does not support states and efforts to have - similar to alcohol - the so-called ‘per se' limits," Dodds said. “Because the amount of THC in an individual’s system can vary greatly by individual. There is really no good number, no magic number like we have with alcohol and .08 blood-alcohol content. It is very difficult to have similar number with THC it just doesn’t work that way."

AAA's advice for states with legal pot is not to create arbitrary legal limits to figure out if someone is too high to drive. Instead, create a two-pronged approach that sets a positive test for recent marijuana use and requires behavioral and physiological proof that someone's impaired.

Bottom line is if you've smoked weed, eaten an edible or ingested oil: don't get behind the wheel.

"If you use marijuana, don't drive. If you plan to drive, don't use marijuana. And remember just because something is legal doesn't make it safe to consume before driving,” Dodds added.

AAA doesn't quite know how Oregon stacks up yet. They like to have five years' worth of data. In Oregon our five-year legalization anniversary is coming up this fall, so AAA anticipates crunching numbers soon.

RELATED: Report: Oregon's marijuana sales are 420% above the statewide average in counties along Idaho border