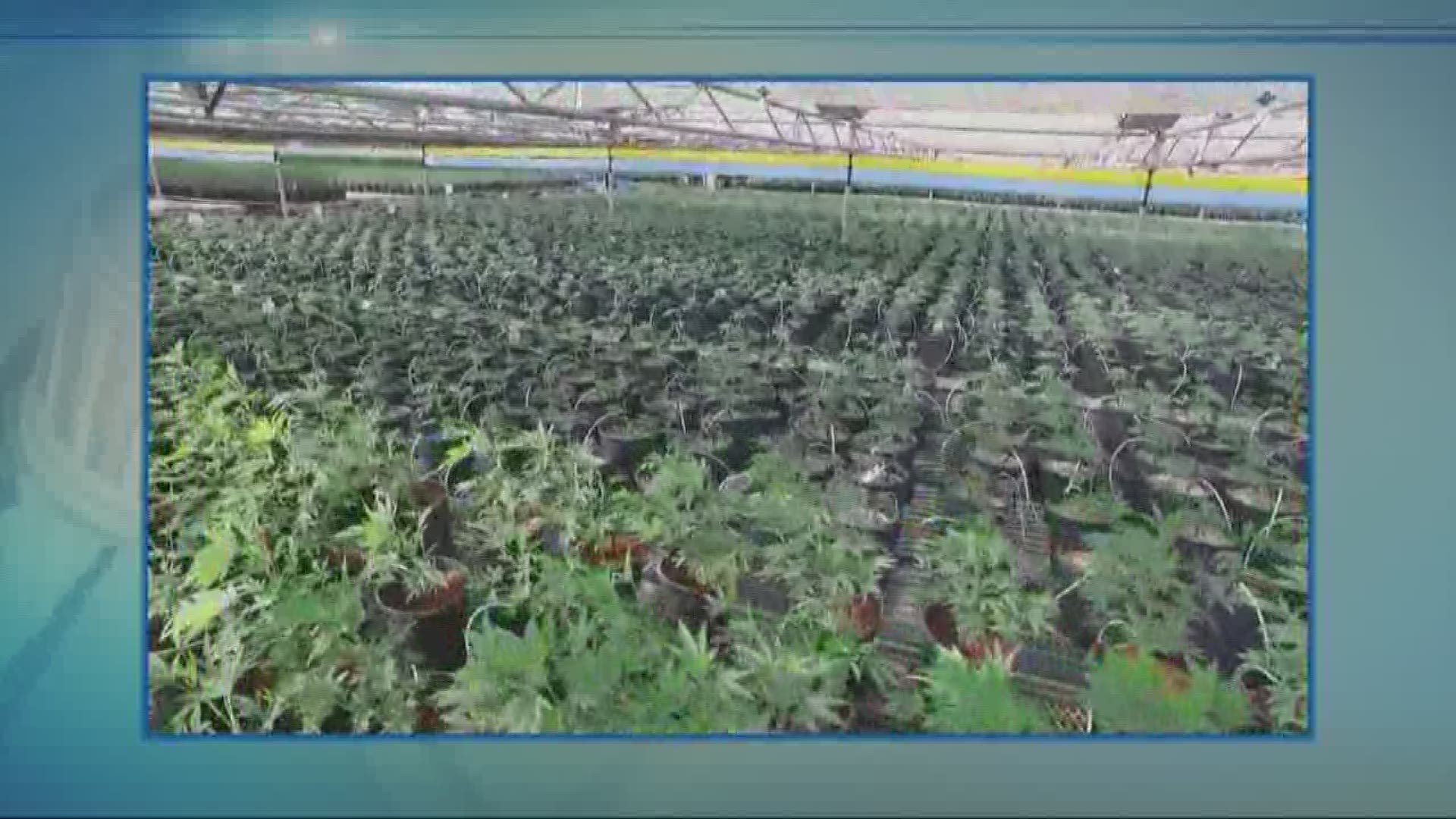 Proceeds from the black market sales returned to Oregon as cash stuffed in airplane luggage or through the U.S. mail, said U.S. Attorney for Oregon Billy J. Williams.

All six defendants are charged with conspiring to manufacture, possess and distribute marijuana — which remains illegal under federal law. Other charges include money laundering, kidnapping and using a firearm to commit a drug trafficking crime and interfere with commerce.

"These cases provide clear evidence of what I have repeatedly raised concerns over: Oregon's marijuana industry is attracting organized criminal networks looking to capitalize on the state's relaxed regulatory environment," Williams said in a statement.

Oregon law allows the manufacture and sale of marijuana within state boundaries for growers, processors and retailers who are permitted by the state.

Williams has repeatedly called on Oregon regulators to tighten their monitoring of the marijuana industry to limit diversion out-of-state.

Oregon's adult-use market has struggled for months with too much marijuana, an outcome fueled by state regulations that didn't limit the number of growers and allowed each grower to have multiple licenses.

Usable flower refers to the dried marijuana flower — or bud — that is most commonly associated with marijuana consumption.

The Oregon Liquor Control Commission, which regulates the state's general use marijuana program, froze applications for new growing licenses in June amid a huge backlog. And the agency recently dramatically reduced the amount of marijuana flower medical pot card holders can buy at a retail store.

Marijuana cultivators who grow the plant legally under the state program say any diversion is from illegal growers.

Kevin Sonoff, a U.S. attorney spokesman, did not immediately respond to a query about whether the defendants in these cases were part of Oregon's legal system.

Federal agents also seized multiple guns and discovered $1.7 million in property in Portland and one of its suburbs associated with the schemes, authorities said.

The U.S. government has filed a parallel civil case in an attempt to recover those properties through forfeiture because they were used to grow some of the marijuana.

Three of the defendants are from Houston, two from Portland, and one from Hood River.