'Canna-bus' to give pot users a new experience

The latest venture is the Bridgetown Weed Tour and its mobile smoking lounge. 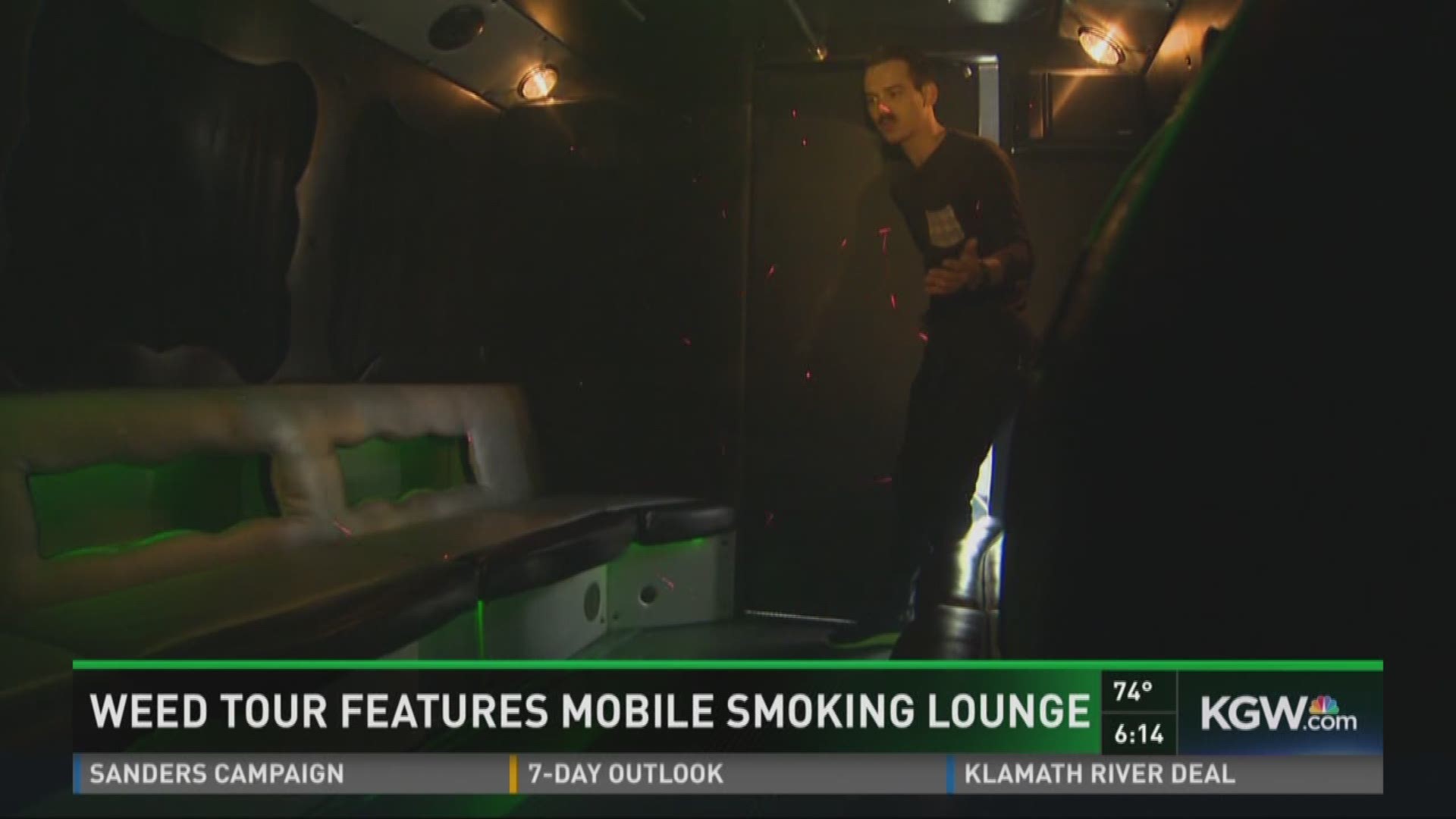 PORTLAND, Ore. -- Recreational marijuana is bringing in more revenue than originally anticipated. And with all that money, comes a boost in tourism. The latest venture is the Bridgetown Weed Tour and its mobile smoking lounge.

Getting high is a legal decision in Oregon. And now, a weed tour is also an option.

“We're not your typical tour that you're seeing in Denver or Seattle,” said Bridgetown Weed Tour’s director of operations, Ryan McFallo. “We're actually giving people a hands-on learning experience and that's what we wanted to build from the start.”

The Bridgetown Weed Tour starts rolling April 16 and it will feature a mobile smoking lounge called the “Canna-bus.” McFallo says it has everything.

There’s a big screen TV, a full sound system and even a smoke machine with neon lights. Customers who rent the canna-bus for a tour will have complete privacy.

The tour will stop at several locations. Night clubs, comedy clubs, restaurants, shows and popular events. And of course, the tour will partner with marijuana dispensaries.

“We have our Kashmir dream right now which is half Kashmir Kush and half Blue Dream," said Kevin Humble, a joint roller at Green Sky Collective. “That's what we're here for, to inform to teach and to show.”

The tour has three packages. An early bird brunch, which includes a “wake & bake” cooking class. There’s a “Grasshopper Tour,” which will include visits to dispensaries, growing operations and extraction labs. And there’s the “Night Owl” package.

“Its going to be the best cannabis experience in Portland.”

People from all over the country are still fascinated that Oregonians can buy and smoke marijuana legally, especially while rolling around in a mobile smoking lounge.

"They laugh at the idea of being able to walk into a place and see ganja like this," said Cory Brizuela, a budtender at Green Sky Collective.

Brizuela says most tourists have a lot of questions.

“How is it grown? What kind of nutrients did you use with our in-house strain? We're able to talk about that a little bit more, so that’s some of the other focus."

And the list of partners, much like the marijuana tourism industry, is expected to continue to grow.

“We're getting a constant interest from dispensary owners everyday asking how they can be a part of the tour," McFallo said.

KGW checked with the Oregon Liquor Control Commission about the legality of a mobile smoking lounge. The OLCC says it’s not their area of enforcement, but says smoking marijuana while rolling down the street would be considered illegal, because the street is considered a public place.

McFallo says he’s partnered with private clubs and will park the canna-bus on private property, not smoking while driving. He says he is aware of the state laws and will make sure his tours are compliant.