Authorities seized 800 pounds of dried marijuana and more than 5,700 plants with an estimated value of $6.5 million. 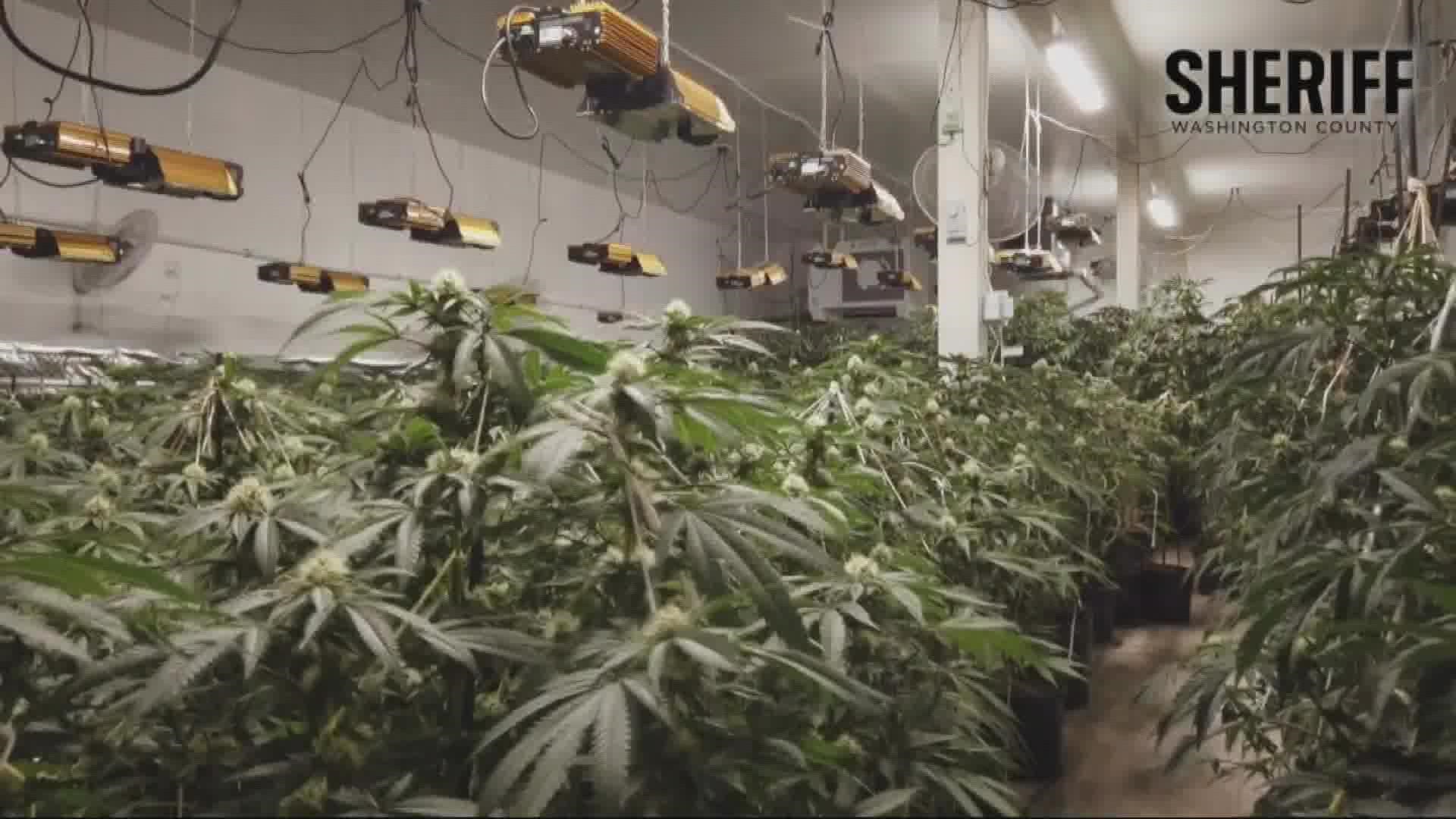 At first glance, the 29-acre property off Northwest Jackson School Road looked like a normal farm out in the country. On Thursday, authorities revealed that was not the case.

Inside those buildings, investigators found and seized more than 800 pounds of dried marijuana and more than 5,700 marijuana plants with an estimated value of $6.5 million.

The case has been forwarded to Washington County's district attorney, who will consider charges.