OED plans to process 70,000 backlogged claims between late June and early August. So far, the department has only processed about 6% of those. 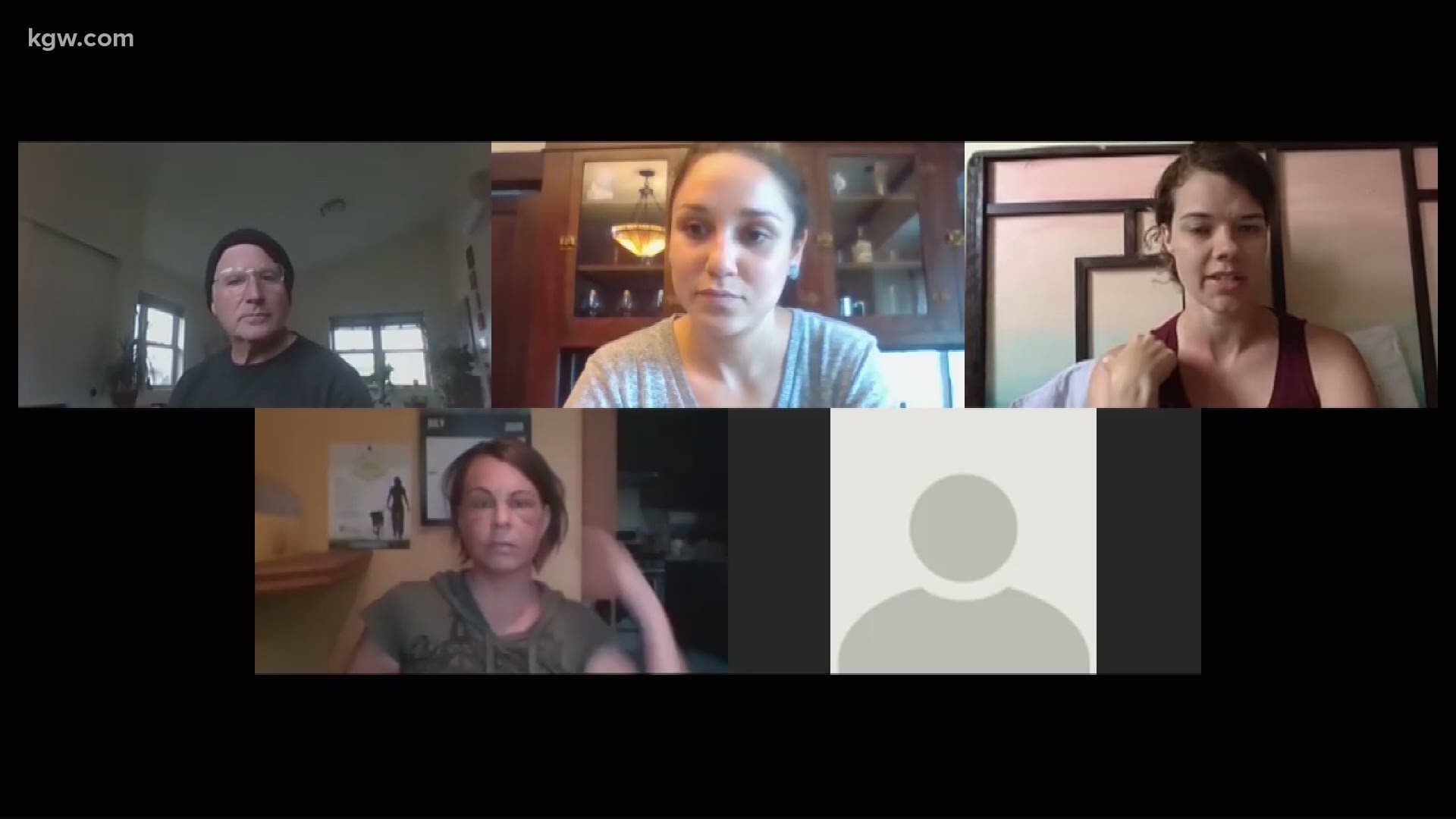 PORTLAND, Ore — Months into the pandemic we are still hearing many stories of people struggling to get benefits through the Pandemic Unemployment Assistance (PUA) program.

When the pandemic caused America's economy to come to a screeching halt, Congress signed the CARES Act into law. It set up the PUA program for self-employed, contract and gig workers who lost their jobs due to the COVID-19 pandemic and would otherwise not be eligible for unemployment insurance.

The Oregon Employment Department (OED) says it shifted resources toward a new initiative called Focus PUA. But dozens of Oregonians say that hasn’t helped them, and they're out of options.

Their hellish experiences filing for PUA in Oregon run the gamut, from calling hundreds of times every day and sitting on hold for hours, only to get hung up on, to no communication whatsoever.

RELATED: ‘How are you supposed to survive on nothing?’: Meet self-employed contract workers in Oregon frustrated waiting on help

“Not hearing anything I feel utterly forgotten,” said Wendy Bruder, a dog-walker and pet-sitter. "I had a really bad accident and that kind of just made everything really scary and different. So now I’m super stressed and still not hearing from anyone and it's scary and frustrating and now I have some serious medical bills."

Some received a one-time fat stack of checks.

"I got some checks in the mail and I was like, ‘hallelujah,’ so excited about this. And then the checks stopped," said Megan Gregory, a massage therapist and life coach. "A lady I talked to said they coded my thing wrong. I managed to become hovered between regular unemployment insurance, which I don’t qualify for, but not quite in PUA. I’m in a weird coding holding pattern."

“I started out OK. I filed and got seven checks in one day so I thought, 'that’s great.' Then I kept filing and I am going into the seventh week now and I haven't heard a thing," musician Donn Rochlin told KGW. "I want to focus on a solution. That's why I got on this call."

Others say they keep getting tossed around between employment department workers and given bad advice.

"I wish that when you talk to somebody if you could get somebody to write your information down and follow up with so many people it would be so much more helpful,” graphic designer Tasie Hampton said. “We're just calling and calling and asking and begging. Financially, I'm about almost through all my savings. Right now it's getting really scary."

"I feel like I'm literally in a washing machine and every time I think I'm going to get out they're like, 'no, we’ve got to restart this.' You're just back in it, tumbling around. You can't get any help," Hampton added.

“It almost seems like people that are supposed to be giving the answers don't have enough information to be giving answers,” Gregory added.

Through its new initiative, Focus PUA, OED says it shifted more resources to getting self-employed and gig workers’ PUA claims out of the logjam. Its goals are:

Oregon Employment Department Director David Gerstenfeld says the agency plans to get claims out of backlog by working with Google to roll out a new online PUA application system this month.

OED plans to process 70,000 backlogged claims between late June and early August. In one week the department has only processed about 6% of those, which is a little under 4,400 claims. That means it has more than 65,600 PUA claims alone to process over the next month to reach its goal.

The agency's data shows more than 92,000 PUA claims have been filed and only 23% them have been paid out.

For hard-working Oregonians who are still waiting for help, hanging on by a thread after depleting any savings they had, that just won't cut it.

One year ago, Nicki Severson and her family moved to Oregon from Wisconsin, where she was a teacher, to start her own photography business. She was building up her clientele when the pandemic hit. She is renting her house and said the property owners allowed them to pay for a year's lease upfront recently.

“For me that’s security, right? At least I know I’ll have a place to live for the next year. So I had to cash out my retirement fund,” Severson said. “I can't take things more than on a day-by-day basis because the stress of thinking into the future, it overwhelms me.”

Many self-employed, contract and gig workers have reached out to their legislators to see what they could do to fix the system, like improving the phone lines and technology OED uses. Some people tell us they’ve received calls back from legislators’ staff who put their names on a list and seem willing to help.

RELATED: State employees wasted hours on Instagram as unemployment backlog grew: 'A lot of us were playing on our phones'