Jereme Jeffries was shot four times while driving his car in Southeast Portland. 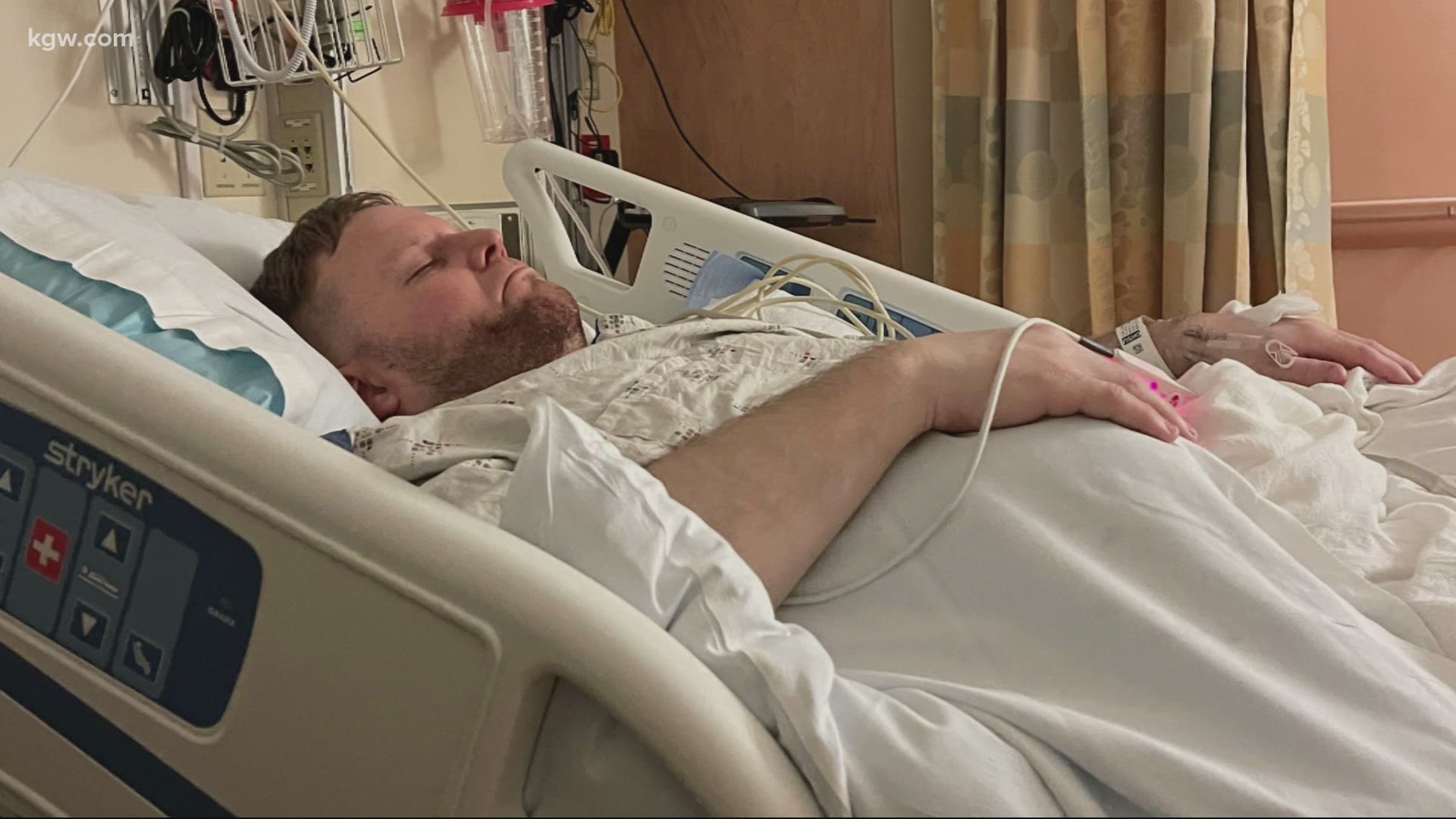 PORTLAND, Ore. — Ampelia Manuel will never forget the moment she and her boyfriend got caught up in a hail of gunfire. It was just before 1 a.m. Sunday. The two were in their car, near Southeast 68th and Powell, when somebody leaned out of the car next to them and started shooting.

Credit: Portland Police Bureau
The car was damaged by gunfire.

"It was very fast," said Manuel. "They were just shooting everywhere."

"I don't know how he managed to do it but he pulled over," said Manuel. "Parked his car calmly and immediately grabbed his stomach. He knew he was shot because he felt the blood. It was warm all over him."

Detectives believe this was a case of mistaken identity. They say on Saturday a car similar to what Jeffries and Manuel were driving was stolen in East Portland and used in a bunch of crimes.

"What we believe is rivals of some sort saw his vehicle and thought it belonged to rivals and started shooting at it," said Det. Calvin Goldring of the Portland Police Bureau.

Portland has grown accustomed to gun violence. There have been more than 880 shootings this year. That compares to less than 400 all of last year.

"It seems like it's getting out of control at this point," said Det. Goldring.

"It's scary to think how Portland has changed so much," added Manuel.

Manuel finds solace in knowing Jeffries will be OK. None of the bullets hit any of his vital organs.

RELATED: 'This should not go unchecked': Pastor reacts to fatal shooting blocks away from his North Portland church