Lawyer pepper-sprayed by Portland Mayor Ted Wheeler: 'I am remorseful'

Cary Cadonau was identified as the man who confronted Wheeler outside a Portland McMenamins Sunday night. Wheeler said he considers the matter closed. 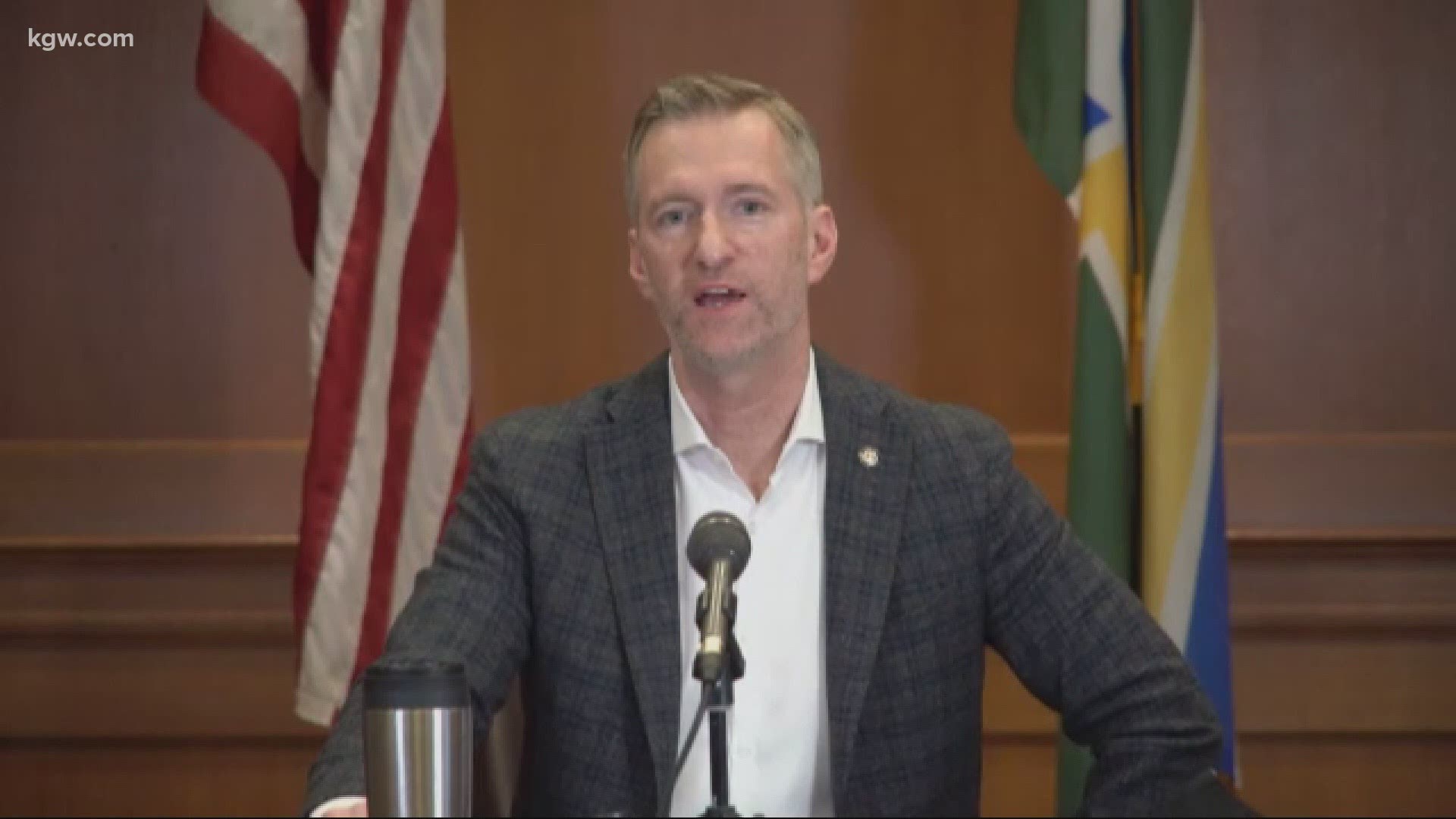 PORTLAND, Ore. — The Portland lawyer pepper-sprayed by Mayor Ted Wheeler Sunday night said he’s “remorseful” that he decided to confront the mayor outside a pub.

“I am sorry that he felt the need to use pepper spray,” Cary Cadonau wrote in a statement issued Wednesday evening. “I cherish Portland and our local community and recognize that Mayor Wheeler has a very difficult job.”

Cadonau is partner at a Portland law firm. An employee at the firm, Brownstein Rask LLP, declined to comment Wednesday.

“I would also like to apologize to my law partners for my conduct,” Cadonau wrote. “I have contacted Mayor Wheeler’s office to request an opportunity to amicably resolve this matter.”

"I’m hopeful that this will be a catalyst for all of us to return to healthy, respectful civic dialogue," Wheeler continued. "Our city and our nation are going through challenging and stressful times, and there is great passion about the need to create a different and better future."

The incident happened around 8 p.m. Sunday, according to a police report released the next day. Wheeler was, the report states, eating in a tent outside the Hillsdale McMenamins pub with former Mayor Sam Adams.

“I was leaving the Hillsdale McMenamins pub when I was confronted by a middle-aged white male,” the report quoted Wheeler saying. Police later identified the man as Cadonau.

He added the man appeared to be filming him with a cellphone.

“He indicated that he had been photographing me while I was inside the restaurant’s tent. He accused me of sitting in a restaurant without a mask,” the report quoted Wheeler saying, before he clarified he was not eating inside the restaurant but in an open-air tent outside. “I indicated he did not understand the rules and should probably have a better understanding if he was going to confront people about them.”

In an audio recording captured by Adams, Wheeler can be heard telling Cadonau, ”You are one foot away from me.”

Cadonau is heard saying, “You’re going to pepper-spray me?” Moments later, he can be heard saying “Oh my God.”

Adams, on the recording, then says, “You were not six feet away.”

The mayor is quoted in the report saying he feared for his personal safety, after recently being “physically accosted” in a similar situation, while out to dinner with a friend. Wheeler also filed a police report in that case.

No one has been arrested in connection with Sunday's confrontation or in the altercation earlier this month. Police say they’re investigating.

In an interview earlier this month, the mayor told KGW the increase in hostile encounters between public officials and their constituents is both concerning and not limited to Portland.

“That’s not OK," Wheeler said. "And the reason it's not OK is because ultimately I think it's an act of intimidation. And when I talk to my friends and they see these things, they're like, ‘This is why I would never run for public office.' I’ve heard from some of my friends in the media that people don't like to write letters to the editor, with their names on them anymore. That's really having a dampening impact on democracy.”