The 37-year-old man was swimming in the surf off Rockaway Beach when his mother lost sight of him. 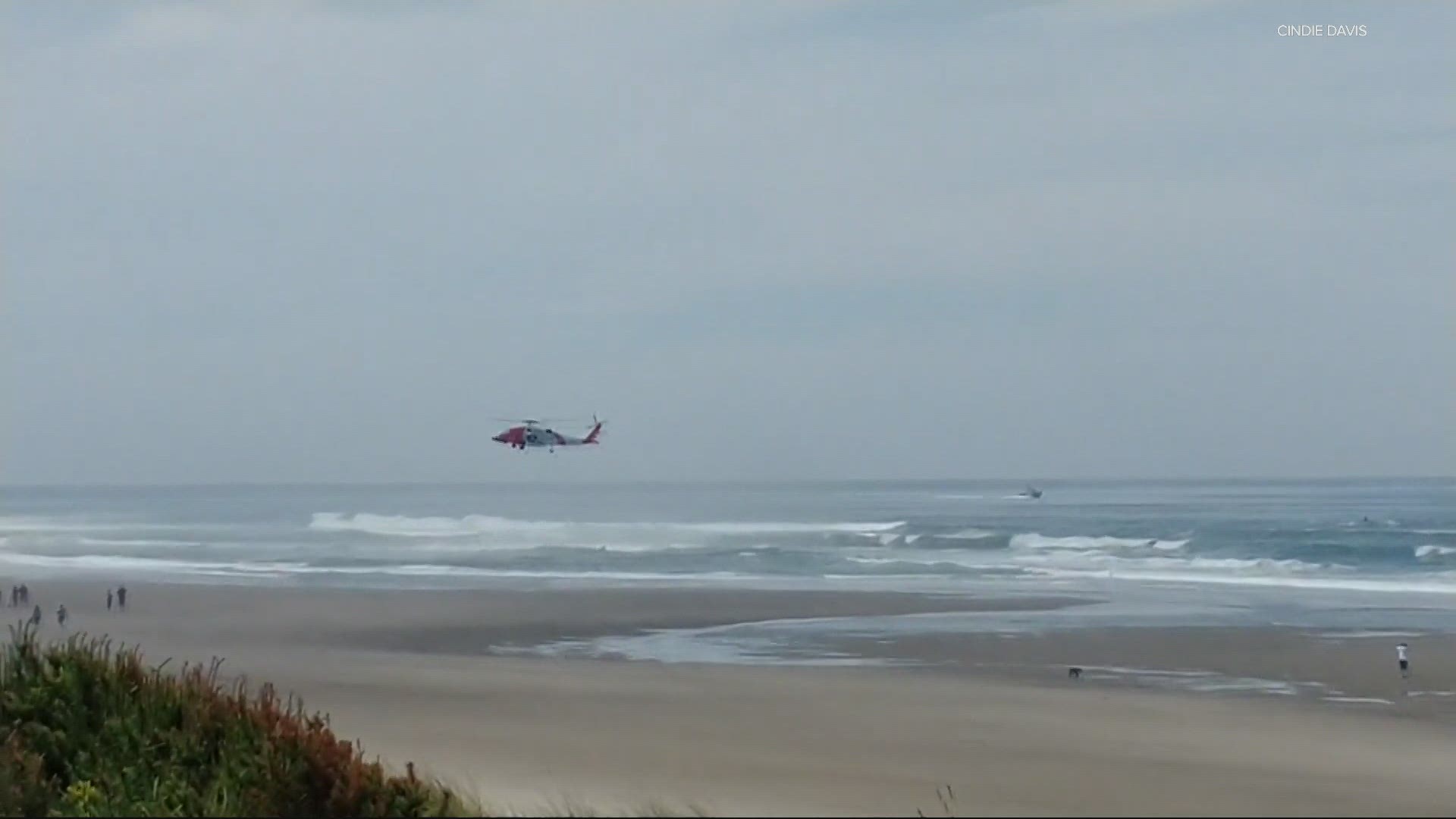 ROCKAWAY BEACH, Ore. — A 37-year-old man died near Rockaway Beach on Monday morning, according to the U.S. Coast Guard.

The man's mother reported around 11 a.m. Monday that she'd lost sight of him as he was swimming in the surf off Rockaway Beach.

The Coast Guard activated search and rescue crews and a helicopter crew was able to located the man. A rescue swimmer pulled the man back to shore. Emergency medical crews commenced CPR but the man did not survive.

RELATED: Search suspended for 14-year-old possibly swept out to sea near Long Beach

In a separate incident Monday afternoon, a 14-year-old boy was reportedly swept offshore near Long Beach, Washington. The Coast Guard announced Tuesday morning that they suspended the search.

The Coast Guard reminds anyone on or near the water to be mindful of tides, current and surrounding conditions.

RELATED: June begins with possible record heat in the 90s