Mark Lee, 23, was arrested on three counts of menacing and one count of disorderly conduct in the second degree. 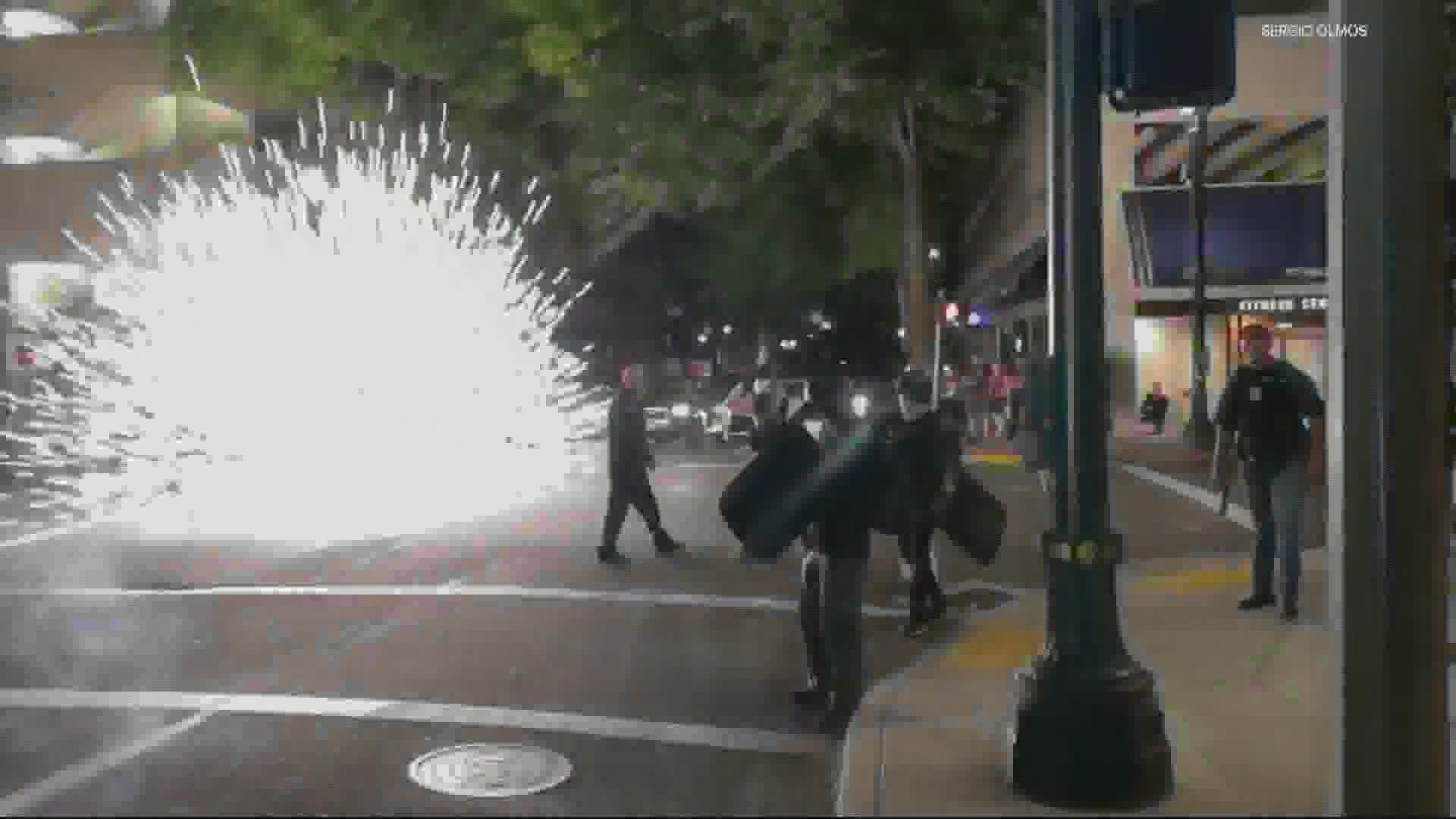 PORTLAND, Ore. — The man seen in several viral videos walking through downtown Portland with a rifle-style airsoft gun has been charged with three counts of menacing and disorderly conduct in the second degree, Portland Police Bureau (PPB) said in a press release.

According to PPB, Mark A. Lee, 23, of Portland called police on August 8, 2021 as several people began following him as he walked through the streets of downtown Portland with appeared to be an AR-15 style rifle. He was wearing a military-style tactical vest and had half his face concealed under a mask as he was seen pointing what was believed to be a rifle at people following him. He was instructed by police to continue walking to the Central Precinct. PPB said officers there confirmed his rifle was not a real firearm but an airsoft gun.

A far-right extremist points his rifle at @wweek journalist Justin Yau (@PDocumentarians) during a confrontation between anti-fascists and right-wing militia in Portland, Oregon on Sunday Aug. 8, 2021.

There was ire over why Portland police did not respond to the many calls that were placed about a man with a rifle walking the streets. PPB said there were limited officers due to “several priority incidents occurring in the Central Precinct including a homicide investigation and managing a subject in crisis related to an armed robbery.” It said it was preparing resources in the event it was needed for the event that had happened at Tom McCall Waterfront Park earlier in the day on Aug. 8 but the event ended before the resources were available.

Officers released Lee on Aug. 8 and asked anyone who had been a victim of a crime to file a report.

On August 9, 2021, the Central Precinct Neighborhood Response Team (NRT) took over the case and looked at videos on social media that showed Lee pointing the Ar-15 style airsoft gun toward at least two people. NRT spoke with witnesses and identified a victim. On Aug. 12, NRT went to Lee’s home and arrested him. They confiscated his shirt, vest, gas mask, airsoft gun and seven knives.

Central NRT continues to seek witnesses from this incident and requests that anyone with information e-mail them at crimetips@portlandoregon.gov with special attention to Central NRT. Please reference case number 21-219221.