Portland police say evidence at the suspect's home indicates there may be more victims. 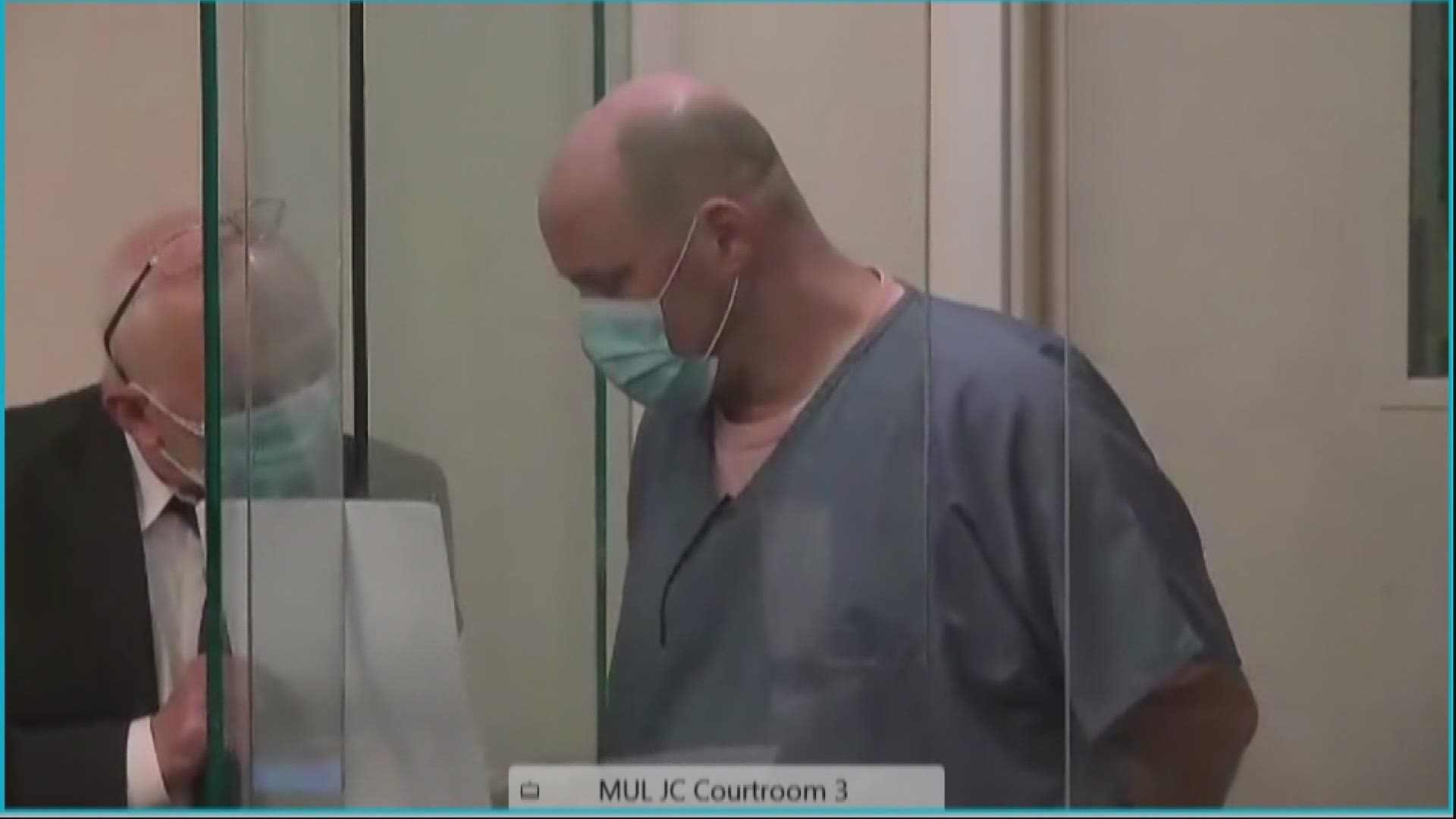 PORTLAND, Ore. — A grand jury indicted a man on murder charges Wednesday for two killings in Portland, more than 20 years apart, according to the Multnomah County District Attorney's Office.

Investigators said they connected Christopher Lovrien, 53, to the deaths of Mark Dribin and Kenneth Griffin. There is no known connection between the suspect and those men.

Lovrien was arraigned in court Thursday morning, charged with two counts of second-degree murder, one count of abuse of a corpse and six counts of being a felon in possession of a firearm.

The timeline for the case is complicated, spanning back more than two decades.

Mark Dribin disappeared in July 1999. Police never found him, and the case went cold in August 2000.

However, DNA evidence collected in 1999 from Dribin's home eventually was connected to Lovrien in 2019 when police reopened the cold case.

Police questioned Lovrien in November 2019, but did not arrest him.

In February 2020, another man, Kenneth Griffin of Portland, disappeared. Police did not connect Lovrien to that case at the time.

Then in April 2020, the 1999 DNA evidence gave police enough to receive a warrant to arrest Lovrien. In May, they charged him for the murder of Mark Dribin.

When police searched Lovrien's property that month, they found Griffin's dismembered remains in a shed.

"Investigators have reason to believe that there may be additional homicide victims based on evidence found at the residence of Lovrien," the district attorney's office said in a news release.

On Thursday, the Portland Police Bureau (PPB) and the DA's office hosted a news conference about the case. Neither would say what that new evidence was, in case publicly revealing it would jeopardize the active investigation.

Cold case detectives did say they're looking to speak with anyone with information about missing persons who may have been in touch with Lovrien while living under the Interstate 205 bridge in Southeast Portland between summer 2019 and May 2020.

In a news release, District Attorney Mike Schmidt thanked PPB detectives and Oregon State Police forensic scientists for "refusing to give up on cold case homicides."

"Time will never stand in the way of justice," Schmidt said. "The families and friends of those murdered never forget – and neither will we."

RELATED: 'It has reached crisis proportions': Man shot and killed in Portland's 20th homicide of the year