The suspect in the case, Frederick Sorrell, started crying after a court appearance last year, and said he was sorry. 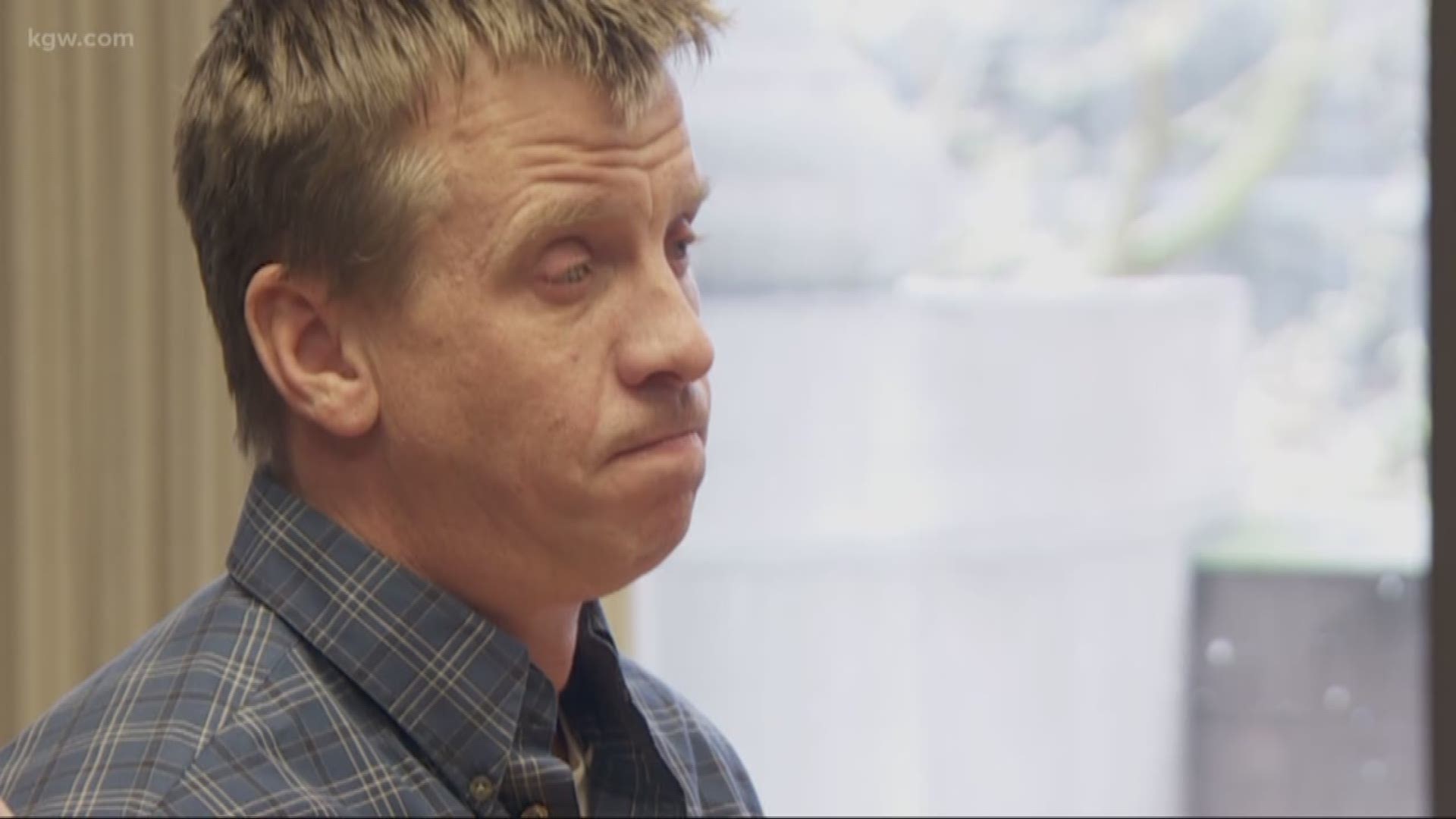 PORTLAND, Ore. – The trial of a man accused of threatening a Muslim couple in Portland was scheduled to begin Wednesday, but opening statements did not occur as scheduled.

The suspect in the case, Frederick Sorrell, pleaded no contest to two counts of second-degree intimidation and was found guilty by the judge. He faces up to a year in prison and will be sentenced in May.

Sorrell admitted his actions in an interview with KGW outside the Multnomah County Courthouse.

In May 2017, Sorrell was accused of driving next to an Muslim couple in Portland for 20 blocks and of trying to hit their car several times.

Alekzandr Wray and his wife, Jaminah Shannon were driving to the hospital. Jaminah was pregnant and needed medical attention.

They said suddenly a van pulled up on the passenger side of their car.

Wray described what happened next during a court hearing Wednesday.

“So when I slowed down to give him the space to drive away? He slowed down his vehicle and continued to assault my family verbally. I sped up to speed away from him and he sped up to stay next to my family and cuss at us, yell at us, call us terrorists, tell my wife to take her f---ing berkah off. Tell us to go back to our own f---ing countries. When my family has been here since the earliest slave ships that came to this country. So my family is possibly more, has been in America longer than his has," Wray said.

“And to have a handgun gesture pointed at me and pulled three times at a stop light while Mr. Sorrell hangs out a window and has to turn around and physically point at me and my wife three times, two days after a well-known neo Nazi stabbed and killed two men standing up to defend two Muslim women -- two days after that happens in Portland I have this man physically threatening me and my family to shoot us!” Wray said.

Wray and his wife both called on Oregon to pass stricter laws against hate speech and intimidation.

Sorrell apologized in court. "I have no excuse for what I did," he said.

Outside the courthouse, Sorrell said the couple didn't deserve to be yelled at.

"I got picked on, beat up just for wearing my hair different and wearing clothes different, and yet here I am being a hypocrite all these years later, all because of a political hotbed where Facebook puts people on opposite sides of one another," Sorrell said. "I don't want a part of any political hot mess anymore because all it does is make me angry."

Sorrell started crying after a court appearance last year and said he was sorry.

He did admit to yelling at the couple.

“I guess my fear and paranoia, I just yelled out. I don’t go on social media looking to hate on people," he said. "I guess my ignorance and my stupidity is why I opened my mouth, and I shouldn’t have and I claim full responsibility.”